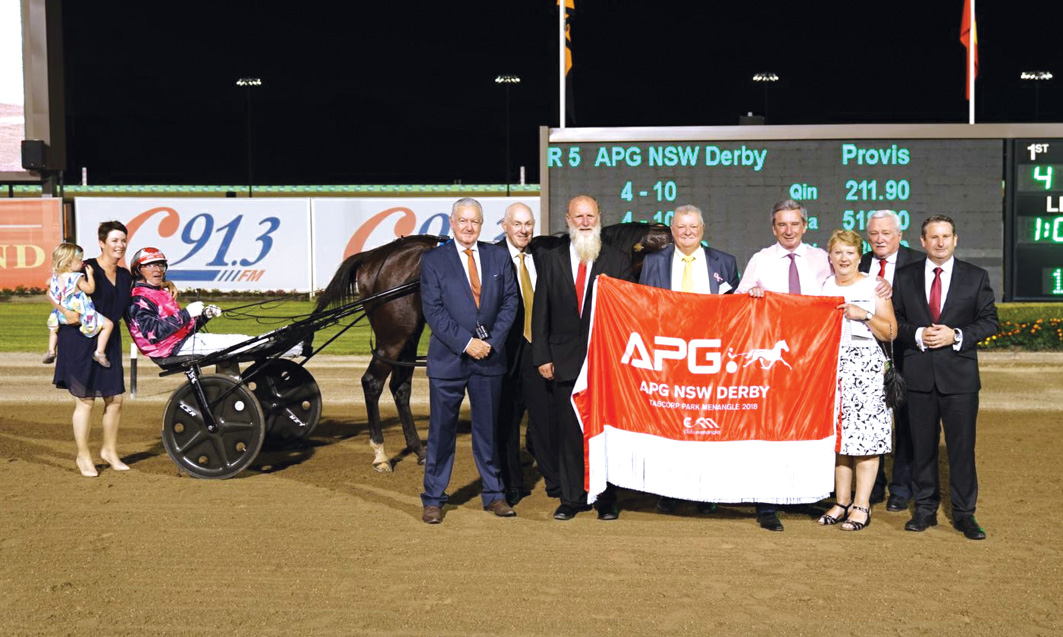 Record breaking trainer does it again

NO STRANGER to breaking records, Victorian horsewoman Emma Stewart has done it again.

It’s believed to be the first time a trainer has filled the trifecta in the classic, which was first run in 1930.

Amazingly, it is the fourth time Stewart has trained the placegetters in a Group One, with Poster Boy and Tam Major involved in two of the four.

Driven by Chris Alford, Poster Boy was once again to the fore, claiming the Derby ahead of Tam Major and Major Times.

In what also doubled as a trifecta for Australian Pacing Gold eligible youngsters, Poster Boy rated 1:56.7 over 2400 metres.

“I’ve said all along Poster Boy is a special horse and he was too good again tonight,” Stewart said. “Earlier in the week I also pointed out he was our best chance.

“To finish with the first three home is just an amazing result and I’m thrilled for our owners.”

Stewarts plans to give Poster Boy a fortnight off before aiming the son of Somebeachsomewhere at his Vicbred title defence.

Less than an hour before the Derby Stewart captured the Ladyship Mile with promising mare, Carlas Pixel, which was driven to perfection by Luke McCarthy.

Causing a minor upset in the Group One, Carlas Pixel accounted for Delishka and Rocker Band in 1:49.5.

Stretching her record to 14 wins and 12 placings from 39 starts, the Australian Pacing Gold purchase became the equal second fastest mare in the southern hemisphere.

Adore Me holds the top mantle thanks to her 1:47.7 performance, with Arms Of An Angel also stopping the clock in 1:49.5.

Hoping for a second miracle
He aint ugly…he’s my trotter
Ace trainer back on his happy hunting ground
Hurrikane blows rivals away in $250,000 Final
About author