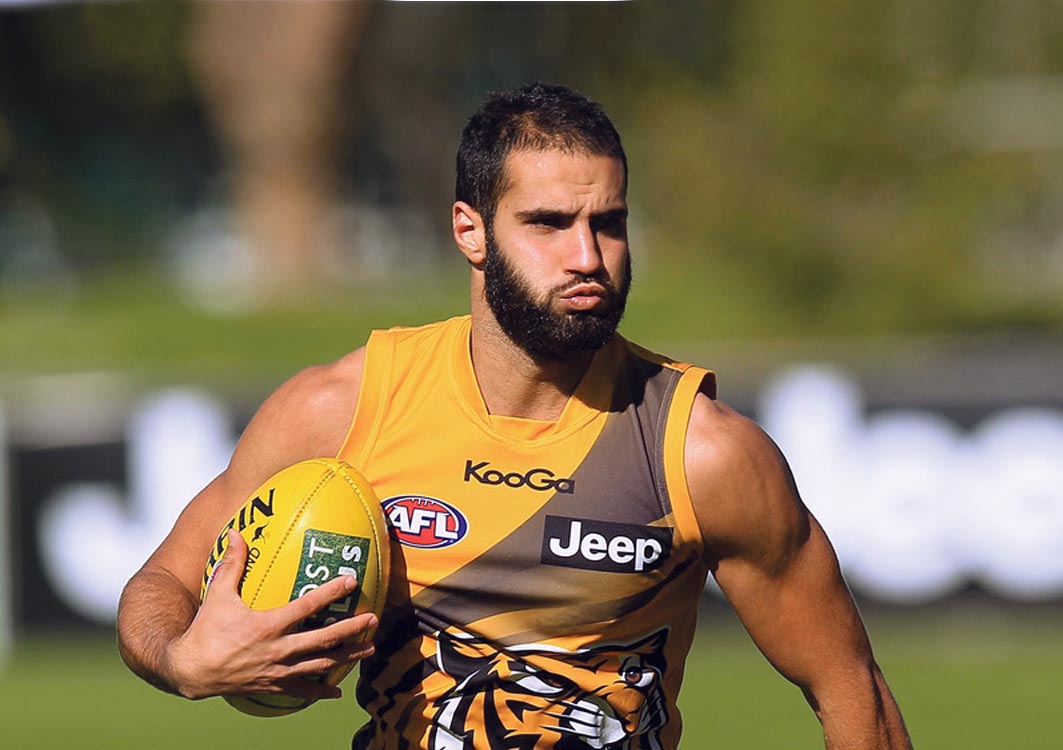 One of Richmond’s favourite sons, Bachar Houli will be on the sidelines tonight when the Tigers take on the Blues in the Australian Football League season opening.

“Bachar isn’t playing, but I can only hope he and the rest are on the losing list tonight,” Reggett said. “It’d be good to see the Blue Boys start off with a win, although they are long shots.”

In 72 hours Reggett will be chanting for Houli – Dasher Houli – when he races over 2200 metres.

Triumphant at his last four starts, Dasher Houli is also among the favourites to make his way into the winners’ circle after drawing well in barrier three.

“We left naming him up to one of the owners, Sharon Bailey, and this is what he ended up being,” Reggett explained.

“We tried to get Bachar, but it was denied, so Dasher it is…it would’ve been better if Sharon picked Jezza or Silvagni!

“He’s come back in great form and hopefully he will continue that in Launceston, which will be a solid test for him as he is up in grade.”

Confident Dasher Houli can make his way through the classes, Reggett is considering a trip across Bass Strait with the son of Stonebridge Regal.

“I’ve got nothing special set out for him, but I wouldn’t mind going over to the mainland for a stint to try and pick up a win or two,” Reggett said.