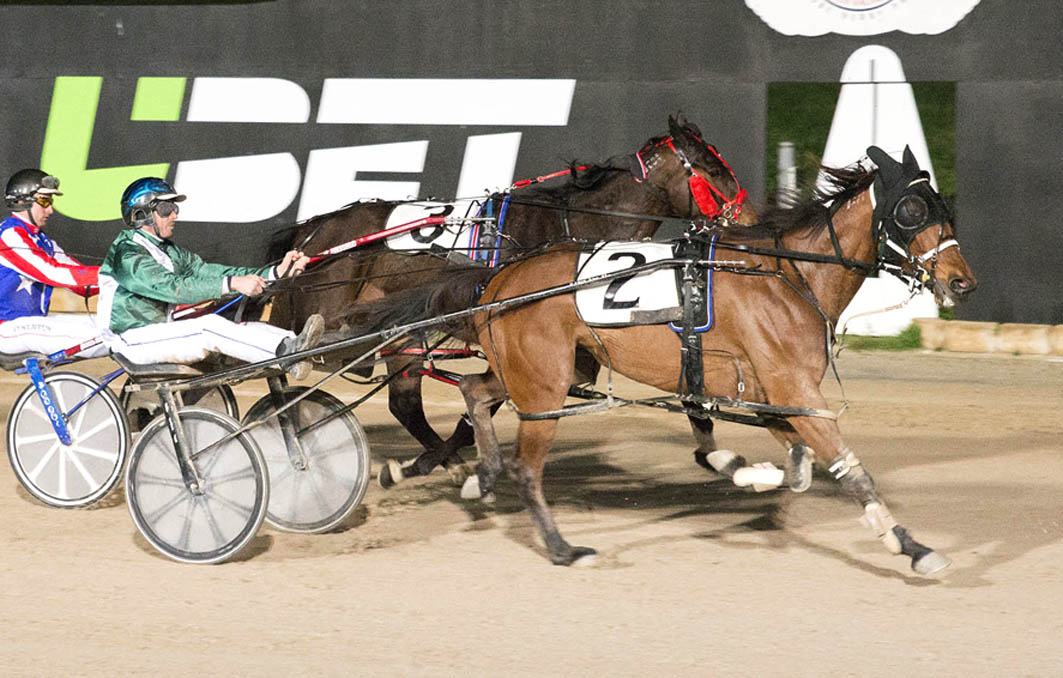 REJUVENATED pacer Barney Fella will be out to complete a Port Pirie hat-trick on Saturday night. Successful at his last two starts – both...

REJUVENATED pacer Barney Fella will be out to complete a Port Pirie hat-trick on Saturday night.

Successful at his last two starts – both at the provincial venue – Barney Fella has drawn the pole in his bid for a third consecutive win.

Before his current good form the Dominic Tattoli–trained gelding was absent from the winners’ circle for 17 months.

“He is older and more cunning,” Tattoli said. “He wasn’t going as well so I eased up on his work but he got worse, so put the work back into him he got better again!

“He’s turned the corner a little bit and is going alright.

“In his last couple of starts he has won from good draw or with right sit and hopefully that will be the case again on the weekend.”

Rating Starlight Rainbow as the biggest danger, Tattoli believes each of Barney Fella’s five rivals can play a role in the finish.

“I think he will lead from three and be hard to run down,” Tattoli said. “If we can sit behind him we will be a good chance up the straight.

“It’s only a small, but even, field and it you wouldn’t be surprised regardless of which horse won.”