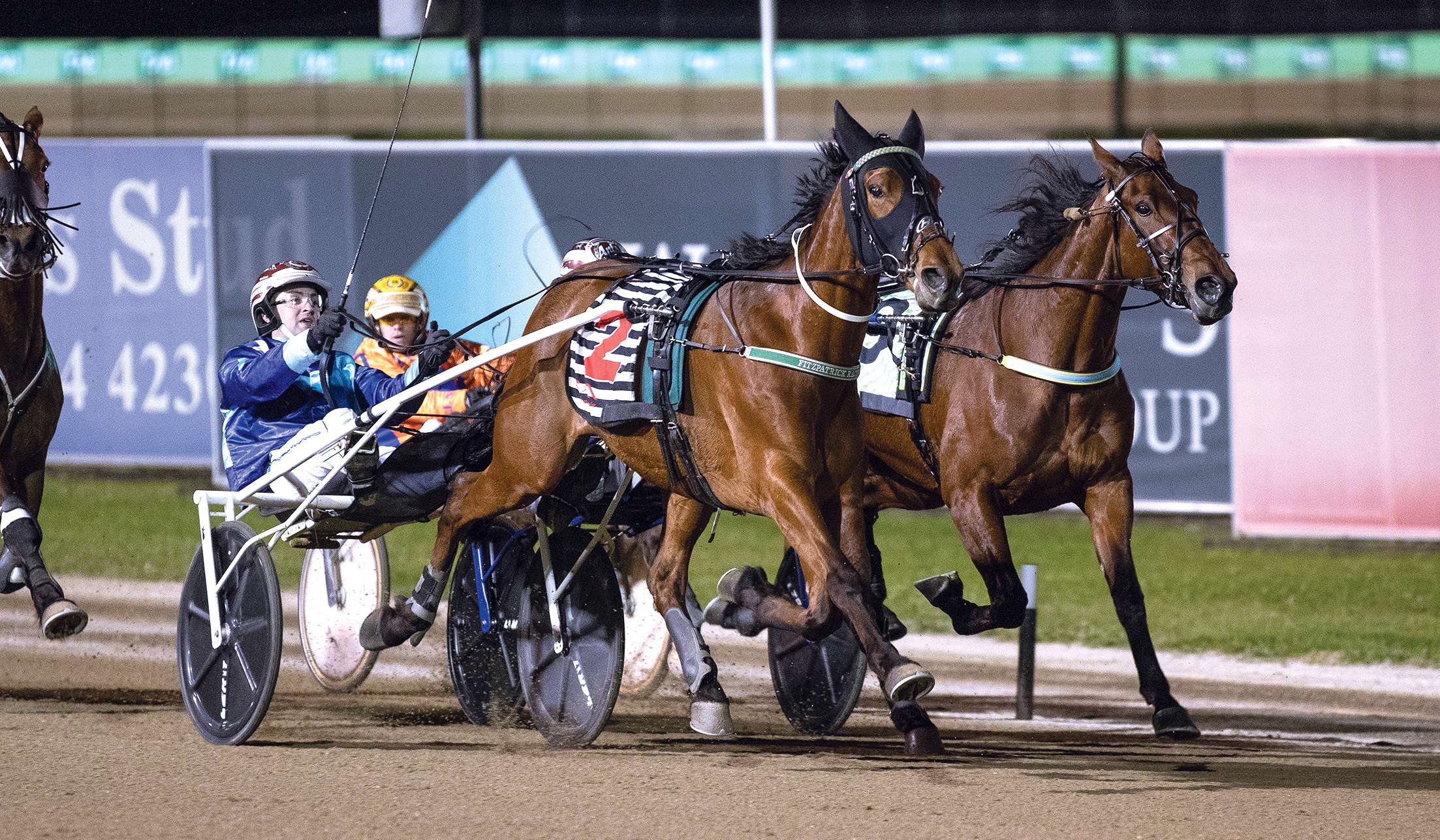 PLANS remain uncertain for Pegasus Elegance despite her victory at Tabcorp Park Menangle last night. Causing a major upset at $51 on the Tote,...

Causing a major upset at $51 on the Tote, the consistent trotter may be retired to stud according to trainer Blake Fitzpatrick.

“This will be her last season of racing and she may even go to stud this season,” Fitzpatrick said. “She has done a good job throughout her career and has won over $100,000 in stakes.

“A decision will be made whether she keeps racing or heads to the breeding barn in the next few weeks.”

Driven by Jack Trainor during her latest win, Pegasus Elegance was settle two-back along the pegs from barrier two as Rompers Monarchy dashed to the lead from gate.

Skillfully angled away from the inside to be four-wide around the home bend, the daughter of Pegasus Spur dashed to a two-metre win from Lily Stride, with Amandas Spur two metres away third.

Taking her record to 14 wins and 26 placings from 56 starts, Pegasus Elegance covered the mile in a personal best 1:54.6.

“She has been racing well with three placings from her previous four starts, but this was a step up for her,” Fitzpatrick said. “On her work and form I felt she could run another placing but i wasn’t expecting a win.”

While he felt Pegasus Elegance deserved to be among the outsiders based on the strength of her opposition, Fitzpatrick considered the $10 Pat Stanley paid for his win as “overs”.

With Fitzpatrick in the cart, Pat Stanley accounted for Benalong Valley and Muscle Mach in 1:51.9.

“He’s been in top form with two wins from his last three starts and has built a descent record so I thought his odds were overs,” Fitzpatrick said.

“He is the kind of horse which can win a couple in town, but with the national rating system, he may get to his mark quicker than he should like so many horses will.

“For now I will find what I can for him ad see how he goes.”