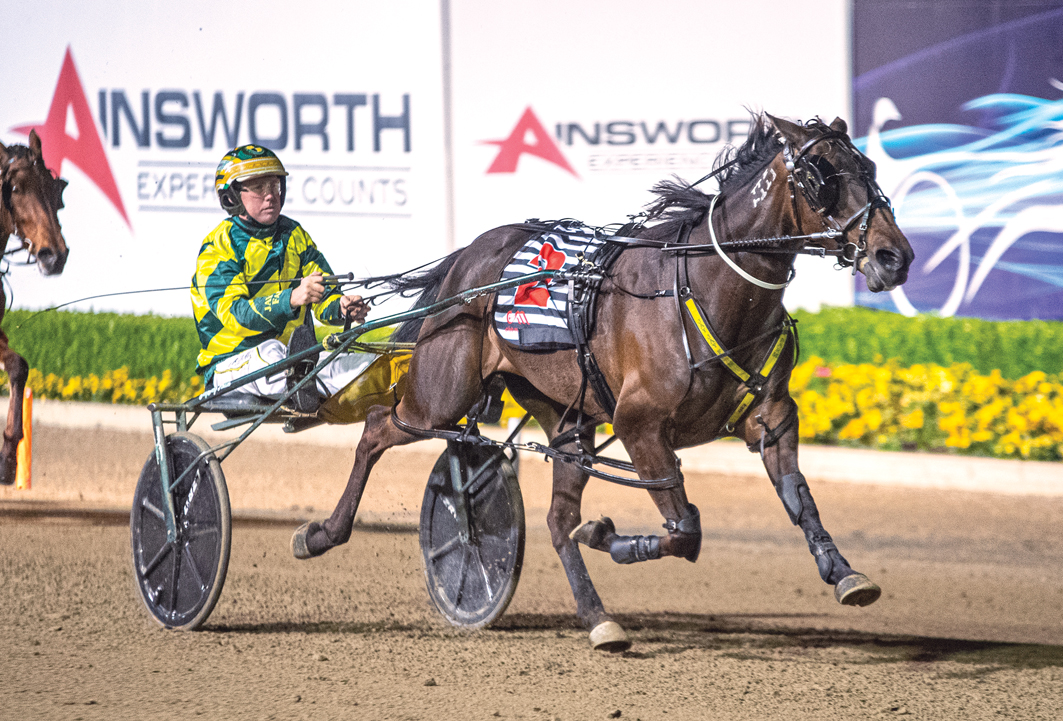 Expected to compete at the same venue next week, Du Vella is likely to be sent to the breeding barn according to trainer Paul Fitzpatrick.

“Next week could be her last race,” Fitzpatrick said. “Putting her in foal has been discussed among her owners, but a decision is yet to be made.

“We’ll know more within the next week, but when it does come time to breed she should produce some handy foals.”

Driven by Fitzpatrick’s son Gavin, Du Vella was angled onto the pegs from barrier two to gain the run of the race behind Shandance, which led from the pole.

Taken into the clear at the top of the home straight, the daughter of Courage Under Fire sprinted to a 10-and-a-half metre win from the pacemaker, with Hot Flush a neck away third.

“She got a good trip and was able to make the most of it,” Fitzpatrick said. “It was very pleasing the way she finished it off.

“Next week’s race is a similar mares’ event, so with the right run she will be hard to beat again.”

Covering the mile in 1:52, Du Vella provided the second leg of a double for the father-and-son combination who scored with Scooterwillrev earlier in the program.

Eased towards the tail of the field from barrier five, Scooterwillrev was four-deep around the final bend before dashing to a three-metre win from Bohannan, with Lucky Iffy two-and-a-half metres away third in 1:55.8 over 2300 metres.

“That was a good run from him, Fitzpatrick said. “He has taken time to adjust to the class and style of racing at Menangle since coming from Tasmania, but that was a better effort.

“I will put him around next week and look to win what would be an M0.”