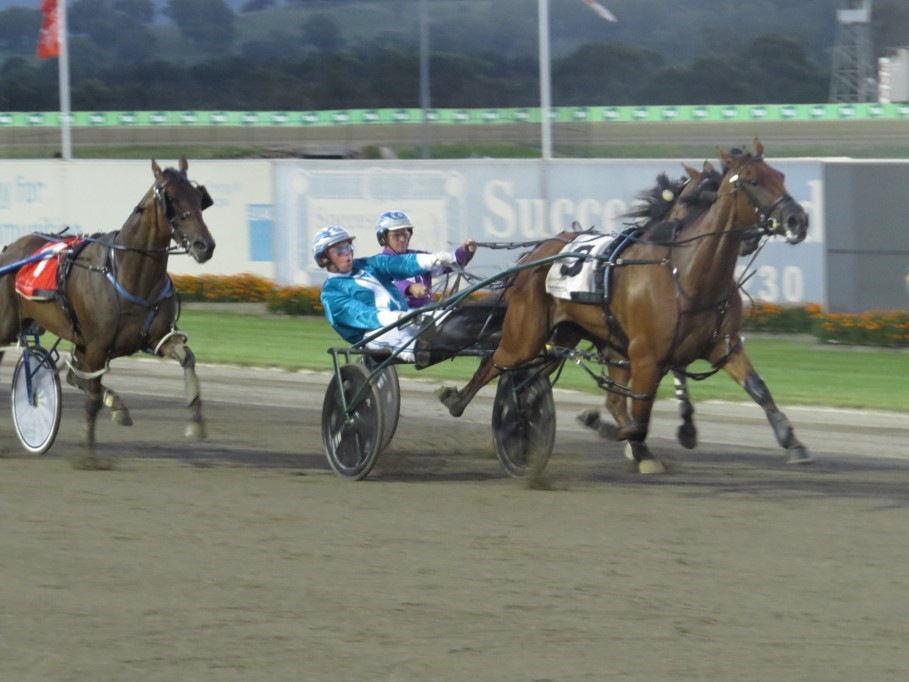 ONE OF THE GREAT MARES TO COME OUT OF COUNTRY NSW: The mighty Frith scores at Menangle. Hopefully more will follow.

Rich series a lure for mares racing in regional areas

David Wonson16 Mares' series1
MARES from all around NSW will be the next big winners at Menangle, thanks to the success of their current Country Series. A new...

MARES from all around NSW will be the next big winners at Menangle, thanks to the success of their current Country Series.

A new series, to be run exclusively for mares, will begin at some of the state’s major country tracks next month, with a final to be run at Tabcorp Park Menangle near the end of the month.

With $20,000 finals up for grabs in the final as a major ‘carrot’, heats will be run for $9996 and each series will be contested bi-monthly with similar conditions to the Country Series.

Bathurst will open the batting with a heat scheduled to be run there on Wednesday, August 18.

The Hunter Valley mares will get their shot at the big money when they contest a heat on Friday, August 20 while the Riverina joins the party with a heat run at the Wagga track on the same night, August 20.

That gives all the contenders ample time to get over their run and be at Tabcorp Park Menangle on Saturday night, August 28 for the rich final.

According to Club Menangle racing manager David Wonson, the August series will be for mares four-year-old and older with a rating up to 60.

“The series’ overall conditions are the exactly the same as they are for the existing Country series,” said Wonson.

“The only difference is that this is for mares only.”

Wonson explained that the feedback that the No 1 club had received from country participants was that there was a lack of opportunity for mares racing in the country regions.

“This series will provide more opportunities for mares four-years-old and upwards racing in country regions to extend their racing careers,” he said.

“Hopefully that will also lead to some of the mares graduating into the metropolitan mares’ system.”

Drivers be warned: Mask up, or else!
No more ‘Smoke’ and mirrors at Tabcorp...
IT’S A MARQUEE NIGHT FOR TANYIA
Record trial the talk of the town as the action st...
About author