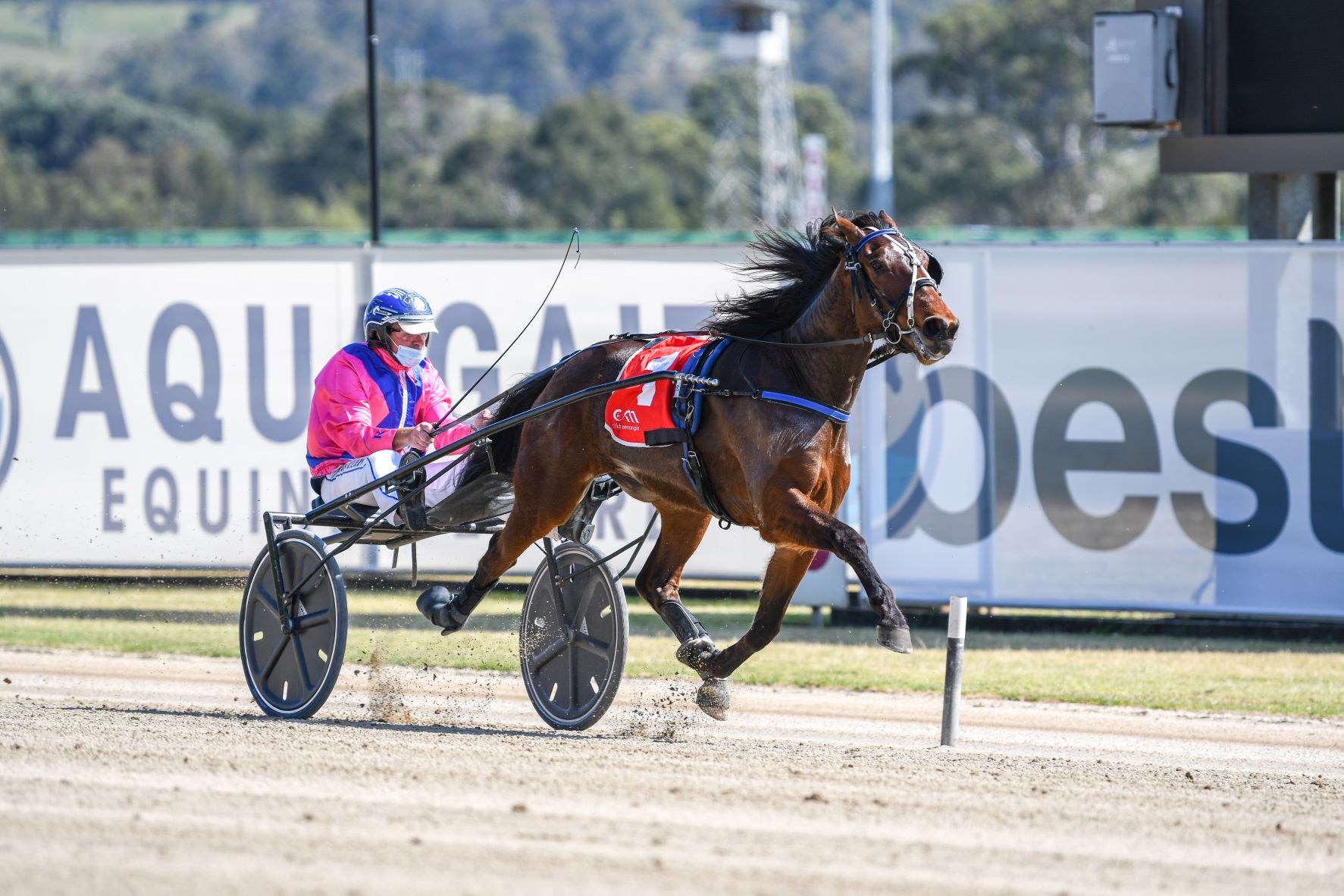 Rickie’s gearing up for a big day out

Rickie Alchin7 Watts Up Majestic1
MAYBE it was the weeks spent basking in the sunshine when he wasn’t landing winners at Albion Park. Either way, Menangle Park horseman Rickie...

MAYBE it was the weeks spent basking in the sunshine when he wasn’t landing winners at Albion Park.

Either way, Menangle Park horseman Rickie Alchin has bounced back into Sydney with renewed vigour and is lining up what could be one of his best days yet at Tabcorp Park Menangle today.

Alchin normally keeps himself busy educating young horses before many of them go on to other stables, where quite a few make it all the way to the top.

These days Alchin has decided to split more of his time into keeping and racing some of the horses he has put so much time and patience into.

“I’m looking for a bit more of a balance these days and focusing more on the racing side of things,” said Alchin.

“I’ve been heading up to Queensland during our winter for about four years ago and I enjoy the racing up there.

Meanwhile Alchin heads for Menangle today with eight drives on the 10-race program and must be quietly confident with at least two of them.

The first of his potential wins should occur in Race 1 when Alchin steers the impressive Watts Up Majestic ($1.40), a three-year-old trotter who trotted the mile in 1:54.2 a fortnight ago for a six-metre win over his older rivals.

“He did win the Breeders Crown as a two-year-old so this fellow has bigger fish to fry,” said Alchin.

“The plan is to head to Melbourne for the Victorian Trotters Derby so he’ll really need to give this a shake if he is to be competitive in that.”

Alchin’s other ‘plum’ drive is the classy Captain Crusader ($1.33) in Race 6, a heat of the Breeders Challenge for three-year-old colts and geldings.

“He’s a quality horse who has been placed in Group 1s,” said Alchin.

“I think you can put a line through his latest start when he finished sixth.

“He’s been placed in something like 15 of his last 17 starts and if he can get through to the Breeders Challenge final, I really think he is a live chance of winning, depending on where he draws.”

Alchin will be hoping he can also drive a winner for his little brother Alex in Race 3 when he drives first starter Im Vexatious ($21).