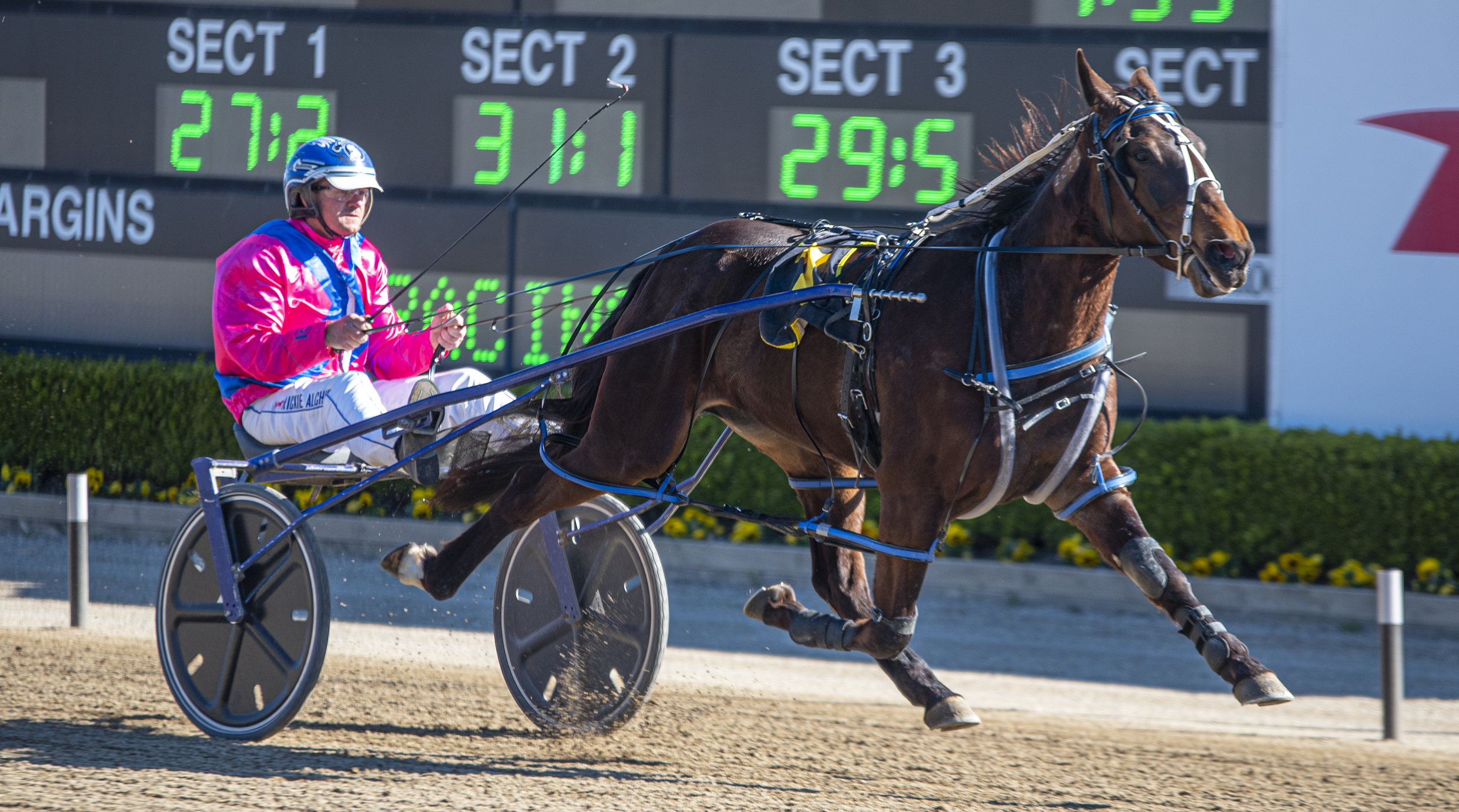 Alchin finished last year with plenty of momentum thanks to the feats of his star trotter Touch Monarch, who qualified for the Inter Dominion Trotters Final in Auckland.

Although he missed a place after a hard run, Alchin has returned to his Sydney base with plenty of confidence his square-gaiter can go on to bigger and better things in 2020 – starting with next month’s Group 1 Great Southern Star in Melbourne .

“I gave him about 10 easy days after New Zealand and he had his first trot yesterday as we head towards the big Melton race,” said Alchin.

“I’m not certain whether or not I will drive him in the Great Southern Star. I may stick with Chris Svanosio, who usually drives him in Melbourne – but we’ll wait and see.

“He may race at Menangle on January 25, a week before the Great Southern Star.”

In the meantime Alchin will have three runners at Penrith tonight, including the talented filly Adira, who will be chasing her third win from just four starts when she goes around as the $1.75 favourite in Race 2, the TAB Odds And Evens Pace.

It’s no secret that Alchin has quite an opinion of Adira, who already has wins at Menangle and Newcastle on her resume.

She has had a couple of easy trials and Alchin is looking forward to her return to the track tonight.

“She’s a speedy little filly and she has a bit of a future,” said Alchin.

She’s probably our best hope tonight, for sure.”

Alchin also has Always A Duchess in Race 6 and looks a great each-way chance at the $26 in early markets.

“I don’t know much about Kevin Pizzuto’s horse, Chewalla, who is very short but Always a Duchess’ run at Bankstown the other night was probably better than it looked.

“They went 1:57 around Bankstown and she was back near last. She’s no star but she is honest.”

His other starter Mony Mony had three recent runs in the Homegrown Series in Melbourne and Alchin says her efforts down south were pretty good.

“She drawn pretty well for her first start back here and she can run a place, for sure,” he said.

Rickie’s brother Jarrod also has a couple of good chances at Penrith with Spring Campaign ($5) in Race 5 with young Jacob Wallace getting the drive.

Jarrod also has Letterkenny Boy, the $1.65 favourite in Race 8 and will take the steer himself.

Alchin heads for Tamworth with high hopes
Late Mail ‘unmasked’ for Menangle Satu...
A Delightful Win
Alchin on target for a big weekend
About author