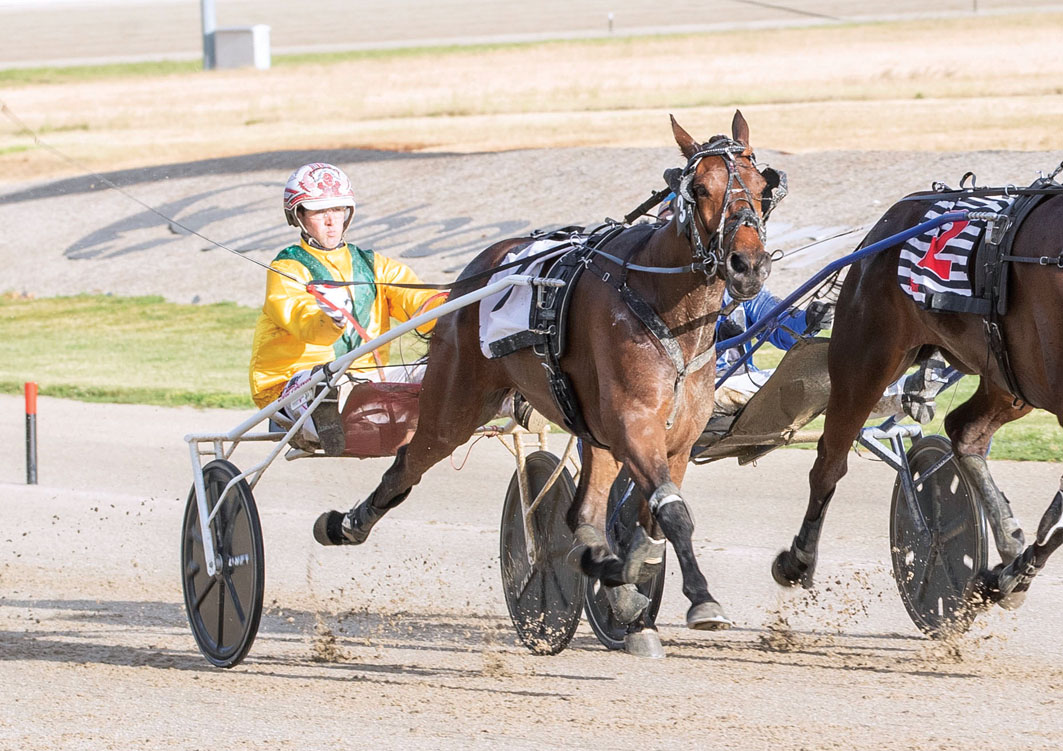 Riding crest of a wave

VICTORIAN horseman Chris Svanosio continues to ride the crest of a wave. With team racing in top form Svanosio has made regular trips to...

VICTORIAN horseman Chris Svanosio continues to ride the crest of a wave.

With team racing in top form Svanosio has made regular trips to the winners’ circle this season – particularly during the past eight days.

Driven by Svanosio, Magicool raced in the ‘death seat’ before scoring in 2:04 for the 2650-metre stand as Father Christmas and Tornado Valley filled the placings.

“Magicool is in great form,” Svanosio said. “He won well at Melton then backed it up with a strong run five days later.

“He came off 10 metres in the Cup and is likely to go back to 20 now which will make it harder in that level Cup.

“I’ll have a look at stepping him up to some of the stronger Cups and see how he goes.”

Also overcoming a 10-metre mark with Svanosio holding the reins, Kyvalley Finn scored by a head from Jerichos Trumpet, with Jackson Square two-and-a-half metres away third.

“That was another good run from him,” Svanosio said. “Rarely does he put in a bad run.

“It’s going to get harder for him in these Cups too, so I’ll see what there is for him in Melton.

“If he keeps racing as he is, I’ll look at some of the better races in the New Year.”