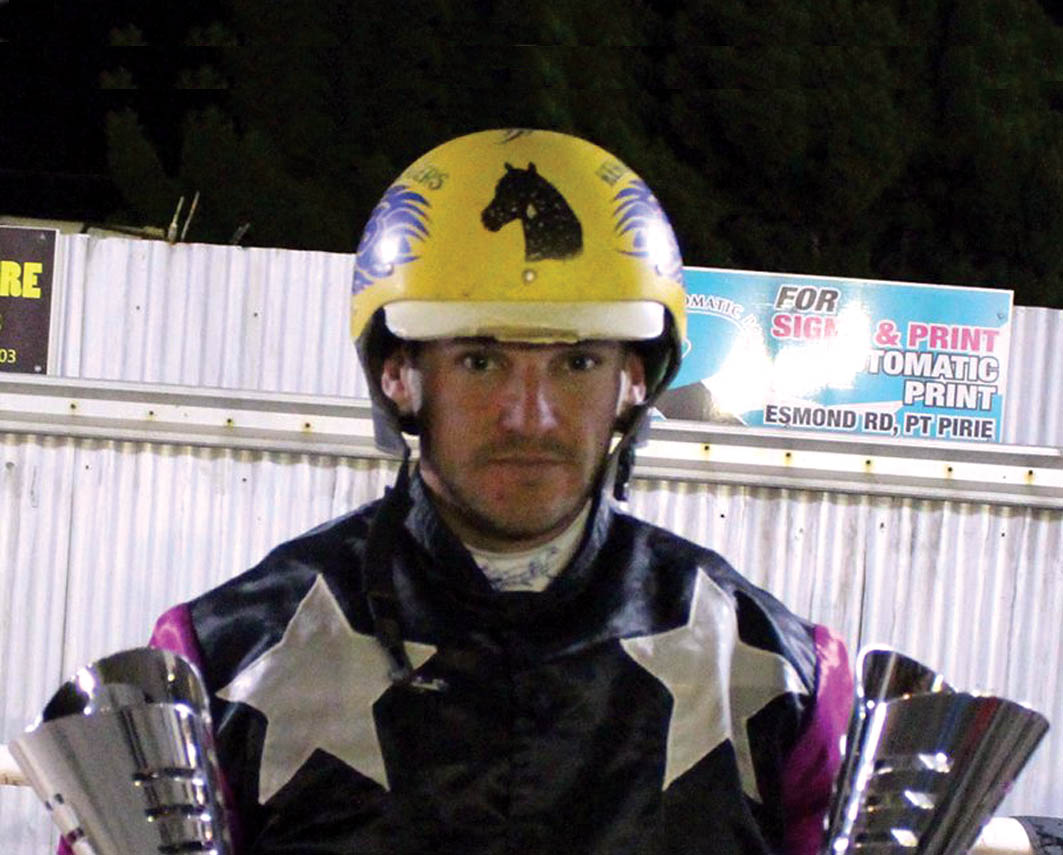 Riding the crest of a wave

POPULAR South Australian reinsman Ken Rogers is riding the crest of a wave as he heads towards his best season in the sulky. Along...

POPULAR South Australian reinsman Ken Rogers is riding the crest of a wave as he heads towards his best season in the sulky.

Along with spoiling Dani Hill’s domination at Port Pirie last Friday night, Rogers was successful at Gawler yesterday before landing a treble at Globe Derby this afternoon.

At Port Pirie, Rogers won with Wills as Hill capturing the other six races on the program.

His Gawler success came behind Wroxton Balboa, which he also owns, with the gelding trained by his father, Greg.

“I’ve had a bit of a purple patch, which has been good,” Rogers said. “It would be nice if it keeps up for a while.

“I’ll just have to see how the chips fall.”

Scoring in the opening event with Su Quick today, Rogers was then triumphant with Miss Soapbox and Bella Sofia.

“I felt I had a couple of handy drives, so come away with a treble is a pleasing result,” Rogers said.

“Bella Sofia was a late catch drive, so that was certainly a great bonus.”