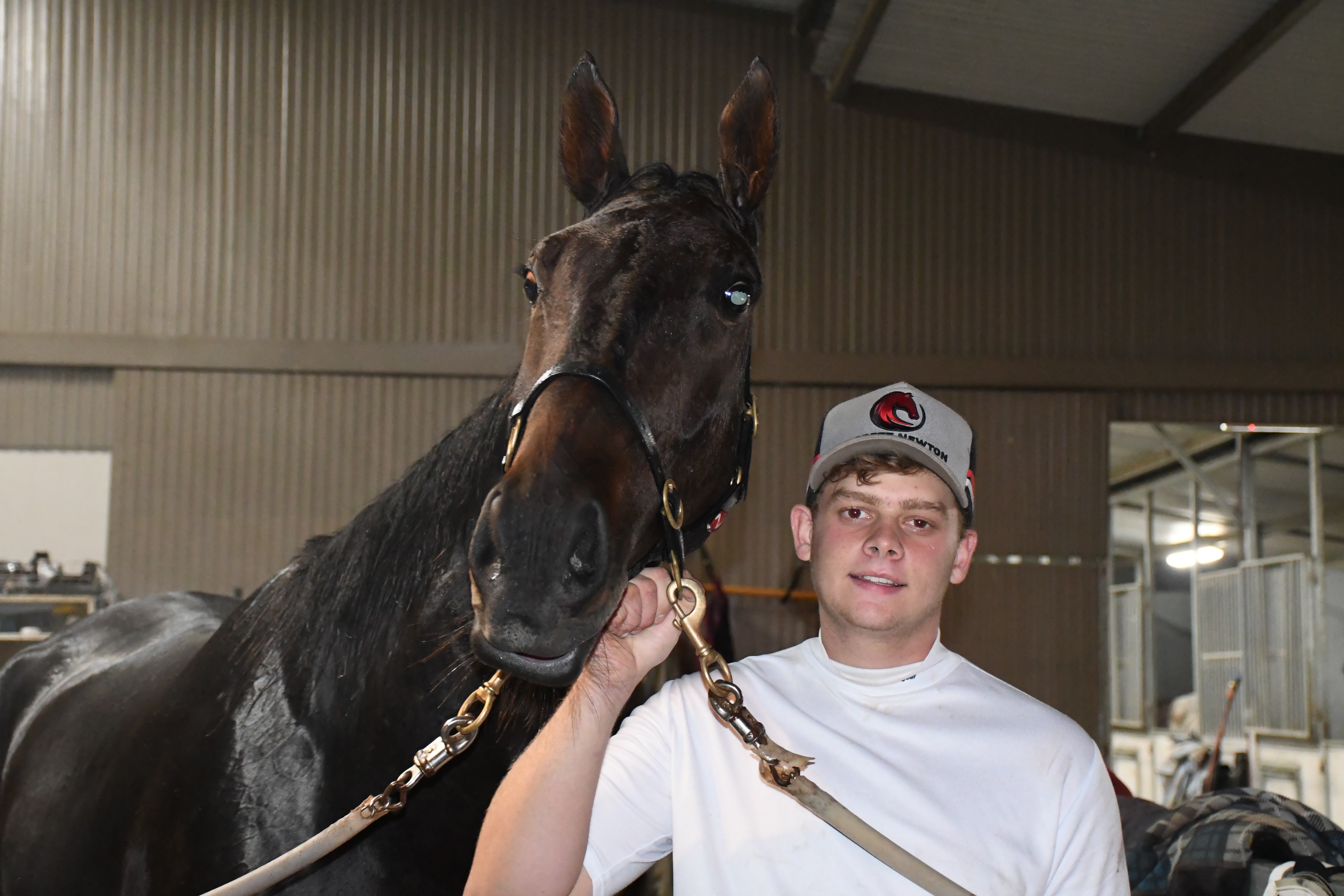 Riley quick to make his mark

Riley Butt6
CONSIDERING it was just his fourth race drive, 17-year-old Riley Butt, appeared to have an air of confidence about him as he took Tact...

CONSIDERING it was just his fourth race drive, 17-year-old Riley Butt, appeared to have an air of confidence about him as he took Tact Tama onto the track at Club Menangle last night.

Certainly, the four-year-old son of Christian Cullen had put the writing on the wall with a slick 1:55.3 trial win over some handy horses at ‘the place of pace’, Menangle.

And punters had every bit of confidence in the son of renowned trainer Tim Butt . . . they backed Tact Tama solidly in to start an odds-on favourite.

Butt admitted they both had plenty more to learn . . . but you’d never know that the way they steamrolled their rivals in the Schweppes Maiden Pace over 1609m, beating He Said She Said and Party Idea in a 1:56.1 mile, scoring by a comfortable eight-and-a-half metres.

“I guess I was pretty confident . . . because I think he’s going to turn into a pretty nice horse with maybe a few Saturday night Menangle wins well within reach for him,” said Butt as he savoured that first success.

“His work’s been good and his trial was super.

“When he got the front he was being a bit dumb and looking around a bit.

“But when I roared at him a bit away he went.”

Butt says there were no pre-race instructions from a nervous Dad.

“Yes, he’ll always be special to me, for sure.”

Butt said he was happy with his few three drives – two on Tuesday and one earlier in the night, even though they weren’t winners.

“The first one (Jaffa) just couldn’t get out to get a crack at them and the second one (Superbass) just had to work too hard to get there,” Butt said.

“So Dad was pretty proud and happy when I came back a winner.”

Butt said he’d love to just keep chipping away, pick up a few more drives [and wins] and see how things go.

“Yeah I had a few calls from New Zealand to congratulate me too, it was great,” said the former Kiwi.

Butt certainly contained his excitement and was cool and calm as he crossed the line.

“No, there were no feelings – maybe I was a bit numb,” Butt said.

And while Tact Tama might be special, he could not possibly hold a candle to Tim Butt’s stable star My Field Marshal, which Butt has also driven in trackwork.

“Yep, I’d love to drive him in a race one day; he’s pretty special,” Butt said.

Butt has two drives on Monday at Menangle and another on Tuesday and is hoping he can keep the good run going.

And one from four is not a bad strike rate to start with.

“It didn’t take long to get back to earth,” Butt said.

“As a matter of fact I’m busy feeding them all at the moment.”

Rookie Riley looking for a double
This youngster’s bred ‘in the purple&#...
End of the road for a Miracle Mile ‘supersta...
Not a bad strike rate
About author