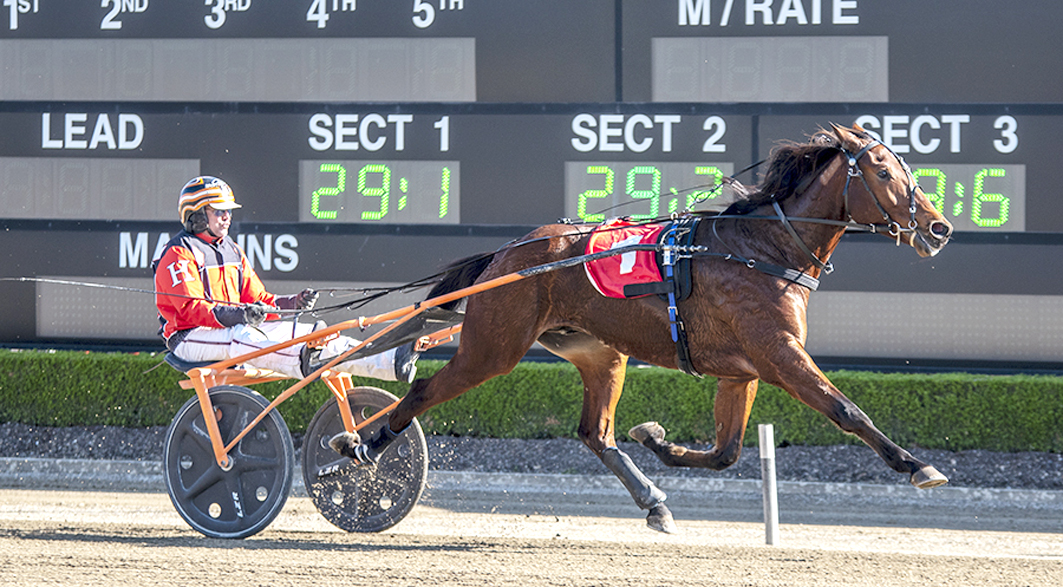 Rising star trotter can go all the way

“HE WENT okay as a pacer and would’ve won his races, but is better as a trotter and can reach greater heights.” That’s trainer...

“HE WENT okay as a pacer and would’ve won his races, but is better as a trotter and can reach greater heights.”

That’s trainer Darren Hancock’s assessment of rising star squaregaiter Drop The Hammer as he discusses the gelding’s prospects for Saturday night and beyond.

Winner of his last four starts, Drop The Hammer is engaged in the Foundation Final at Tabcorp Park Menangle, where he has drawn wide in barrier nine.

Despite the four-year-old’s starting position he is a $2.80 favourite with TAB Fixed Odds, a role Hancock is confident Drop The Hammer can live up to.

“He went very well against the older horses at his last start and will be very hard to beat,” Hancock said. “It’s a good race for him as he is stepping up all the time and should go well.

“He’s got all the makings of top trotter, is getting better in his gait all the time, and I believe he can go all the way.

“He’s got good high speed and can stay as well.”

Considering sending the Australian Pacing Gold purchase for a spell following his pending engagement, Hancock will alter his plans should Drop The Hammer receive an invite to the New Zealand Harness Jewels.

The Group One is scheduled to be conducted on June 1.

“I’ve been told he is being considered for an invite to the Jewels,” Hancock said. “If he does get an invite to Jewels in New Zealand we will take it up.”

Hancock will also be represented by Monaro Mia in this weekend’s Group Three, with the mare facing a daunting task from gate 10.

“Monaro Mia as drawn poorly but goes well,” Hancock said. “She will need a bit of luck.”

Trainer’s misfortune could be your good fort...
Making most of racing’s return
This one’s extra special for Mat
Keeping up the family tradition
About author