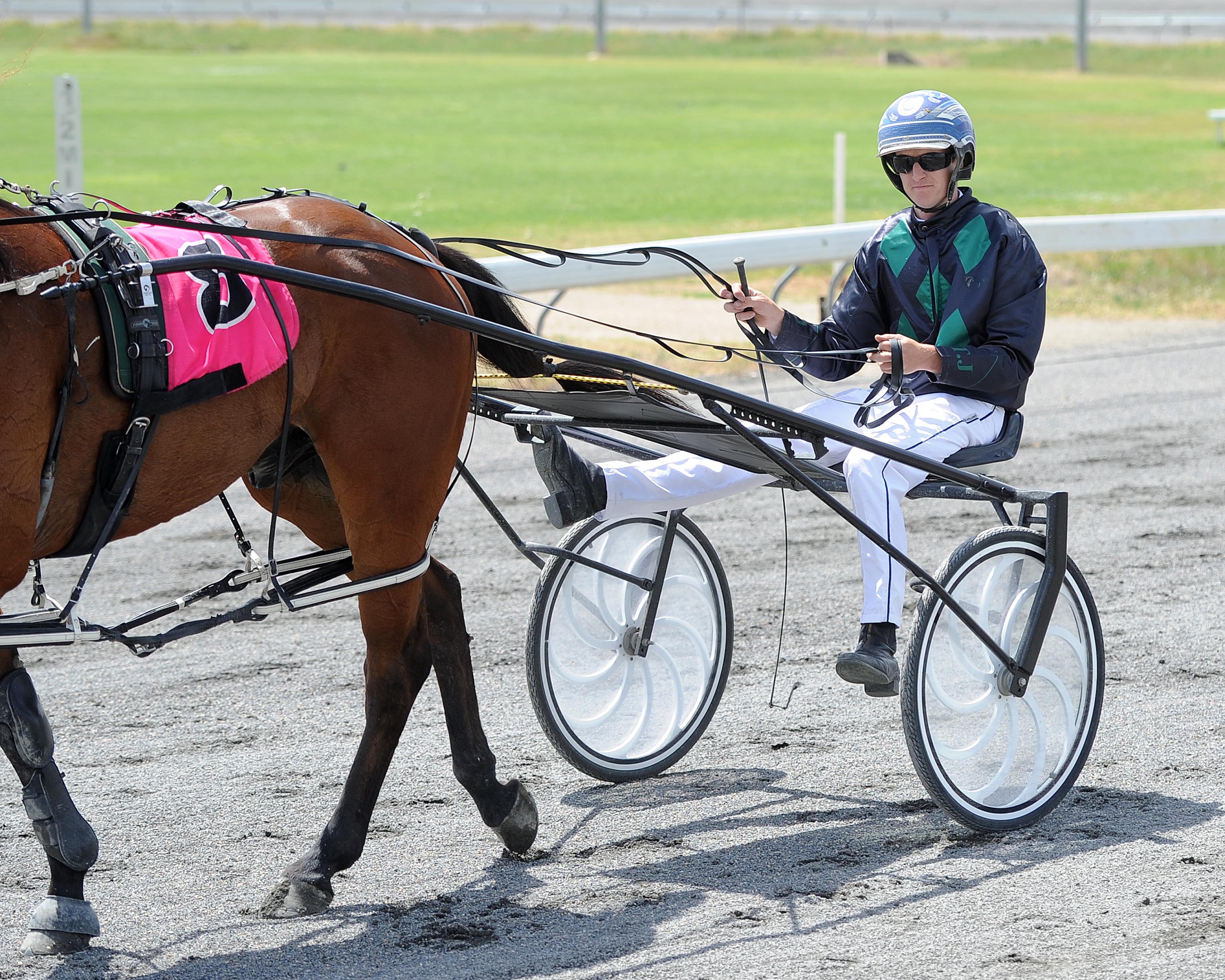 Rivals have a Riverina mountain to climb

riverina10 Western Sonador1
NOBODY knows the enormity of the task facing Western Sonador in this afternoon’s $100,000 Riverina Region Championships more than gun reinsman Blake Jones. Despite...

NOBODY knows the enormity of the task facing Western Sonador in this afternoon’s $100,000 Riverina Region Championships more than gun reinsman Blake Jones.

Despite winning his past four starts in grand style, Western Sonador faces his toughest career test to date when he takes on boom pacer Whereyabinboppin in the rich Group One final at the Riverina Paceway.

So often these races are decided by the draw and many might suggest the race was all but over when Whereyabinboppin drew gate six, but comes into five when the emergency is withdrawn.

Western Sonador, meanwhile, drew the outside of the second row and Jones knows he will need more than his share of luck if either of their stable’s hopes, Western Sonador and Brooklyns Best have any hope of rolling the odds-on favourite tonight.

While Jones will drive Western Sonador, his partner Ellen Bartley will take the steer on Brooklyns Best, who is also drawn on the second line and will probably start third favourite.

Indeed, Bartley’s pair must be sick of the sight of Whereyabinboppin because they work their sizeable team on the same track where trainer David Kennedy prepares his team.

Both training teams set their sights on this final and while Kennedy must be confident his horse can get the job done tonight, he must also have watched Wednesday night’s Bathurst Regional final, which saw Terryrama score an upset win at odds of almost 100-1.

“It’s been a long drawn-out process for us to get to here,” said Kennedy.

“He [Whereyabinboppin] had his first trial back in February and we’ve been waiting and waiting for this race,” said Kennedy.

“And after this final we might find ourselves waiting again as there aren’t that many races we can now go to.

“On paper he might look too quick for them, but then again, you never know.
“It’s a crying shame we’re not racing for a million dollars, because the way he’s gone none of the other heat winners have been more impressive than our fellow.

“It may be a case of ‘what if’ but you can only race what you’re up against.

“He’s going to make a nice horse, that’s for sure.

“We’ll aim for some better races next season, hopefully by then we’ll be back to a level playing field.”

“It was good to see him race as well as he did in the heats and Blake drove him quite aggressively,” he said.

The horse they’re all talking about
HARNESS RACING
This ‘Bopper’ could be something speci...
This could be a ‘Day’ to remember
About author