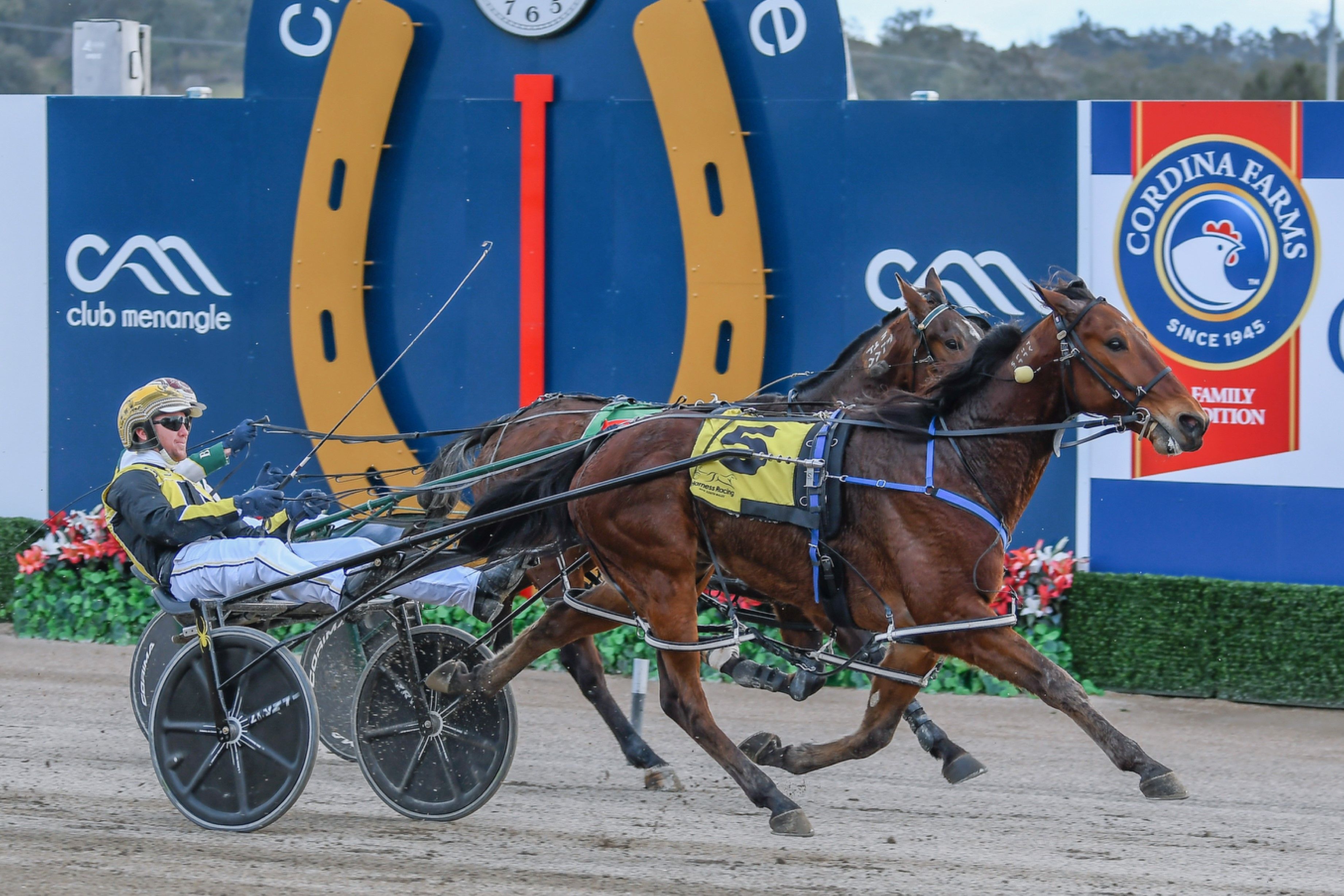 WINNING FORM: Jason Grimson scored with Some Waratah at Menangle on Monday and will be hoping for more wins there today.

Riverina boy lines up for a treble

Grimson7 Rocknroll Angel2
FORMER Riverina horseman Jason Grimson finds it hard to fly under the radar these days. His skill both as a reinsman and a trainer...

FORMER Riverina horseman Jason Grimson finds it hard to fly under the radar these days.

His skill both as a reinsman and a trainer are beginning to catch the eye of many in the industry as the winners continue to roll in.

And while some of our leading stables like Tim Butt and Malcolm Locke are quick to call on his services in the sulky, Grimson frequently returns the favour and isn’t afraid to enlist some of our better drives to partner the horses he trains, when they race at Menangle.

With the powerful Craig Cross team, which has dominated Menangle racing in recent weeks, taking a back seat at the south-western Sydney track today with a mere three starters, Grimson gets his shot at a winning treble.

He has enlisted ace reinsman Jack Trainor to handle Rocknroll Angel in Race 4, with the $1.45 favourite perfectly-drawn in gate one to withstand Cross’s pair, Air Time (Luke McCarthy) and El Hombre (Todd McCarthy).

Formerly trained by Paul Fitzpatrick, Rocknroll Angel had her first start for Grimson at Penrith on July 30 when a solid fifth at Penrith.

Grimson then stepped aside and gave the drive to Trainor at Menangle on Saturday night and the well-bred daughter of Rock N Roll Heaven did the right thing by the stable with an impressive 1.2m win over a plucky Bettor Enforce in a slashing 1:50.3 mile rate.

Cross rates Bettor Enforce as the best mare in his stable, which only adds to the merit of Rocknroll Angel’s win and she should go on her winning way today with Trainor retaining the drive.

Grimson then hops in the bike with two outstanding chances, Whatta Conk, the $4.50 second favourite in Race 6 and Jenelles Tristar, listed as a $1.90 early favourite to take out Race 7.

Whatta Conk may have his work cut out accounting for the talented Equity Stride, the $1.75 favourite, but the gelding has earned cheques at his past five starts and should be in the hunt turning for home.

The scratching of grand old mare Just Tootsie in Race 7 can only improve the prospects of Jenelles Tristar, who now moves into gate four in the final race on the card.

This classy mare has now won three of her past four starts, two of them at Menangle and finished just a half-head behind Surfer Boy when second in the other.

She shapes as one of the best bets on a tough program.