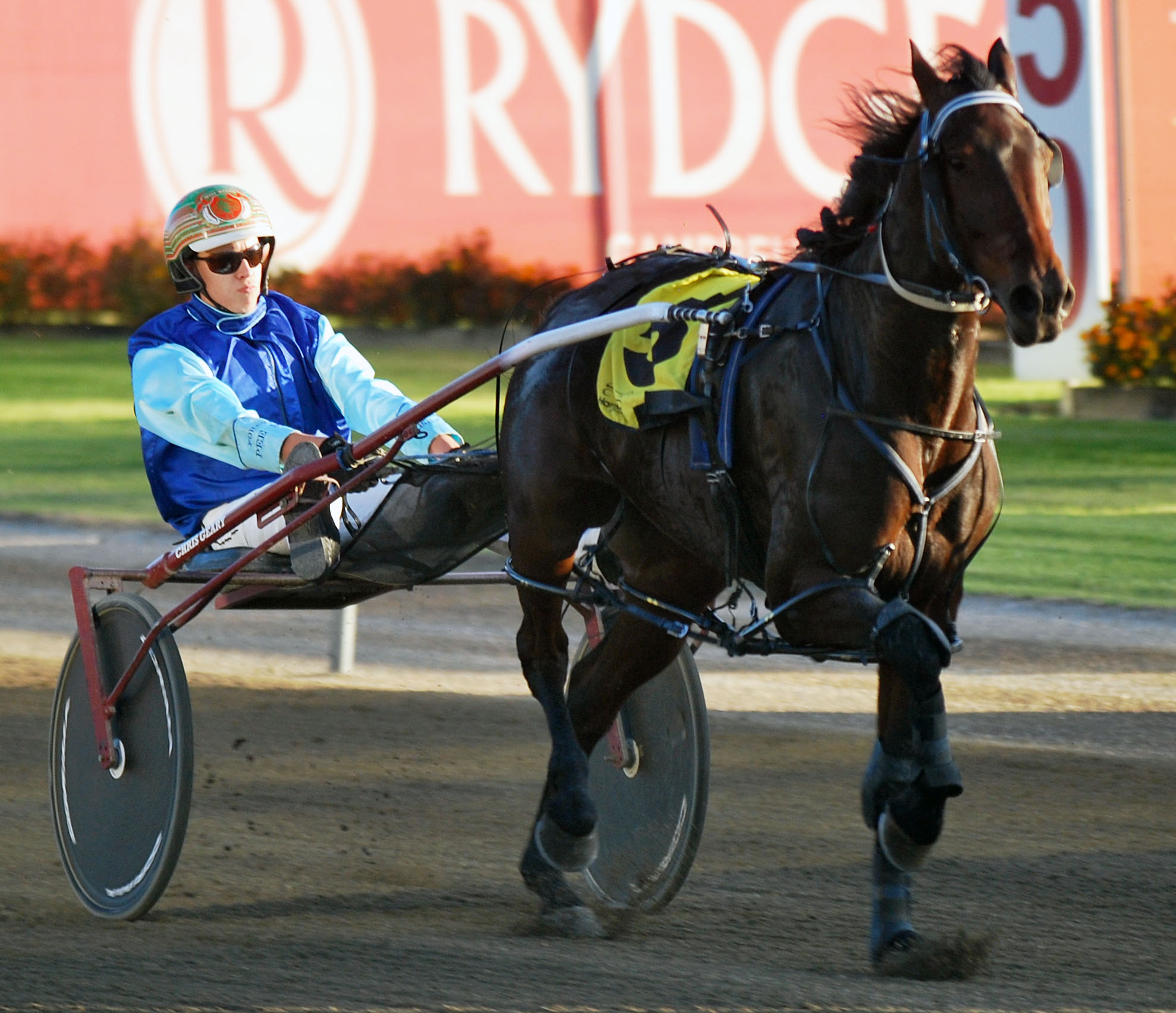 Rixon ready to strike at Young

EXCITING young reinsman Will Rixon will make the long drive to Young today desperate to make up for lost time.

Rixon landed his first winning treble on a memorable night at Newcastle a couple of weeks ago but has missed the past couple of major meetings through a short suspension.

Still Rixon will head for Young with several top prospects for ‘outside’ stables as he looks to add to his ever-improving driving record.

Rixon will handle the well-drawn Huge Attitude in Race Two for Michael Hawke with the last-start Young winner again expected to give a good account of himself.

“His record’s not that impressive but he can go alright from that draw, hopefully we can be in the finish,”  said the 16-year-old, who is still in his first year of driving.

Thebigbadwolf has finished just behind the placegetters at Parkes at his past couple of starts and the booking of Rixon, who will have his first drive on the lightly-raced gelding is sure to prove a plus when assessing his chances.

“I know on paper he doesn’t look that flash but from that draw we might be able to lead or be up in the firing line so fingers crossed he can go alright today,” said Rixon.

Will’s not kidding . . . in just 13 starts Bigbadwolf is yet to salute the judge and has run just one place this season.

Still most of his dangers today are drawn off the back-row and if Rixon can stay in touch with the front or even lead then he might be able to get the son of Mach Three into the money.

Rixon’s other drive in search of another hat-trick might be his best hope of the three when he handles Barkway Bill in Race Seven, again for the Michael Hawke stable.

“Yes, Michael [Hawke] has been a long-time friend of Mum and Dad (Peter and Cindy Rixon) and I’ve been lucky enough to get a few drives from him,” he said.

“This one is a bit like Huge Attitude, if I can be close enough on the home turn we can be in the finish, at least that’s what I’m hoping.”

It has been huge year for Rixon who has been battling with his elder sister Ellen as the form young drivers in New South Wales at the moment.

“Ellen’s been driving fantastic lately and she’s got the jump on me the past week or so while I’ve been suspended,” said Will.

“I set myself a goal of about 15 winners for the season and I have landed 25 winners, in including that treble at Newcastle, which was a bit unexpected.

“Mum and Dad have been a great help and even when I landed the treble we went through my drives and found a few things I could have done better.

“The main thing is I am learning and hopefully I can continue to get a few outside drives and keep getting better.”

Preview: Young August 25
‘Invaders’ springing up in the Riverin...
PREVIEW: Young 21/07/17 – Hewitt ready to ke...
Looking for a treble at ‘Headquarters’
About author