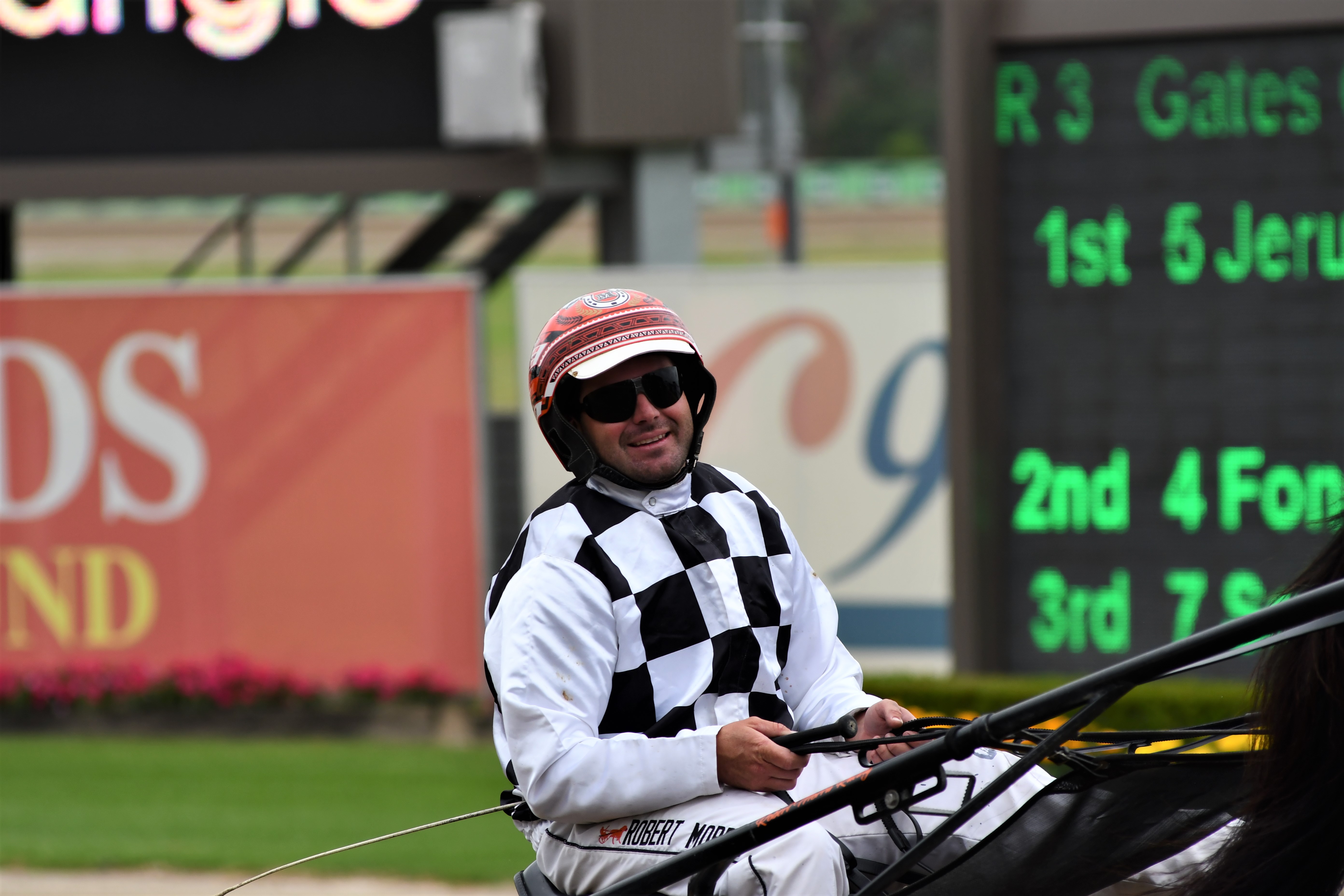 Only Luke McCarthy lands more winners than Morris around New South Wales, although he now has talented junior reinsman Josh Gallagher snapping at his heels.

As well as working alongside each other at Team Morris’s Lucky Lodge stables, Morris has found that he and Gallagher have been sharing a car on their way to many provincial meetings around the state in recent months.

The pair were in the money at Tamworth’s big Gold Guitar meeting on Sunday evening – after sharing a car all the way there from Menangle.

Gallagher took out the Golden Guitar Consolation with Miss Ciriello for trainer Margot Lennox while Morris won the night’s feature, the $30,600 Group 3 Golden Guitar Final with The Choreographer for trainer Geoff Harding.

And Morris didn’t miss the chance to exchange some good-natured banter with Gallagher after the pair ran the quinella in the big race.

Gallagher finished in second place with Battle Chimes, beaten about 2.7m, leaving himself right open for the ‘ribbing’.

“It’s always a good outcome but yes, there was a little bit of banter,” said Morris.

“I never let a chance like that go by without having something to say, that’s for sure.”

Morris said the win was almost bitter-sweet and he had been in two minds about going north for the night.

“When I was offered that drive by Geoff Harding, I looked at the fields and decide to make the trip,” he said.

“I felt a bit sorry for Geoff’s son Matty, who broke his collar bone in a bad fall at Newcastle and probably would have been aboard, but I was happy to help out when needed.”

Morris is back on his home track today at Menangle, and again finds himself in demand as a freelance reinsman with just two drives for his wife and training partner KerryAnn Morris.

He’ll be aboard the in-form Agent Maori in Race 2 while Friday night’s Newcastle failure, Aalesund, will back up in Race 7, where he will start at double-figures after drawing the outside of the front line.

Morris will also drive Kyvalley Boomerang for Graeme Hartman in Race 1 although the Morris stable has two runners in the race, both with ‘claiming’ drivers aboard – Gold Sovereign (Aleisha Bond) and Dont Touch This (Gallagher).

Then he also drives Vinny Chase ($7), a genuine chance for Joe and Mary Rando in Race 4.

Can he continue his dream run?
‘Mo’ Morris looking for a big night
Dynamic duo ready for another big day
Protest hands two ‘rookies’ their first Inter Domi...
About author