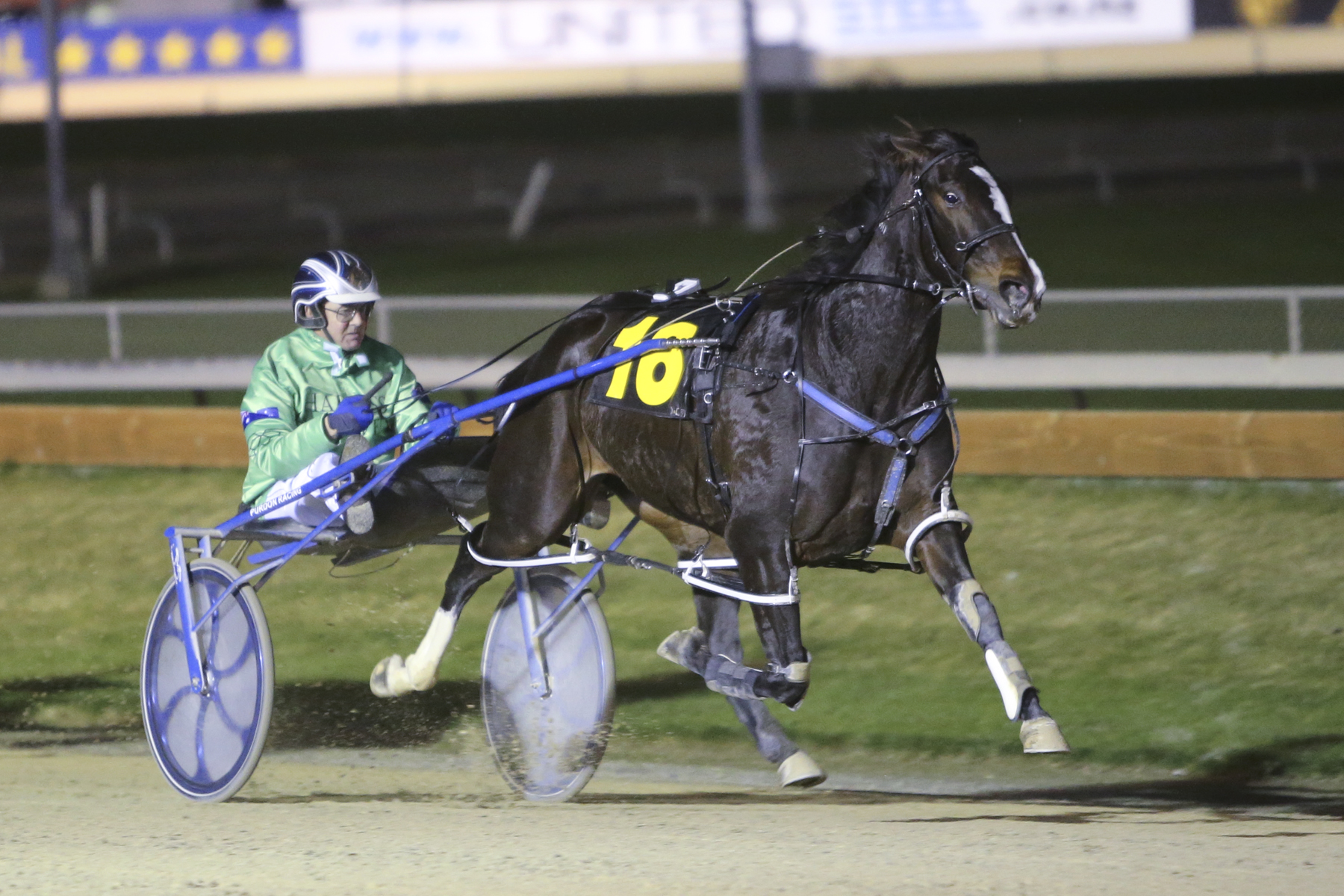 First filly to win three Oaks THERE was no prouder man in Australia than breeder George Tennent when Shez All Rock made history in...

THERE was no prouder man in Australia than breeder George Tennent when Shez All Rock made history in New Zealand.

While her win in last weekend’s Harness Jewels at Cambridge was nothing short of historic, as far as Tennent is concerned, the filly had already earned her place in the record books.

And a quick look through them showed that despite some champions that have gone through the years, no filly has ever won three Group One Oaks championships in the same year.

Shez All Rock became the first filly to win the NSW, Victoria and New Zealand Oaks in the one season when she scored at her first run for Mark Purdon at Addington after two previous Oaks wins for Mark Pitt.

The good news is, Tennent was there for the victory and he says it was truly one to savor and the hospitality shown to him by The Met club and fellow breeders in Christchurch was something special.

“On Friday afternoon invitations came through for six people to attend the Breeders Crown dining and they really turned it on,” said Tennent.

“And when the horse won they made me come down for the presentation.

“In all my years in trotting I’ve never experienced anything like this.

“To win the NSW Oaks, Victorian Oaks and she hadn’t been in New Zealand that long either.

“She left Mark Pitt’s stables on the Thursday and never got to Mark Purdon’s stables until the Tuesday afternoon.

“I don’t think Mark [Purdon] was that pleased with her at that stage because he didn’t put any driver on her for the meeting.

“At one stage I thought to myself ‘heck, I’ve travelled all the way over her for nothing’ but the stable people told me each day she just got better.

“Mark then switched to drive her himself and all the stable people said they thought we might be good enough to run second but we wouldn’t be able to beat Elle Mac, she was too good.

“So they didn’t think she’d win.

“I was talking with Peter Ryder, Chris’ (the brother of Shez All Rock’s owner) as we were walking out of the stables as he works for them and I made the comment that I thought Shez All Rock would go pretty well and he was straight to the point: ‘you won’t beat the other filly’,” he said.

“She had barrier 16 so she went back and then one of the stablemates led from barrier one and during the race a horse of Cran Dalgety’s called Bettor Joy, that won its first 10, went around and hit the front and all of a sudden Elle Mac was making a move and Mark jumped on her back.

“Elle Mac went to the front and everyone thought it was all set up for her to win but once Shez All Rock got to the front nothing was going to get past her and Mark didn’t even need to pull the whip as she went away from them.”

Tennent said to win three Oaks and also to go to New Zealand and win was nothing short of amazing.

“I had six people look her over before I bought her. They came back and said they were looking for over $25,000 for her.

“Then the earthquake hit New Zealand and there was Aussies running everywhere and I think I ended up buying her for $12,000.

“I then made the mistake of bringing her home from New Zealand. I should have left her over in New Zealand to be broken in. Their grounds over there are much softer and even better than ours.

“And she got wrecked in Australia being broken in and I had three trainers try to get her right and she never ever qualified and I retired her and decided to breed from her.

“I was advised to send her to Rocknroll Heaven and that’s what produced this filly.

“She (Irish Loch) is currently in foal to Pet Rock. There’s a few of them going OK but they tell me he’s No 4 in the three-year-olds in the US this year.”

Tennent was hoping Shez All Rock might come back to Mark Pitt but it has since been confirmed that the filly would be staying on in New Zealand with Purdon and would now be prepared for the Breeders Crown at Melton.

Purdon was rapt with her Jewels effort and suggested she won so easily that she actually could have gone a second quicker, if asked of her.

“She is inclined to get on the chewy a bit, but that’s how she races,” Purdon said after the Jewels success.

“I was quite surprised when Chris Ryder asked if she could stay on with me, so she’ll have a bit of a let-up now and then be prepared for the Breeders Crown.

“I’ve had some really good fillies over the years but she is right up there with the best of them, that’s for sure.”