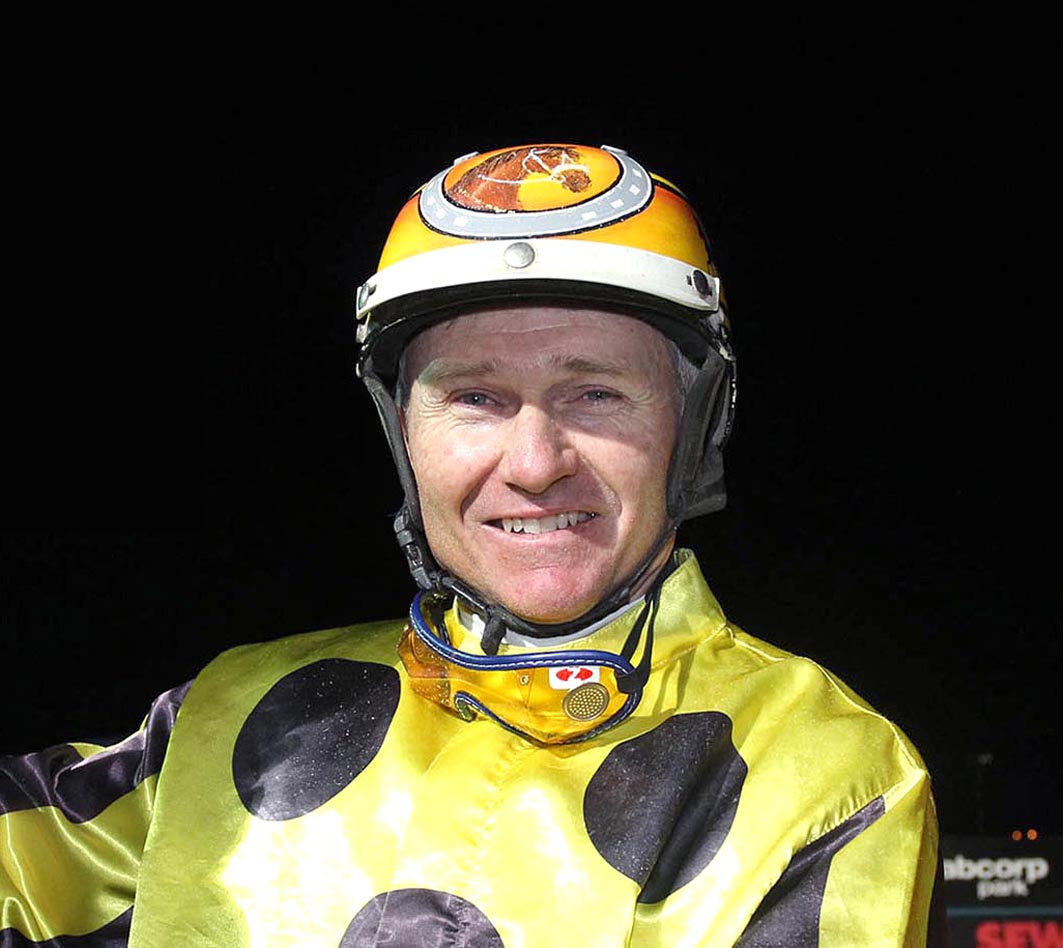 Looking to sell the well-bred mare last year, Harpley accepted an offer from American buyers only to have Rubies For Tash fall short when examined by a vet.

The test revealed the daughter of Courage Under Fire was suffering from epiglottic entrapment, which required an operation.

“Stuck” with the pacer, Harpley put Rubies For Tash back into work before receiving another offer from the same interested party following her track record win in Young last March.

To Harpley’s shock, however, Rubies For Tash again failed the test due to epiglottic entrapment – which required another operation!

“I couldn’t belief it less than a week after running a track record 1:54.8 she was found to have it again,” Harpley said.

“Obviously the sale didn’t go through and I had her operated on again.

“I also figured she has told us twice she is not leaving, so she is no longer on the market and will be living out her life here.”

At her fifth start back since the operation, Rubies For Tash rewarded Harpley for his faith by capturing the Griffith Pacing Cup just moments ago.

With Harpley holding the reins, the six-year-old was lucky to miss early trouble from her second row draw when the runner in front of her – Trunkey Tash – galloped.

Settled midfield Rubies For Tash was sent forward to find the lead with a mile to travel in what proved a winning move.

Never seriously challenged, Rubies For Tash accounted for Rusty Crackers and Rockita in 2:02.1 over 2150 metres.

“We were very lucky to miss any trouble when the one in front of us galloped at the start,” Harpley said. “After that the race fell into place her for her and she won quite well.

“Have to give a big shout out and thanks to my wife who is at home doing the work around the stable while I’ve travelled to Griffith tonight.”