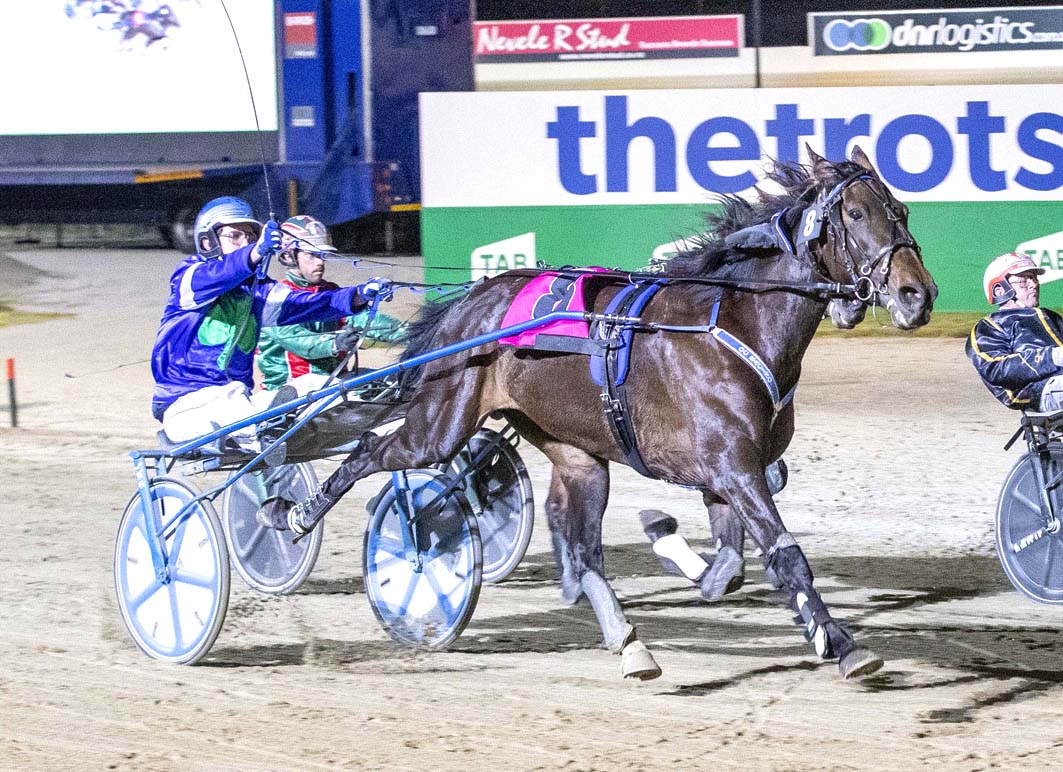 IS THERE a better harness racing Christmas gift than winning your first Group One? According to trainer Anthony O’Connor, the answer is “no”. O’Connor...

IS THERE a better harness racing Christmas gift than winning your first Group One?

According to trainer Anthony O’Connor, the answer is “no”.

O’Connor gained the joy of an early Christmas present at Tabcorp Park Melton during the weekend thanks to promising trotter Rum Junction.

Enjoying a super start to the season, Rum Junction captured the fillies’ division of the Home Grown Classic.

“I had her aimed at this series, but you never expect to win it,” O’Connor said. “For her to win the Final and for us to get our first Group One win is pretty amazing.

“She has come back from a spell in terrific form and should hopefully get better as the season goes on.”

Driven by O’Connor’s son Xavier, Rum Junction was settled behind the leader, Amunet, from the inside of the back row before being shuffled back as My Lindy Angels and Right Moves worked to the lead.

Eased away from the pegs along the back straight, Rum Junction sustained a strong three-wide sprint to complete a two-and-a-half metre win from Right Moves, with I Choose a metre away third.

“I’m absolutely rapt with her,” O’Connor said. “She won her last start last time in before I sent her for a break and has come back even better.

“That was pretty much her first preparation and she did a good job.

“This time in she has improved so much and I can’t see a reason why she won’t get better.”

To be rewarded with a Christmas vacation, Rum Junction will then be set for the various state Oaks and Vicbred series later in the season.

“She will have a good break now,” O’Connor said. “There is not a lot on for her for a while now, so she can go back to the paddock.

“We will have a look at the Oaks with her next time in and see how she measures up.”

In the ‘boys’ edition of the futurity Keayang Ignite blitzed his rivals for trainer Paddy Lee.

Maintaining his perfect record from four starts, Keayang Ignite rated 1:59.6 over 1720 metres, with his time two-tenths of a second quicker than Rum Junction.