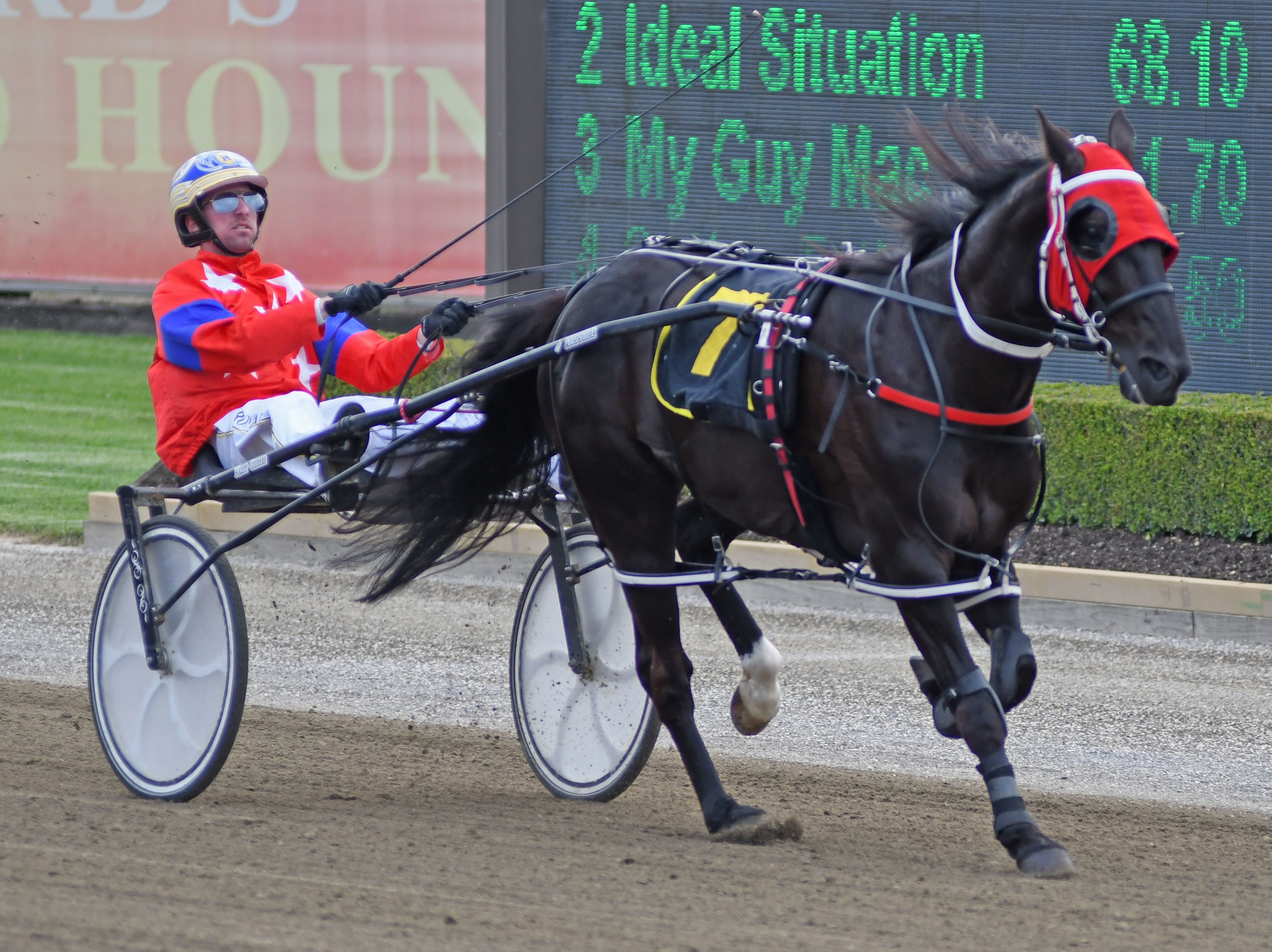 BACK IN FORM: Murano is ready to stake a ‘claim’ at Menangle today.

FORMER Queensland trainer Shane Sanderson is a master at keeping his hand on the ‘go’ button in his stable. Now based at the Menangle...

FORMER Queensland trainer Shane Sanderson is a master at keeping his hand on the ‘go’ button in his stable.

Now based at the Menangle Park Training Centre since making the move south a couple of seasons back, Sanderson will have four starters and all are rated good chances at this afternoon’s Tabcorp Park Menangle meeting.

And while it is unlikely to happen, Sanderson could just as easily find himself losing all four of today’s runners, as all will be contesting claiming races at the south-western Sydney circuit.

Sanderson and fellow Menangle trainer Leon Jurd are the kings of the claimers, sometimes providing half the field for these popular betting races.

Sanderson will have two starters, Truth And Courage ($17) and Murano ($3.50 favourite) in Race 6, the first of the claiming races and both could be purchased for just $9000 by anyone looking to make a quick impact in the sport.

Both pacers boast big groups of owners who are happy to re-invest if their horses are ‘claimed’.

Sanderson will also provide two of the nine starters in Race 8, the National Trotguide Claiming Pace, with The Ides Of March (Will Rixon) and Mark Dennis (Cameron Hart) listed as $4 equal favourites in a race where every runner is on the market for $14,000 each.

Veteran pacer Mark Dennis is actually lining up for his 227th start, which has yielded 43 wins and 67 placings.

Once owned by former South Australian Sheffield Shield cricketer Paul Nobes, Mark Dennis is currently in his ninth consecutive season of pacing and still retains a zest for competition despite being an 11-year-old.

He has won races all over the country, including a win at Albion Park three starts back and is lining up for his 11th start for Sanderson today.

The other claiming expert, Jurd, also has four runners at today’s meeting and also has a double-barrelled shot at the final race when he sends around Hes Okey Dokey (Jack Trainor) and Everything (Steph Lippiatt) with both bound to be competitive.

Jurd also has Controversial ($21) in Race 6 and will start one of his occasional claimers, Our Missionary Man ($26) in Race 7.

There is plenty of value on today’s program with some of the favourites listed at much more backable prices than these regular Tuesday meetings normally serve up.

The powerful Shane and Lauren Tritton stable will provide two favourites with Elderberry Stride ($2.60) the one to beat in Race 4 and Bohannan ($2.50) favoured to win Race 5.