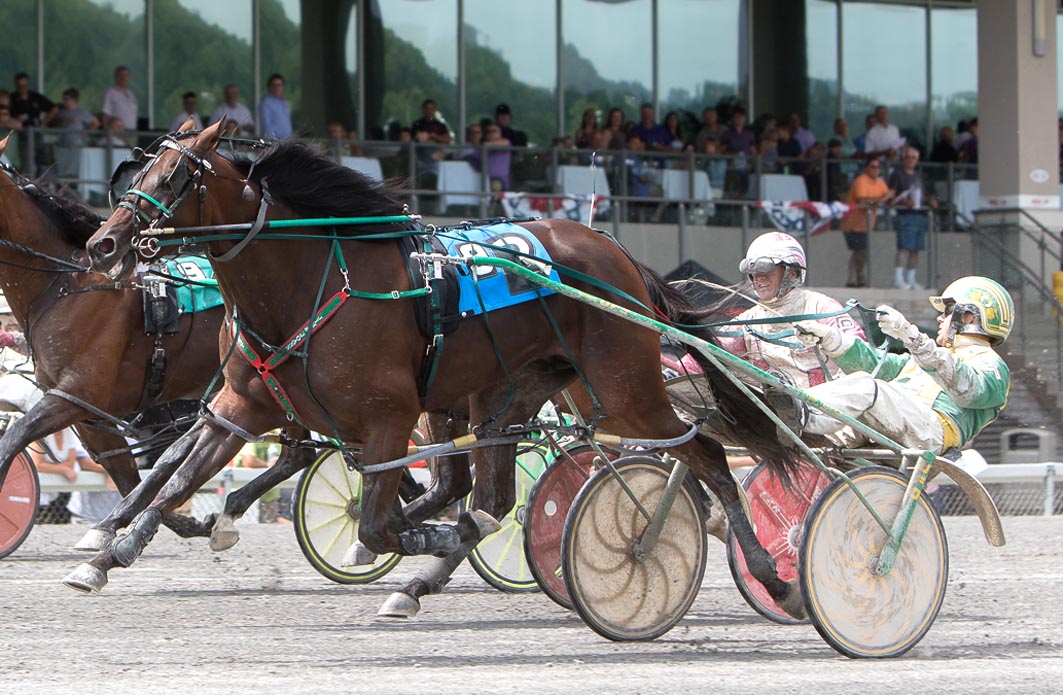 AS WAS written seven short nights ago, Newborn Sassy is just better than her rivals right now. She proved it again last night by...

AS WAS written seven short nights ago, Newborn Sassy is just better than her rivals right now.

Not even an assigned eight-hole hindrance could deter her appointed rounds here.

Strung out early by Medusa, Newborn Sassy made the lead before a 27.2-second opening quarter-mile.

After a rated :29.1 next station (:56.3 intermission), 6-5 favourite Magic Forces (George Brennan) tried it first-up from fifth.

However, a :27.4 third quarter (1:24.2) dismissed that one as Newborn Sassy owned a length-and-a-half lead into the lane.

Medusa edged out, but wasn’t close to reaching, the final margin a length in 1:52. Mach It A Par settled for the minor.

For second choice Newborn Sassy, a five-year-old daughter of Western Ideal owned by CC Racing & Joann Looney-King and trained by Jim King junior, it was her ninth win in 27 seasonal starts, taking her earnings to $1,007,445.

“She can race either way,” driver Jordan Stratton said. “This week, some of the better mares she’s been facing weren’t here, but she beat a good group and the eight-hole is never an easy job.”