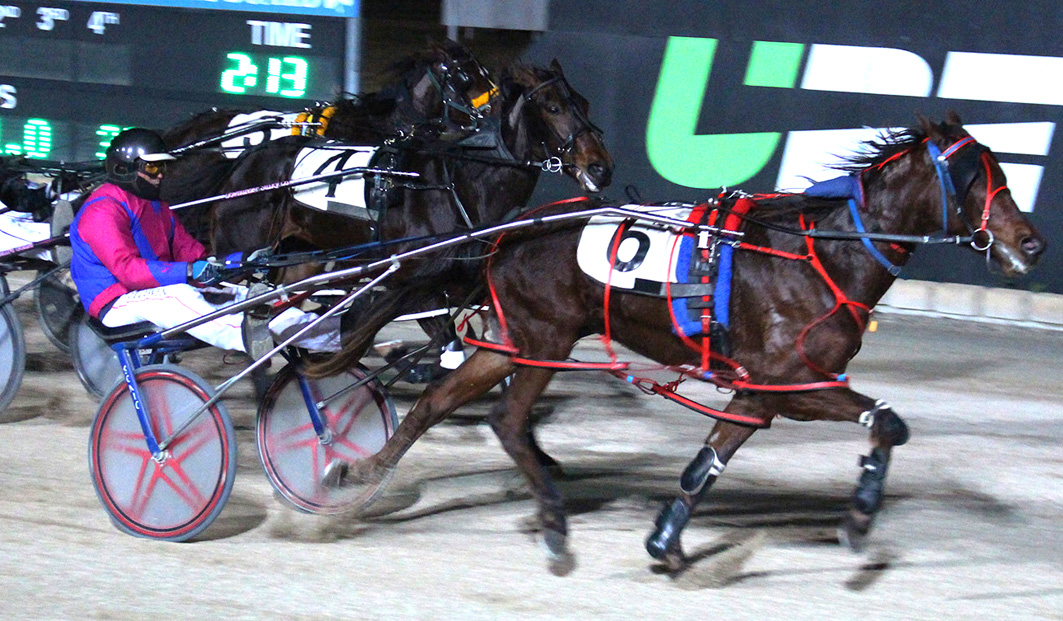 Interstate trip on the cards for promising pacer

AN INTERSTATE trip is on the cards for promising pacer Bulletproof Boy following his win at Globe Derby last night. Looking to have the...

AN INTERSTATE trip is on the cards for promising pacer Bulletproof Boy following his win at Globe Derby last night.

Looking to have the son of Art Official break his metropolitan maiden, trainer Scott Ewen has earmarked an M0 series at Tabcorp Park Melton in January as a likely option for his stable star.

“I’d like to have a crack at the heat and Final of an M0 in Melton next month,” Ewen said. “If he keeps racing the way he is, I’ll certainly look at taking him across.

“I think he is definitely capable of winning at Melton, it’s just a matter of finding the right option.

“Other than that, I will continue to race him through the grades at Globe Derby and may even give him a shot at one of the country cups to see how he measures up.”

With Ewen in the cart during his latest win, Bulletproof Boy led throughout from the pole to score by three metres from Lucky Vc, with Goodboy Cowboy three metres away third.

“He had it pretty easy last night,” Ewen said. “I got away with murder in the middle half, but he could’ve gone quicker if needed.

“He’s a nice little bugger and is building a pretty solid record.

“I can’t see any reason why he can’t keep that going as he adapts to racing in higher grades.

“I’d like to think he will keep improving and be better again this time next year when he can have a real good go at races like the country cups.”