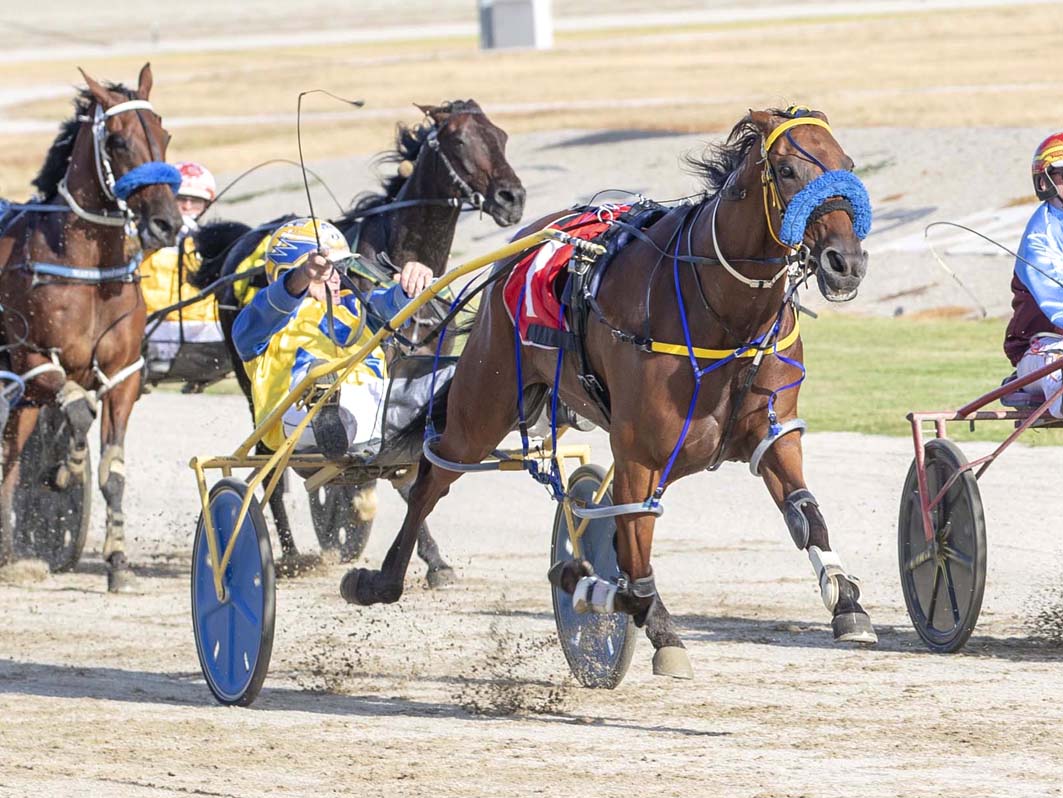 Sentimental interstate trip on the cards

A SENTIMENTAL trip across the border is on the cards for handy pacer Hickstead. Following Hickstead’s victory at Tabcorp Park Melton last night, trainer...

A SENTIMENTAL trip across the border is on the cards for handy pacer Hickstead.

Citing a possible start in the SA Pacing Cup, Justice is also weighing up the option of contesting the Dudley Justice Plate on the same card.

Named after Justice’s late father, the Plate is scheduled to be run at Globe Derby on February 9.

Justice is no stranger to success in the Cup, having captured the feature with Safe And Sound in 2000 and Shakamaker in 2002.

Dudley etched his name on to the honour roll in 1946 when scoring with Findon Queen.

“He could be getting to the end of his tether but I will see how he is over the next week,” Justice said. “I’d like to take him over for the Cup or Dad’s race if he is right.

“Even though he won he’s probably only got one more run in him before he’ll be wanting a break.”

With Justice in the cart the son of Mach Three led throughout from the pole to account for Roy George and Bonus Play in 1:53.2 over 1720 metres.

“I’m very happy with the way he went and the way he found the line,” Justice said. “Like I said he is towards the end of his campaign, but that was his best time.”