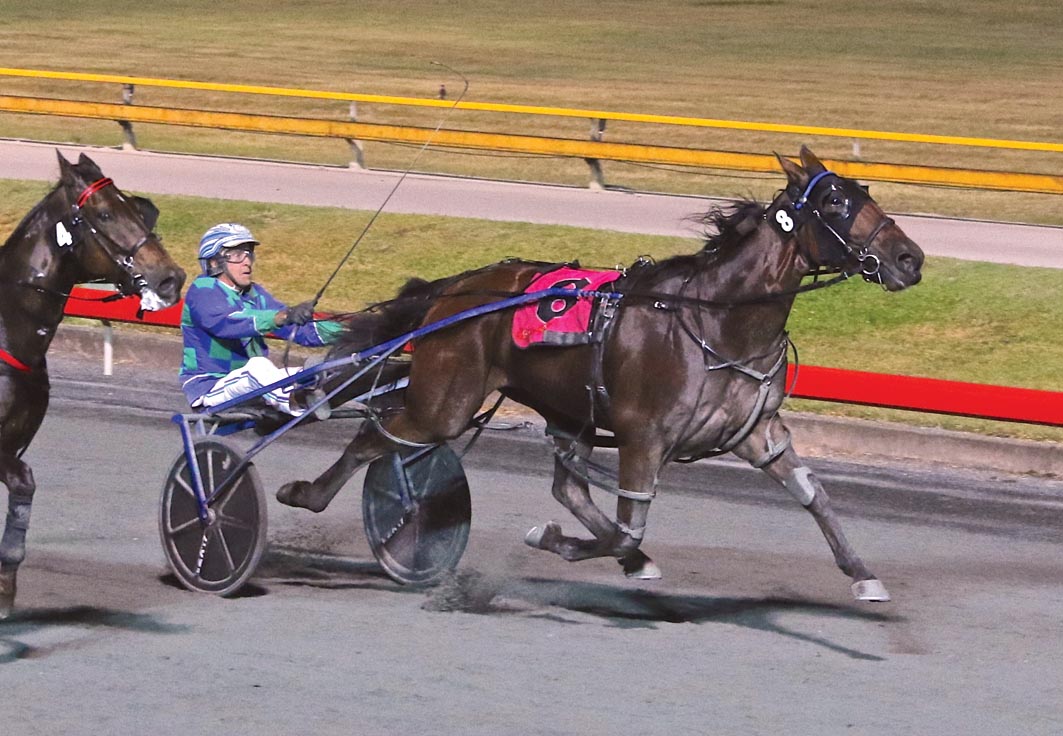 Making the trip from his New South Wales base to Albion Park, McCarthy captured the main event on the card – the Be Good Johnny Sprint – with Rakarolla.

While the veteran mentor is no stranger to winning features, Rakarolla’s success added a touch of nostalgia given McCarthy trained Be Good Johnny during his illustrious career.

“It did bring back a lot of good memories,” McCarthy said. “Be Good Johnny was a champion horse and to come up here and win the race in his name adds a bit of sentiment to it.”

With McCarthy holding the reins, Rakarolla settled two-back along the pegs from his inside of the back row draw as Mach Alert led from barrier four.

Angled into the passing lane during the latter stages, Rakarolla sprinted to a metre-and-a-half win from the pacemaker, with Our Hi Jinx two metres away third.

Rating 1:51.9 over 1660 metres, the son of Rocknroll Hanover extended his record to 14 wins and 27 placings from 63 starts for New Zealand-based breeder-owner, Brendan Fahy.

“He got a good passage from his draw and was able to make the most of it,” McCarthy said. “It’s good to get a win like this on the board for Brendan as he loves his horses and puts a lot into the sport.”

Likely to bypass next weekend’s Christmas Cup, Rakarolla will be set for the Group Two Queensland Cup on December 15.

“At this stage he will go around again in a fortnight,” McCarthy said. “I’ll see how he comes through this run during the next few days, but the Queensland Cup is the main target.”