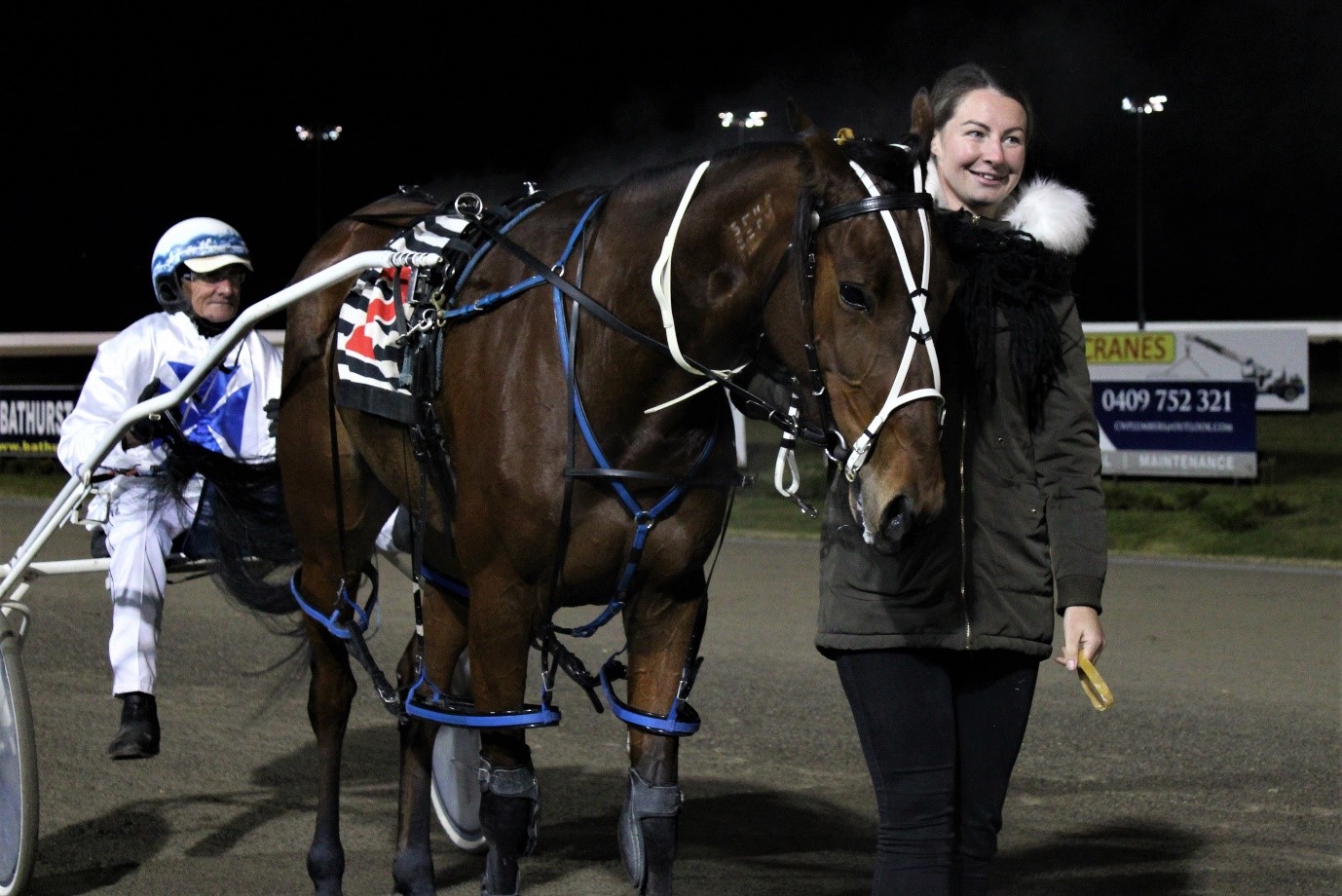 The Girls Have It was a surprise winner at Bathurst - starting at $81.

Settree making hay at Bathurst with a double

bathurst37 Settree2
AMY REES TRAINER Ben Settree left Bathurst a a huge smile on his fact after qualifying two of his runners for the $100,000 TAB...

TRAINER Ben Settree left Bathurst a a huge smile on his fact after qualifying two of his runners for the $100,000 TAB Western Region Championships in Wednesday night’s second round of heats.

With the runner drawn one able to hold the lead, the four-year-old gelding secured a nice trip behind the leader, proving too good for rivals in the run to the finish.

This victory gave Frisby a double for the night, having secured a win aboard Uncle Jord in an earlier heat.

Trained by Frisby’s father Chris, the gelding was able to work to the front where he remained for the duration of the race.

With reinsman Doug Hewitt in the gig on this occasion, the gelding was able to find the front early and narrowly hold off Our Uncle Jim in the run to the finish to win by a neck margin.

The remaining heat was taken out by the Nathan Hurst-trained Gabbys Sportstar, for driver David McKenzie.

Able to slot down onto the leader’s back at the start, the gelding secured a good trip and was able to do just enough in the sprint to the finish and score by a head margin.

Meanwhile, the Michael Munro-trained and driven The Girls Have It got up at the amazing odds of $81.

Beginning as the rank outsider, the four-year-old was able to continue with a perfect run behind leader Sporty Mickilla.

Making good use of the sprint lane, The Girls Have It had surged uo the passing lane and had enough petrol left in the tank to win by 4.7 metres.

Of the rest, the trainer-driver combinations proved successful, with Bernie Hewitt, Gregory Rue and Steve Turnbull all successful on horses they also train.

Smooth Sailor was victorious for Bernie Hewitt, securing a nice trip in the one-out-one-back position the gelding was able to outsprint rivals in the run to the line.

Gregory Rue’s Whiskiesonthebeach lead all the way to win comfortably by 11.4 metres and Steve Turnbull was at his best, getting Sporty Frank out of a tricky position four-back on the fence to win his event.

Back at the top of his game
Settree’s double shot at Western Region Fina...
Master horseman loves this time of year
This ‘journo’ has found a happy home i...
About author