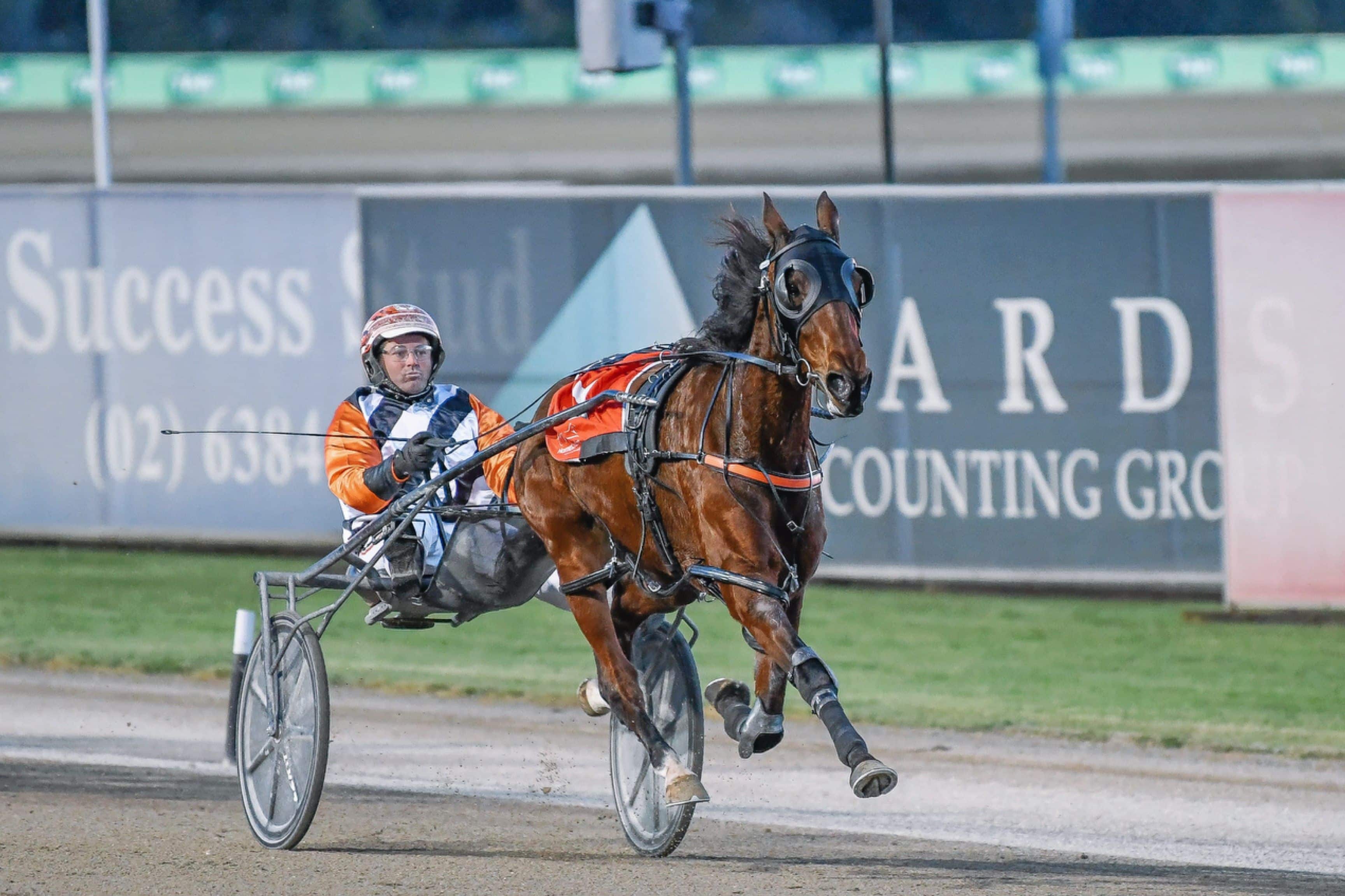 THE ONE TO BEAT AT TAMWORTH: Eye Can Run.

Clayton Harmey8 Tamworth29
OVER the years harness racing has seen a weight of numbers from bigger stables dominating races. More recently, it is very common to see...

OVER the years harness racing has seen a weight of numbers from bigger stables dominating races.

More recently, it is very common to see trainers such as Craig Cross and KerryAnn Morris with multiples runners at Tabcorp Park Menangle or Steve Turnbull and Bernie Hewitt at Bathurst.

But this afternoon at Tamworth, prominent Hunter Valley trainer Clayton Harmey has no less than seven runners in the feature event, the Modern Art heat of the NSW Breeders Challenge.

It is not unusual for Harmey to have two or three runners in a race, but this is by far his biggest multiple assault on a race.

“My team has continued to build throughout the season and I am fortunate to have such a strong bunch of well-bred youngsters in my stable who have all shown that they are worthy of chasing the big prizemoney on offer,” said Harmey.

“I don’t necessarily like to put all my eggs in the one basket.

“But, for my owners’ sake, I have them up and ready, so they get their chance to qualify [for the semis].

“It is hard to tip one of my horses over another, but all the cards have fallen in favour of Major Bob and I do think he is a star in the making.”

Major Bob has drawn barrier one today and has in-form stable driver Blake Hughes aboard.

The son of Art Major has not put a foot wrong since entering Harmey’s stables earlier this year, winning his only four starts at Newcastle.

“He has been electric since joining my stable and is excitement plus,” said the trainer.

“We gave him a spell after he won in quick succession and he has come back in great order.

“He trialled a few weeks back and ran second to Cup-class horse The Black Prince.

“I have to say, most of my runners are realistic chances while the main threat to us is The Tiger Army, who has been on fire for Kylie Barnes and Aaron Garaty.”

There are only six runners remaining in the Tiger Tara NSWBC three-year-old fillies’ heat and Harmey has two of those.

“Dollys On A Roll is owned in the same interests as Major Bob and she is a nice filly but Eye Can Run will be hard to beat,” said Harmey.