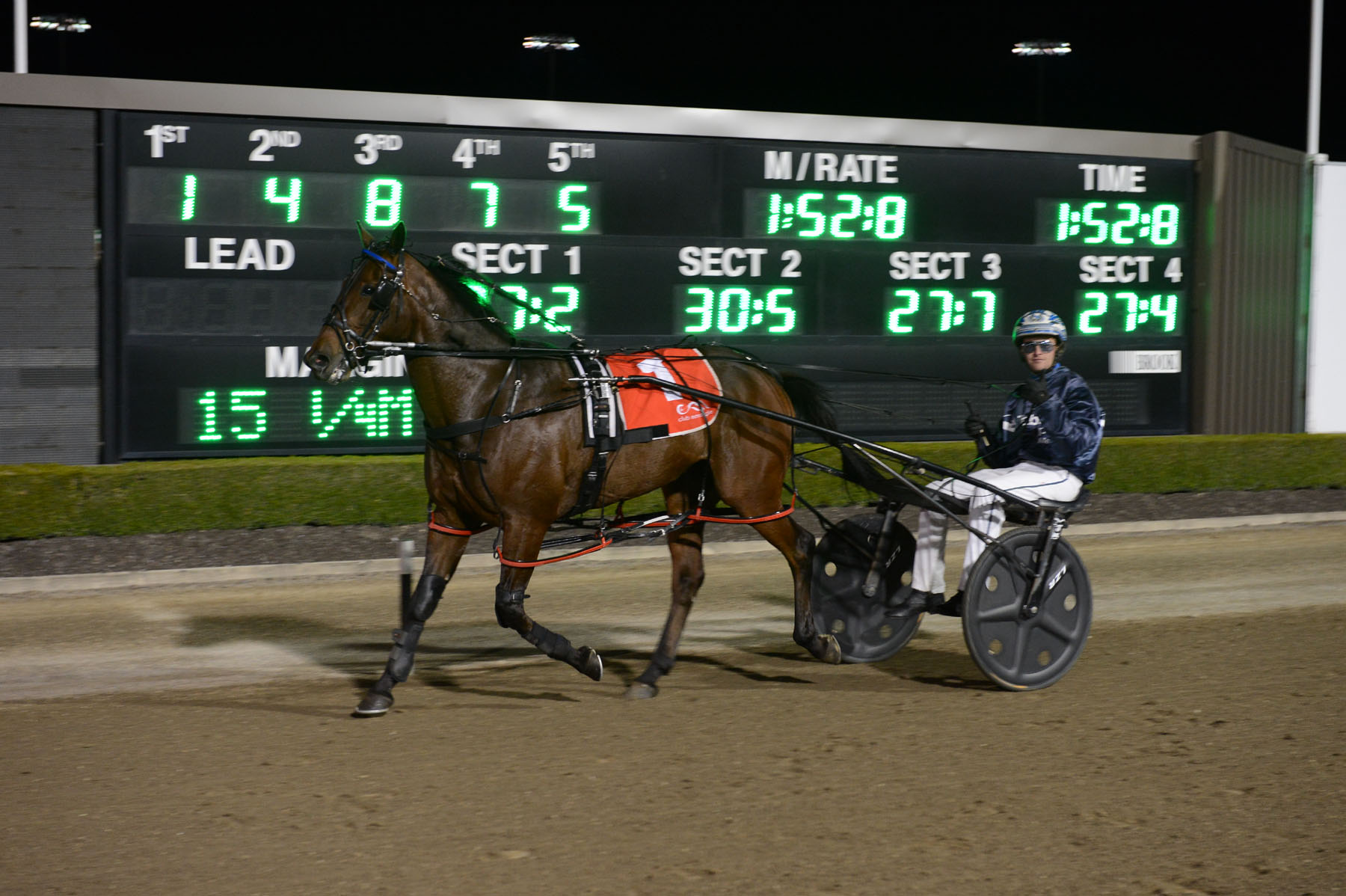 TOO EASY: Todd McCarthy wins by more than 15 metres with The Village Creep. PHOTO Chips Lett

Seven winners between them

Reinsmen Todd McCarthy and Robbie Morris shared seven of the nine winners between them at Club Menangle’s Saturday meeting.

Morris grabbed a quick-fire treble in the opening three races for trainer KerryAnn Turner while McCarthy went one better with four winners, to top the NSW Drivers’ Premiership ladder with 33 wins at the end of the Menangle meeting.

Morris guided Celestial Arden ($27.50) to victory in the opener, Charlaval ($5.90) in the next race and landed his treble with the $3.20 favourite Si Nardore.

McCarthy’s quartet of winners included Culinary Delight ($12.00) for trainer Mark Callaghan, Maorisfavouritesun ($4.80) for David Aiken and Presidentialsecret ($2.40) and The Village Creep ($11.40) – both for Craig Cross.

The Village Creep produced a career best run to clock the fastest time of the meeting in 1:52.8 seconds to give McCarthy his most comfortable win.

The six-year-old gelding finished more than 15m ahead of runner-up Banjoe to record the largest winning margin of the meeting.

The lightly raced The Village Creep made the most of his inside draw to secure an early lead.

Going into the final turn with a handy lead, The Village Creep bolted away along the home straight and had the race won with 200 metres left to run.

The only close finish McCarthy was involved in was with Presidentialsecret, racing over 2300m.

Presidentialsecret started well and had his nose in front as the field approached the home turn for the first time.

The seven-year-old gelding and eventual runner-up Macca Kelly pulled away from the rest of the field coming into the home straight.

Presidentialsecret made a dash for the line along the pegs but Jack Trainor and Macca Kelly loomed up alongside about 150m from the finish line.

Macca Kelly dived near the line but a determined effort by the son of Presidential Ball was rewarded by a short half-head winning margin.

The meeting’s other two winners were Gavin Fitzpatrick who steered home True Confessions ($3.30) for his father Paul and the James Rattray trained and driven Flaming Flutter ($3.40), which held on by a half-neck margin to win the feature race, the Group Three, Fuso Fighter Tony Turnbull FFA event.

Turnbull turns it up
Preview: Menangle September 5
Mare to bow out on high note
Jump in class
About author