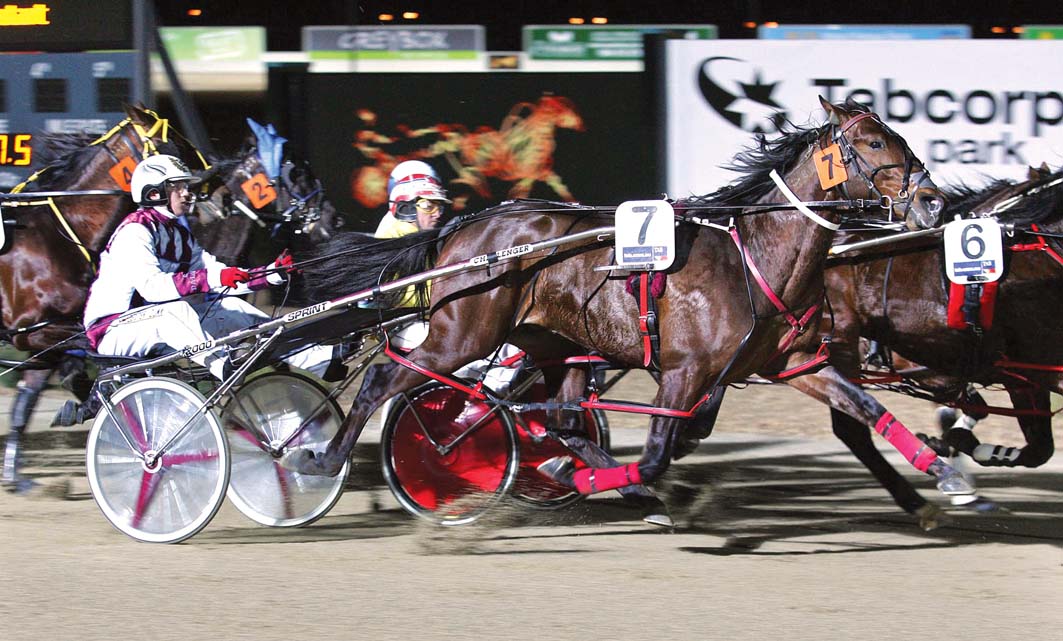 A FATHER and son broke their maiden at Parkes yesterday thanks to Smiling Sam’s eye-catching victory.

Finishing fourth upon debut a week earlier, Smiling Sam registered his initial win by leading throughout in 2:01.8 over 2040 metres.

With Matt Rue holding the reins, the two-year-old was never seriously challenged as he cruised to a soft six-metre win from Tulhurst Terror, with Trouble With Trixy a nose away third.

“He has been a handful,” Hewitt said. “A bit of work and patience has gone into him.

“I’ve been told his mum was a handful early on and that’s where he gets it from.

“He certainly has ability and I was pretty confident in his chance. Had it been over a mile I would have thought he was the one to beat, but I just wasn’t sure about the extra distance.

“In the end he handled it fine, and on that run, he should be able to pick up another win before the end of the season.”

From Sixteen Carats, which won seven of her 24 starts, the freshman is by multiple Group One winner Smiling Shard.

A resident stallion at Medowie Lodge, Smiling Shard is receiving a solid book of mares.

To celebrate Smiling Shard’s first win as a sire, his service fee is has been cut in half for short time, bringing it down to $1100.

Once the Harness Racing New South Wales’ Colonial Stallion Subsidy comes into play, the service is a bargain at $600.

Just doing what they do ‘Betts’
Only the ‘King’ will be missing at Par...
Preview: Menangle October 10
Ain’t no mountain high enough for Gemma
About author