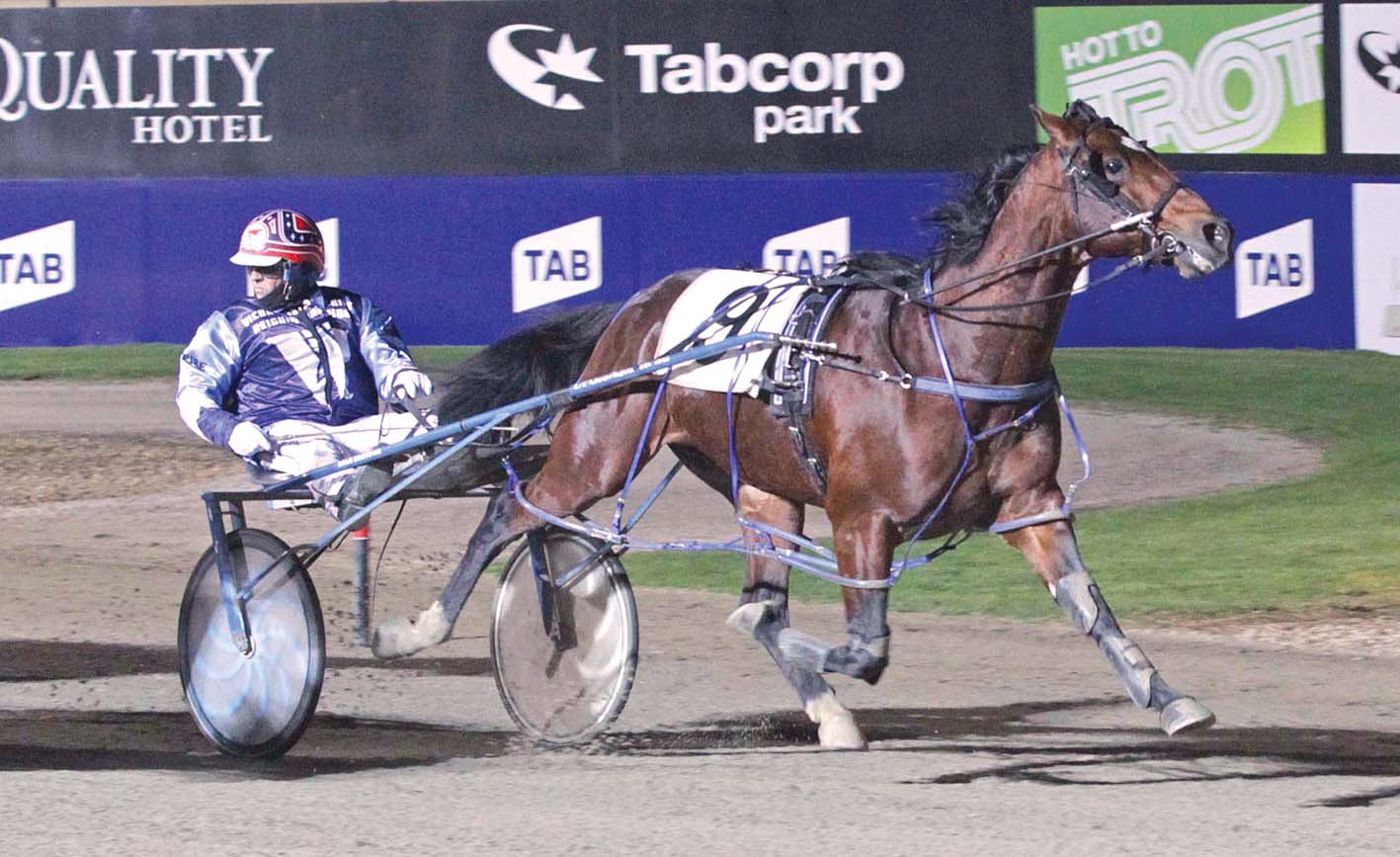 VETERAN star Lennytheshark is looking to grab a slice of history on Saturday night. Set to contest the Shepparton Gold Cup, the son of...

VETERAN star Lennytheshark is looking to grab a slice of history on Saturday night.

Lennytheshark’s bankroll sits on $2,995,085, which has him in sixth position on the all-time Australasian rich list.

Blacks A Fake, which tops the table, is the only Aussie-bred to pass $3million.

Freakish New Zealand pacer Lazarus is the sole stallion in the elite fraternity, with $3,663,438 in stakes from just 43 starts!

As for Lennytheshark, he faces a tough task in his bid to join the group after drawing the outside of the second row in his first outing for nine weeks.

“He had a good freshen-up after the Miracle Mile and is ready to go again,” trainer David Aiken said. “I wanted to give him a start at Bendigo last week, but the race was deleted.

“He had a quiet trial earlier this week instead and is feeling good.

“I’m happy enough with where he is at, but he has his work cut out for him.”

Stating his in-form stablemate Im The Boss is capable of upsetting Lennytheshark’s evening, Aiken rates Cruz Bromac as the one to beat.

Im The Boss, which has drawn barrier four, has won three of his last four starts, including the Cobram and Mildura Cups.

Returning from a 12-month layoff in terrific shape, Cruz Bromac is fresh from capturing the Warragul Cup three weeks ago.

The Dean Braun-trained gelding, which will begin from gate seven, has won two of his three return starts, while finishing second in the other.

“Im The Boss is in great form and will go well,” Aiken said. “Cruz Bromac is a serious horse on the way up and is the one to beat.”

Bullet shoots down rivals
I’ll be back says ‘Man’ of the m...
Hard work paying off for Hunter Valley ace
From winning drought to a flood of success
About author