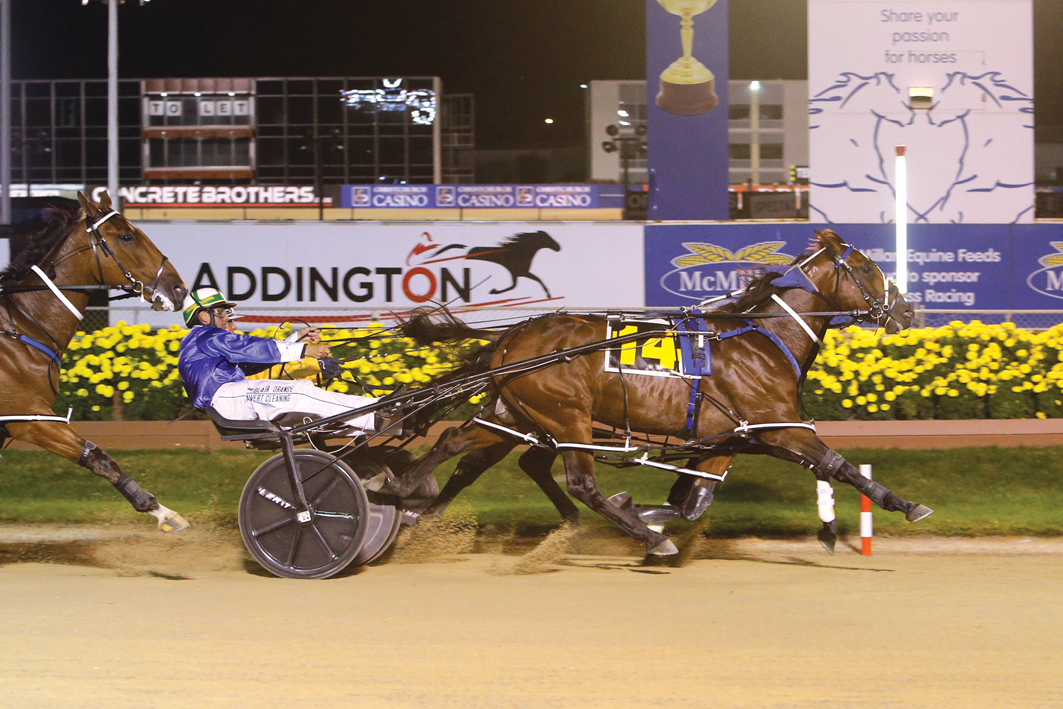 Sheriff lays down the law in Derby

NIGEL McGrath has kept his cards pretty close to his chest for most of his career, but for as long as he’s been able...

NIGEL McGrath has kept his cards pretty close to his chest for most of his career, but for as long as he’s been able to, he’s been touting Sheriff as a horse which could win the New Zealand Derby.

At Addington last night his belief was realised when the stunning son of Bettor’s Delight won the ultimate war of attrition in a staggering New Zealand record time.

For McGrath it was a dream come true, and for a moment, standing on top of the stables block at Addington – he stopped, paused and reflected on what had just unfold before pumping his fist in the air in celebration.

“It’s unreal to think I’ve just won the Derby,” McGrath declared. “I’ve said for so long that this horse could win it, but to do it like – well that’s just incredible.”

Sheriff stopped the clock at 3.05.4, well inside the previous mark held by last year’s winner Vincent by more than half a second.

Pundits will say there have been few greater harness racing spectacles in recent years than what unfolded on the Addington circuit.

It was a race for the ages…battle of herculean proportions – a race which sorted the men out from the boys.

But as he made his way down to the winners’ enclosure, McGrath admitted to being worried after seeing the way Sheriff had warmed up.

“He looked like he was off his head, he was pulling his block off,” McGrath said.

It’s probably lucky too McGrath didn’t have access to the thoughts of Blair Orange either, because at the 1000-metre mark, New Zealand’s leading driver was worried.

“I was all done going down the back I thought,” Orange said. “But he just kept finding for me and when Dexter came up on the inside of me he found again; it was a huge performance.”

After working to on the speed with a lap left to run, Orange looked left and saw the Mark Purdon and Natalie Rasmussen contingent ready to pounce.

His danger however, was on his back in Pat’s Delight and Dexter Dunn.

Dunn had given his charge every conceivable opportunity and when he hit the lead it looked set to be one of his greatest driving performances before Sheriff lifted himself off the canvas.

Sicario was a good third after working mid-race, while On The Cards was equally as brilliant in fourth.