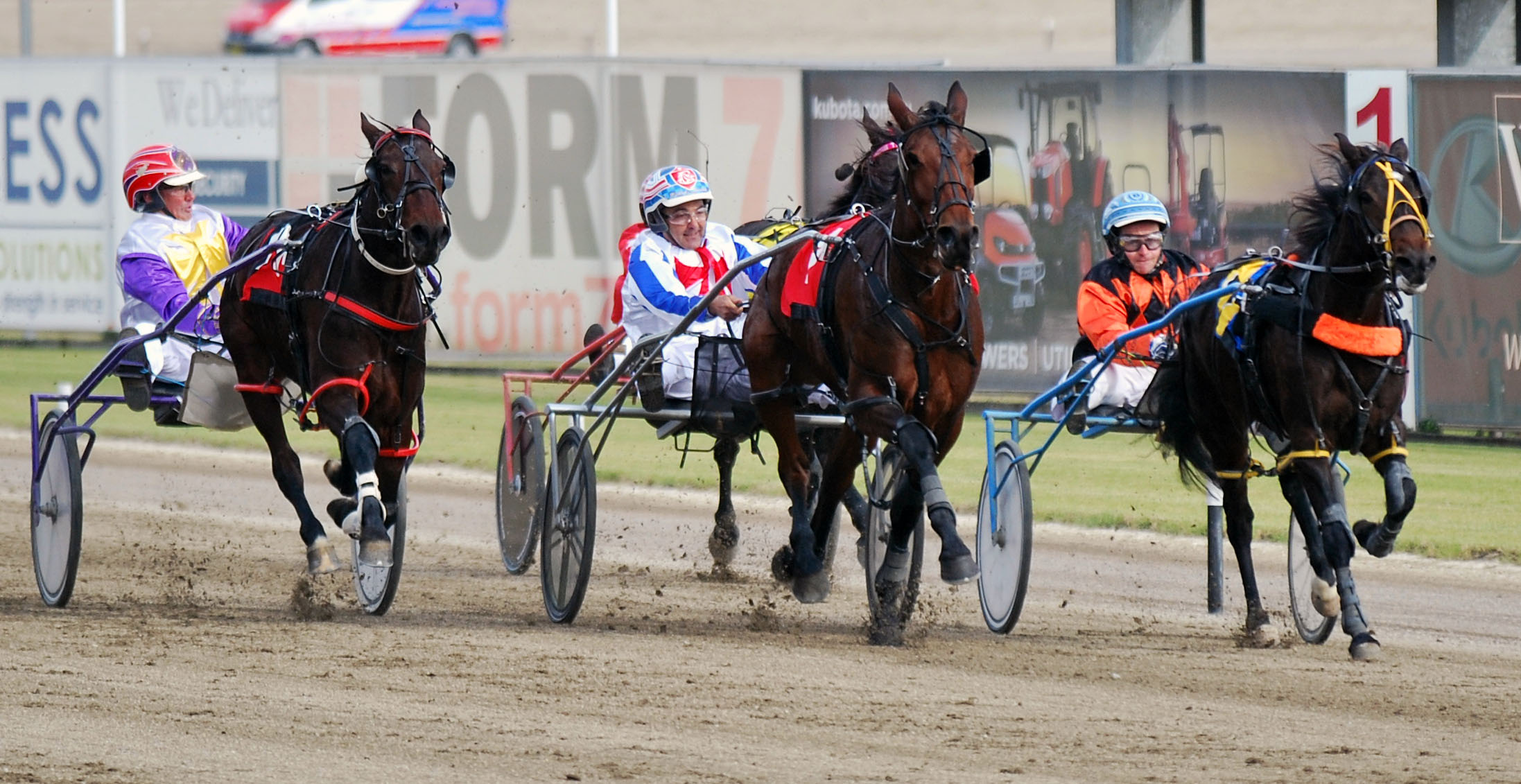 LEADING local reinsman Jimmy Douglass knocked something off his “bucket list” when he scored an amazing win with outsider Shezallapples in today’s Group One...

LEADING local reinsman Jimmy Douglass knocked something off his “bucket list” when he scored an amazing win with outsider Shezallapples in today’s Group One Alabar NSW Breeders Challenge Two-Year-Old Fillies Final at Tabcorp Park Menangle.
Despite his successes around the country, the win was Douglass’ first Group One in his home state.
And while his Victoria Derby win a few years ago was something special, the pocket rocket was over the moon to score with Shezallapples after securing a late split near the pegs to beat Rocknroll Emma by 2.9m with Im With Lexy third in a 1:53.3 mile rate.
Punters were left reeling after the David Thorn-trained youngster paid a massive $91.20 on the tote, despite Douglass’ suggestion that he seriously felt he was a great chance going into the race.
“At the top of the straight I was full of running,” he said.
“I aimed up for a big gap in the middle and then it suddenly closed.
“I then had to switch to the outside or the inside and I decided to go back to the inside and we were lucky enough to get through and when we did we sprinted really quickly.
“I honestly thought she was a hope going into the race.
“She went really well in the semi and every run she has just got better and better and David (Thorn) has been really happy with her work.
“I thought she felt terrific last start and I knew that with a bit of luck she had a great hope.
“They’re good fillies, and to run 52 – well, she’s only a two-year-old filly.
“In both heats there was a slow second quarter and both times I went back and said she’d be better if they run along and that’s exactly how it panned out today.
“This was good for Paul (Shipley), he was on this horse and was tipped out at Penrith.
“Obviously he couldn’t go on with the horse and he’s good friends with the Thorn family, so they were really happy to get him.”
The two-year-old colts’ Breeders Challenge was Bathurst-bound after For A Reason youngster Conviction scored the gutsiest of wins for Amanda Turnbull and her trainer/father Steve.
Posted in the breeze for the entire journey, Conviction fought off all challengers in the straight to beat Three Of The Best and Redbank Blaze by 1.4m in a 1:53.5 mile rate.
“It was a super tough effort. I had to go for home a bit early but he was never going to let that one past,” said Amanda after the win.
“When he heard them coming he was right and knuckled down to hold them off.”
“When he got beaten at Bathurst he proved to us how tough he really was and I learned a bit about him that night.”

Leave a Reply to Chill IT Cancel reply