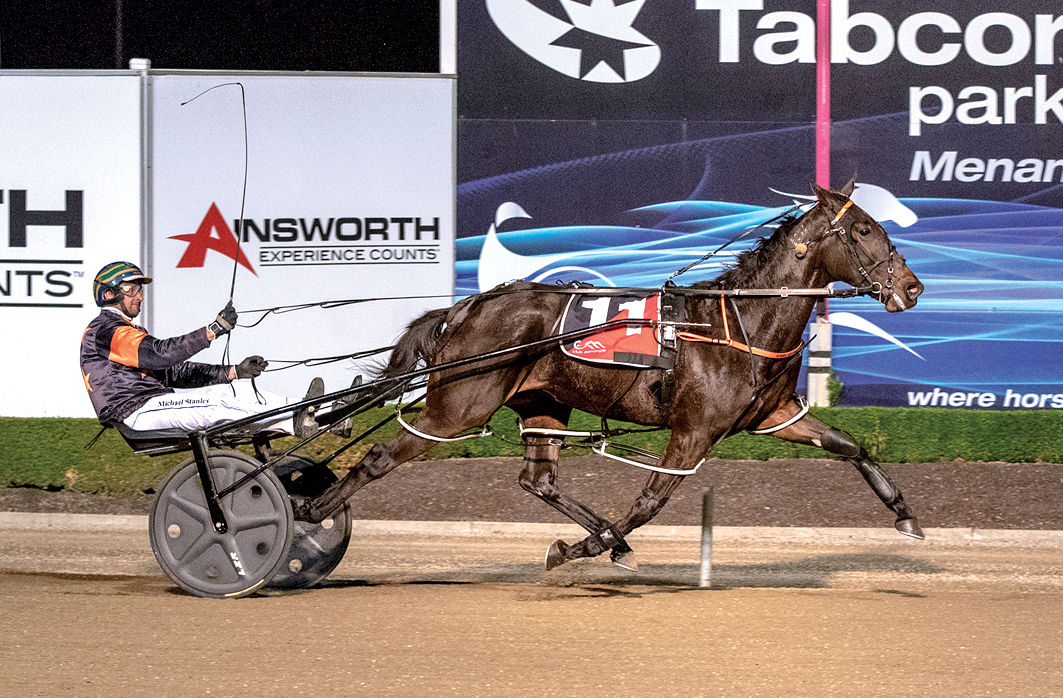 Short break before another Group One campaign

A BRIEF break before embarking on another Group One campaign is the plan with Soho Nolita. A brilliant winner of last night’s Australian Pacing...

A BRIEF break before embarking on another Group One campaign is the plan with Soho Nolita.

A brilliant winner of last night’s Australian Pacing Gold Final at Tabcorp Park Menangle, Soho Nolita will enjoy a short freshen-up before being aimed at the Vicbred Super Series.

Heats of the futurity are scheduled to be conducted on June 19, with the semi-finals 10 days later, leading into the $125,000 decider on July 7.

“She’ll have a little break now then it’s on to the Vicbred,” Stanley said. “Hopefully she can do as well in that as she has in the APG.

“After that she will have another short break before we have a look at the Breeders’ Crown in August.”

With Stanley holding the reins in the $328,000 APG Final, Soho Nolita was caught three-wide from barrier nine as Miss Halfpenny led from gate five.

With Stanley pushing forward as the pacemaker covered the first half in 55.6 seconds, Soho Nolita dashed to the lead before cruising to a five-metre win from Miss Halfpenny, with Delightful Jazz a head away third.

“That was a super run from her,” Stanley said. “She did plenty of work to find the front and won with a bit up her sleeve in 1:53 over the mile.

“She missed a bit of work because of a foot abscess before her heat, so having to run in the repechage turned out to be a blessing in disguise as she was spot on for the Final.

“I’ve thought all along she could be something special and everything she has done continues to make me think that will be the case.”

Owned by Rob Watson, the daughter of Mach Three boasts three wins from four starts for earnings of $161,700.