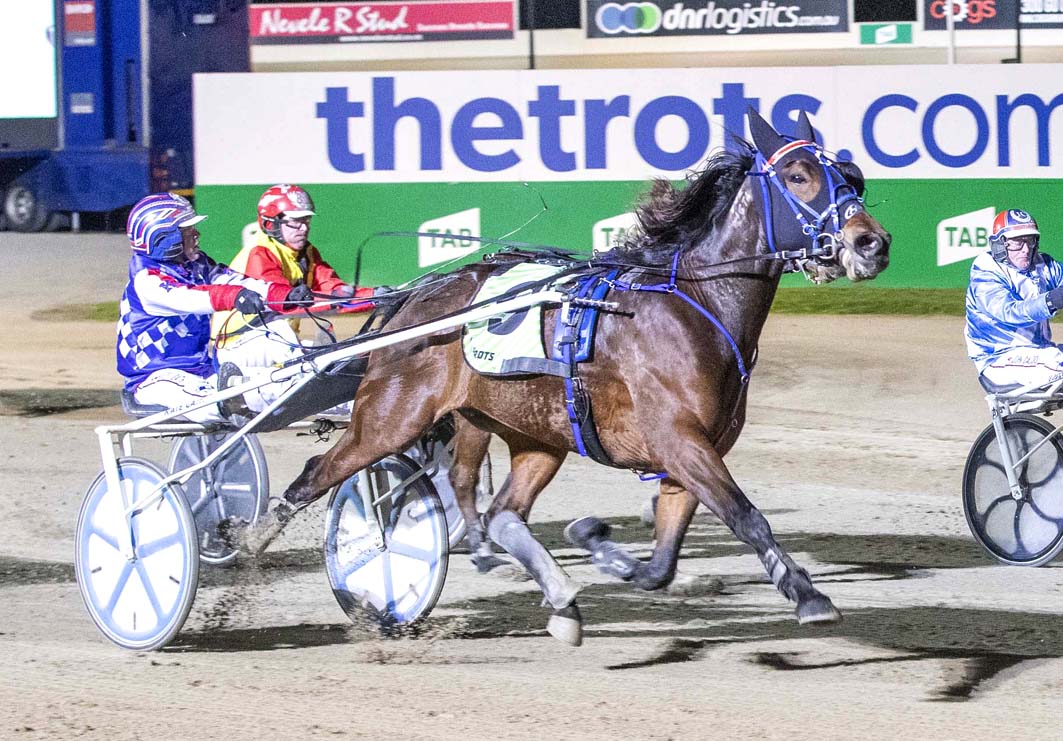 Successful in The Holmfield, Majestuoso has been set for the Victoria Trotters’ Derby which is scheduled to be conducted in Maryborough on August 4.

The Blue Riband is part of the famed Redwood program.

Given the Group One is eight weeks away trainer Andy Gath has yet to select a suitable lead-up race for Majestuoso.

“To be honest I haven’t had a really good look at the program,” Gath said. “The Derby is the next main aim with him but that is still a couple of months away.

“I hadn’t looked much past The Homfield so I haven’t got anything picked out in between.

“For now I will keep ticking along at home and see if I can find a suitable race.”

Driven by Gath’s wife, Kate, during his latest triumph, Majestuoso broke soon after the start which saw him settle towards the tail of the field from his second row draw.

Angled three-wide with 1200-metres to travel the son of Majestic Son was sent forward in search of the lead, however, Kate had to be content to sit outside the front runner, Georgias Pride.

Rating 1:59.1 over 1720 metres, the three-year-old took his record to six wins from seven starts this season.

“He made that little mistake after the start but was spot on after that,” Gath said. “He has come back a much better horse this season and the only time he’s been beaten is when he galloped.

“He’s always shown ability but last season his manners let him down.”

Owned by Norm Jenkins, Majestuoso’s tally sits on eight wins and third from 16 outings for earnings of $51,340.