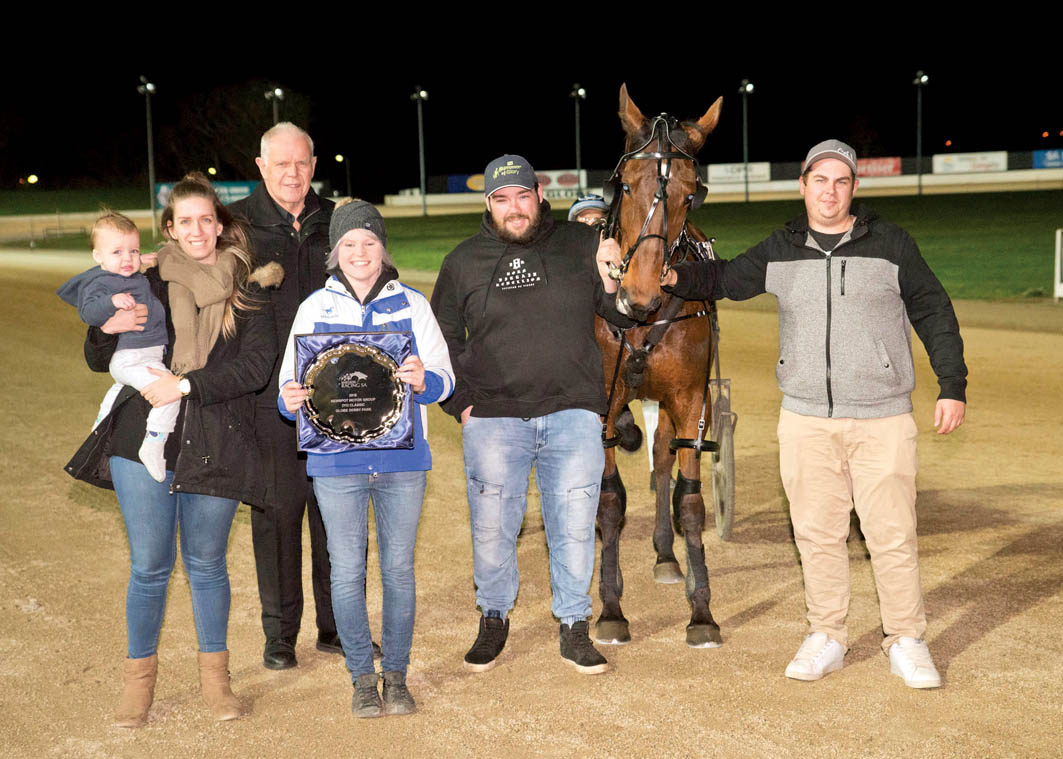 LAST night’s Globe Derby winner Soho Crucio is proving to be a shrewd purchase for her new connections. After hearing a ‘whisper’ the daughter...

LAST night’s Globe Derby winner Soho Crucio is proving to be a shrewd purchase for her new connections.

After hearing a ‘whisper’ the daughter of Art Major could be bought for the right price, South Australian horseman Chris Neilson quickly made the move to have Soho Crucio at his stable.

Since the transfer the filly has won her two starts in impressive fashion, including the Two-Year-Old Classic.

“I think she will be a fair bit of fun to be involved with,” Neilson said. “She is pretty mature for her age and should hopefully continue to get better.

“She has won both her starts for us and you can’t ask for anymore than that.”

With popular reinsman Wayne Hill in the cart, Soho Crucio showed good gate speed to lead from barrier three, with the remainder of the 1800-metre trip a formality.

“I was very confident with her as I knew she was going to be a big improver since her first run just under two weeks earlier,” Neilson said.

“Between her last run for Michael Stanley and her first run for me she had two weeks off and was only in work for about 10 days before I raced her in the Breeders’ Crown heat.

“She had an unorthodox build up to the heat, but a much better routine before this.”

Predicting the youngster will develop into a handy three-year-old, Neilson plans to give Soho Crucio one more start before sending her for a break.

“I will head over to Mildura if the race holds up try to win her Vicbred bonus,” Neilson said. “After that I will give her a long spell.

“There is no reason why she won’t come back better again after a break and more time to mature, so that’s the way I will go with her.”

Rees fires a shot over Bathurst’s big guns
Former Aussie too slick at Meadowlands
Quiet Christmas before interstate trip
There’s a few ‘smokeys’ from the...
About author