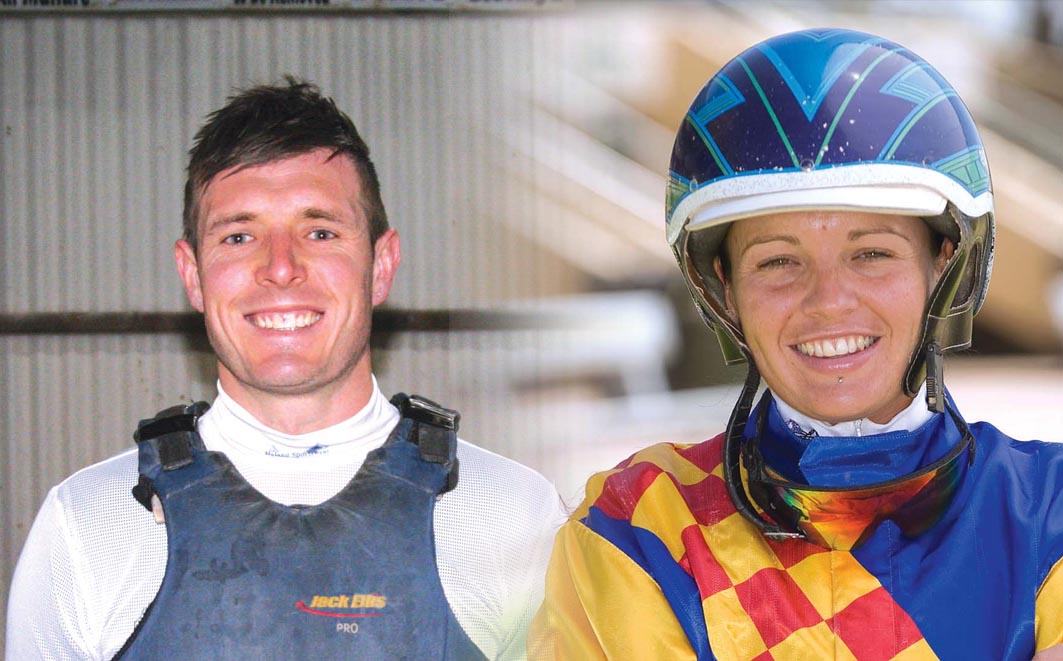 Dani Hill3 Tasmania10 Wayne Hill1
WAYNE and Dani Hill will create history when they head to Tasmania next month. Chosen to represent South Australia in the Australian Driving Championship,...

WAYNE and Dani Hill will create history when they head to Tasmania next month.

Chosen to represent South Australia in the Australian Driving Championship, the two will become the first siblings to contest the series in the same season.

Dani wore the state colours in 2015 – which also conducted on the Apple Isle – finishing second behind Queensland’s Grant Dixon.

Getting one up on his youngster sister, Wayne captured last season’s edition in front of a home crowd at Globe Derby.

“Let’s not forget Wayne only got a start last year because I was a scratching,” Dani said. “So this time I will be ready to take what is rightfully mine and that’s his title!

“My mission is twofold…obviously I’d love to win, but if the draws and breaks don’t go my way, I at least want to beat Wayne.”

Dani’s selection is a result of her status as the reigning SA Drivers’ Premiership winner, while Wayne is returning to defend his title.

Dani was successful in the 2009 Australasian Young Drivers’ Championship at Albion Park.

“I was lucky to find my way into the series as the emergency, but I made the most of my chances,” Wayne said. “Something Dani probably wouldn’t have managed to do anyway.

“It’s typical of a little sister claiming something should be theirs…she’s been doing it all her life and you’d think she would have learned by now!

“We are both pretty fierce competitors, especially on the track, so hopefully I can lob a few nice drives and keep her in her spot.”

The ADC is scheduled to be held in Hobart on Saturday, October 28 – 24 hours after Harness Racing SA’s night of nostalgia, fun and entertainment at the state’s former home – Wayville.

“We have Wayville on Friday night, then the Australian Driving Championship in Hobart the next night, so it’s going to be a huge weekend, which I’m really looking forward to,” Dani said.

Still going strong
Preview: Globe Derby August 18
NEWS just keeps getting better for ‘purists’.
One down one to go
About author