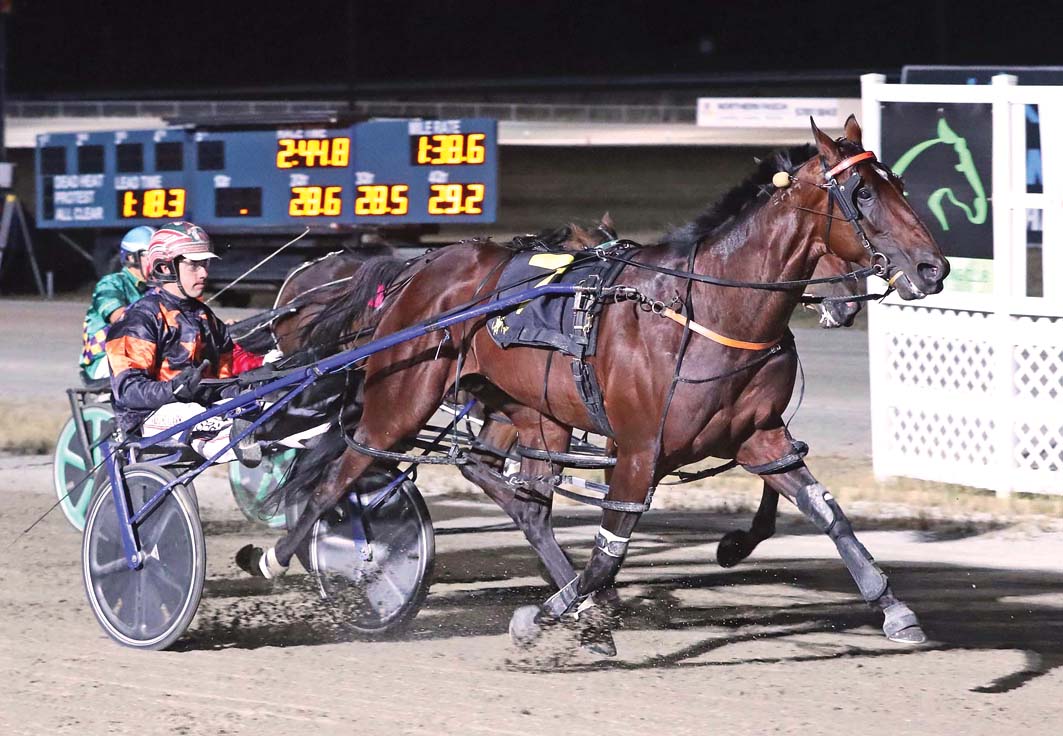 Sights set on riches over the border

PLEASED with Soho Tribeca’s return to racing at Tabcorp Park Melton tonight, trainer Michael Stanley will press ahead with plans to travel interstate.

First-up from a 10-week break, Soho Tribeca completed an easy victory in the Italian Cup after working to the lead from his second row draw.

With Stanley holding the reins, the son of American Ideal was never fully extended to score from Sams The Master and Magical Marn in 1:54.5 over 2240 metres.

“That was the first time I have driven him in a race and he felt like he was going half pace the whole way,” Stanley said. “His work at home had been terrific leading up to tonight, so I knew he was ready to go.

“After he found the front he was never going to be run down and he hit the line with plenty up his sleeve.

“That run will do him the world of good, and with two weeks before his next start, I’ll pure the work into him and get his fitness right up.”

Soho Tribeca’s next outing is scheduled to be the Len Smith Mile, which is programmed to be conducted at Menangle on July 1.

Should the five-year-old perform to expectations, Stanley will then continue heading north for the Queensland Winter Carnival.

Soho Tribeca’s targets include the Sunshine Sprint and The Blacks A Fake, which doubles as the final leg of the Grand Circuit.

“He’ll be off the Len Smith next,” Stanley said. “The main races in Queensland are also part of his preparation, but we’ll see how he gets through the mile first.”

All the Late Mail for Menangle today
French connection as trotters return to Tassie
Harjeet hard to beat…yes it rhymes!
Young becoming the King of claimers
About author