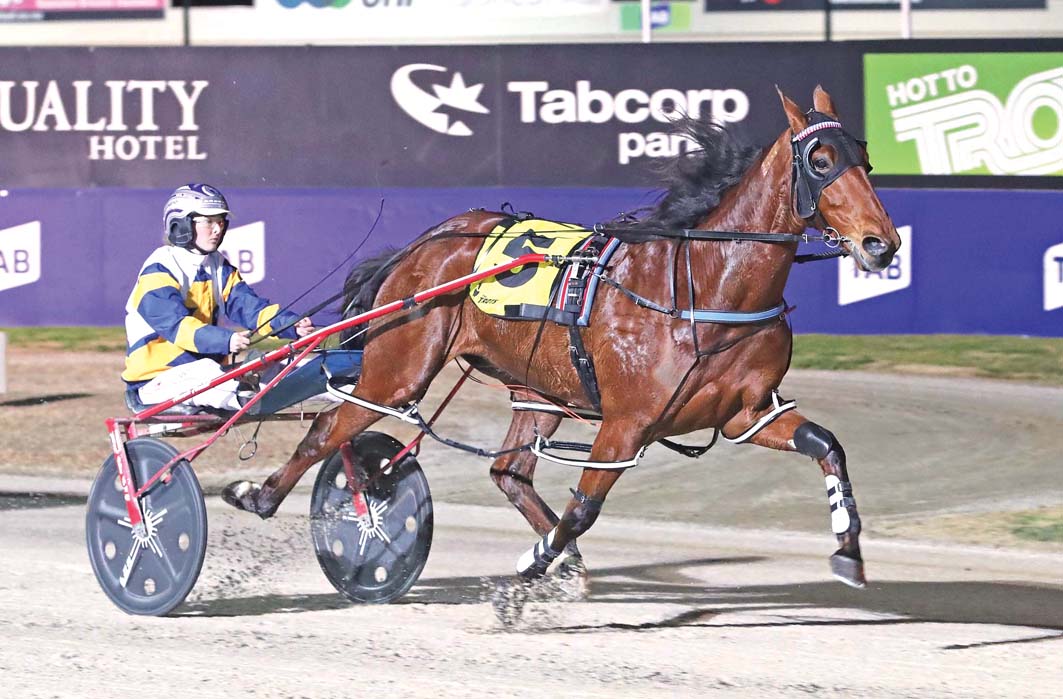 Sisters doing it for themselves

Bartley1 Beck1 Lisa1 Tabcorp Park Melton20 Victoria17
Saturday night’s Tabcorp Park meeting developed into a Battle of the Bartleys as sisters Beck and Lisa dominated the card. The siblings each registered a...

Saturday night’s Tabcorp Park meeting developed into a Battle of the Bartleys as sisters Beck and Lisa dominated the card.

The siblings each registered a double, with Lisa claiming bragging rights thanks to her entrance into a select group of drivers.

Having obtained her A-grade licence a week ago, Lisa scored at her first metropolitan drive thanks to Majordan’s effort to lead throughout.

“I only got my city licence last week, so to win with my first metropolitan drive is pretty special,” Lisa said. “I don’t think Beck did that, so I’ve got one up on her.”

After finding the front from barrier five, Majordan was never seriously challenged as he accounted for Animated and Riverboat Jasper.

“I wasn’t sure if he could lead, but once he did, I knew he wouldn’t be run down,” Bartley said. “He has won eight from 15 this season and run four seconds, so he’s doing a great job.”

Lisa then combined with the David Aiken-trained Aimforthemoon to complete her first double.

After working overtime in the ‘death seat’, the trotter scored from Taimate Success and Rock Tonight in 1:59.3 over 1720 metres.

Beck also has a reason to boast having captured her first Group win after piloting San Carlo to victory in the Vicbred Championship.

Never in danger of being beaten, the son of Mach Three rated 1:55.3 over 2240 metres to beat Bou Chard and Dont Hold Back.

San Carlo was the closing leg of Beck’s double, having won with Willem earlier on the card.

Both geldings are trained by Steve O’Donoghue.