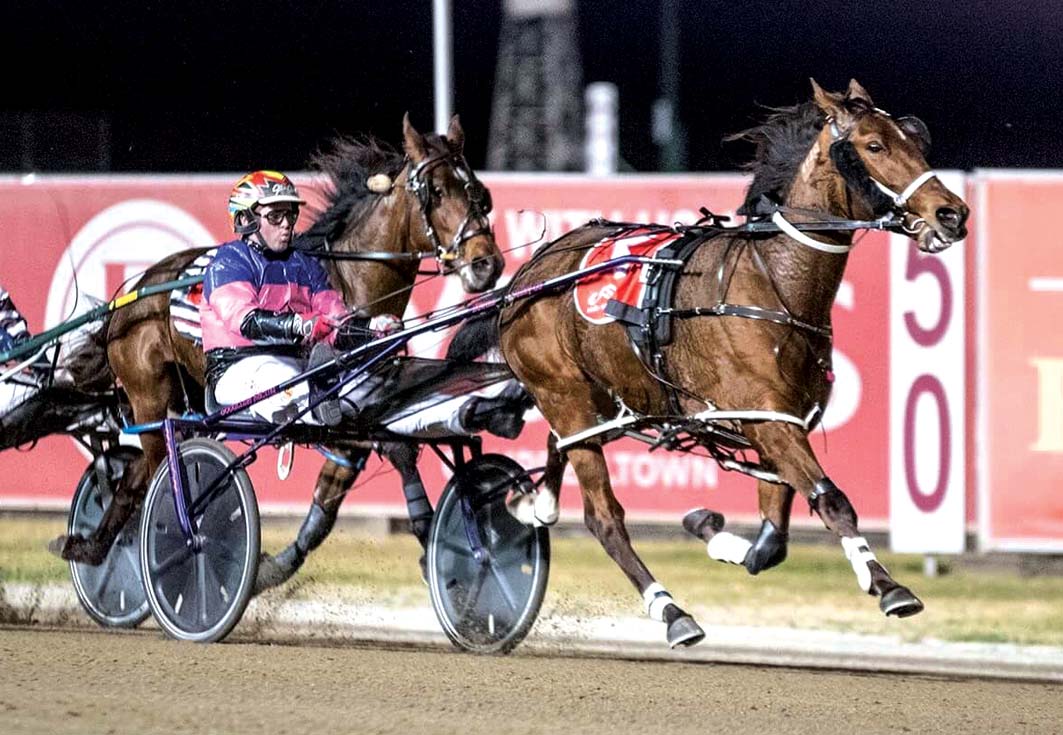 PROMISING youngster Goodtime Heaven is likely to be sent for a spell as connections consider targeting some major events later in the season.

Successful at Tabcorp Park Menangle last night, Goodtime Heaven’s immediate future will be decided after she returns to trainer Courtney Slater’s Victorian base.

“At this stage I will more than likely send her for a spell, which would make this a very nice way to finish her campaign,” Slater said.

“She will have a break soon, which will most probably be as soon as we get home. She’ll have four to six weeks off then we’ll look at some of the better races such as the various Oaks and the New South Wales Breeders’ Challenge.”

With Glen Craven holding the reins, Goodtime Heaven led throughout from the pole to account for Madame Leza and Uncle Ryan.

By covering the mile in 1:55.8, daughter of Rock N Roll Heaven stretched her record to three wins from five starts.

“Dad picked this filly as the one he wanted before heading to Sydney and came home with her,” Slater said. “She’s got a lot to learn about racing, but I’m very happy with where she is at.

“We haven’t got to the bottom of her yet, so there’s still plenty improvement to come.”