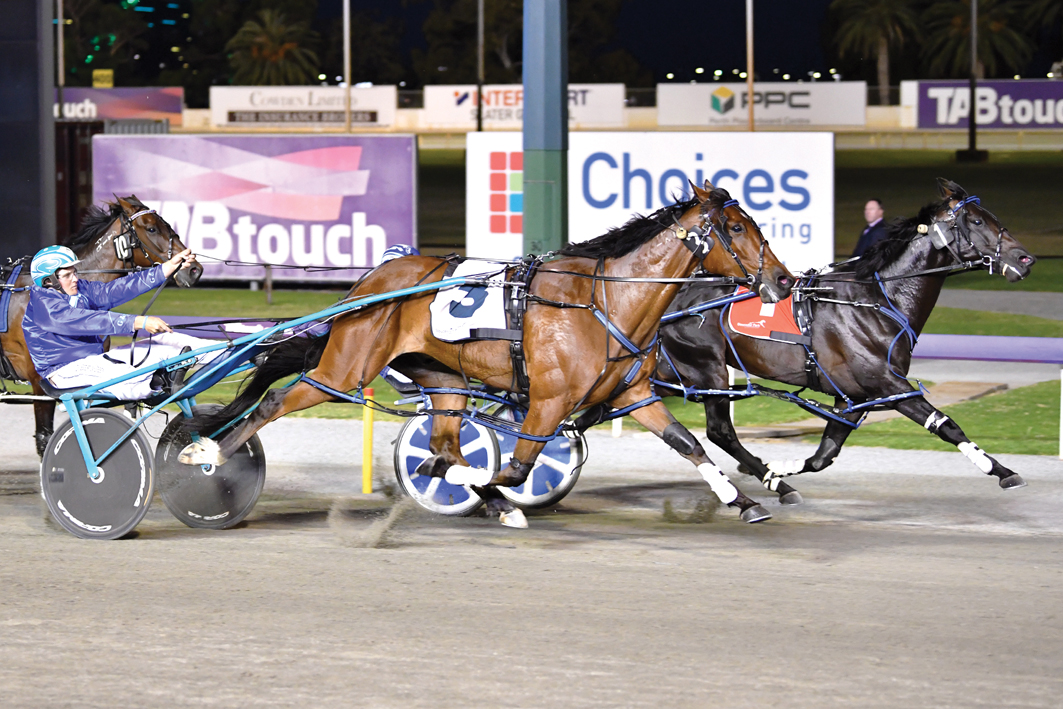 Slice of history for premier couple

PREMIER couple Greg and Skye Bond are believed to have created a slice of history at Gloucester Park last night. With six runners engaged...

PREMIER couple Greg and Skye Bond are believed to have created a slice of history at Gloucester Park last night.

With six runners engaged in the Golden Nugget, the Bonds prepared the first five across the line.

A quick search of records suggests it’s the first time a stable has achieved such a feat in a Group One.

“It was a really great result for the stable,” Greg said. “We knew we had a strong hand in the race, but to get the result we did is very pleasing.

“I do recall Gary Hall training the first four home in a Fremantle Cup one year as we finished fifth behind him.”

As expected short-priced favourite Ana Malak led home his stablemates by leading throughout with Ryan Warwick in the cart.

Able to hold the inside running from the pole, the son of Bettors Delight scored by a short half-head from a gallant Mighty Conqueror, which dug deep after racing in the ‘death seat’.

Fizzing caused a minor surprise when filling the placing at $91.40 on the tote.

“The first two are the better pair, and with all things being even, I expected them to fight out the finish,” Bond said.

“The six of them did really well and we couldn’t be happier with the result.

To be given a short break, Ana Malak will then be set for the Chariots Of Fire, which is scheduled to be conducted at Tabcorp Park Menangle on February 16.

“We will give him a little let up then heads towards the Chariots Of Fire in the New Year,” Bond said. “At this stage Mighty Conqueror may go with him as well.”