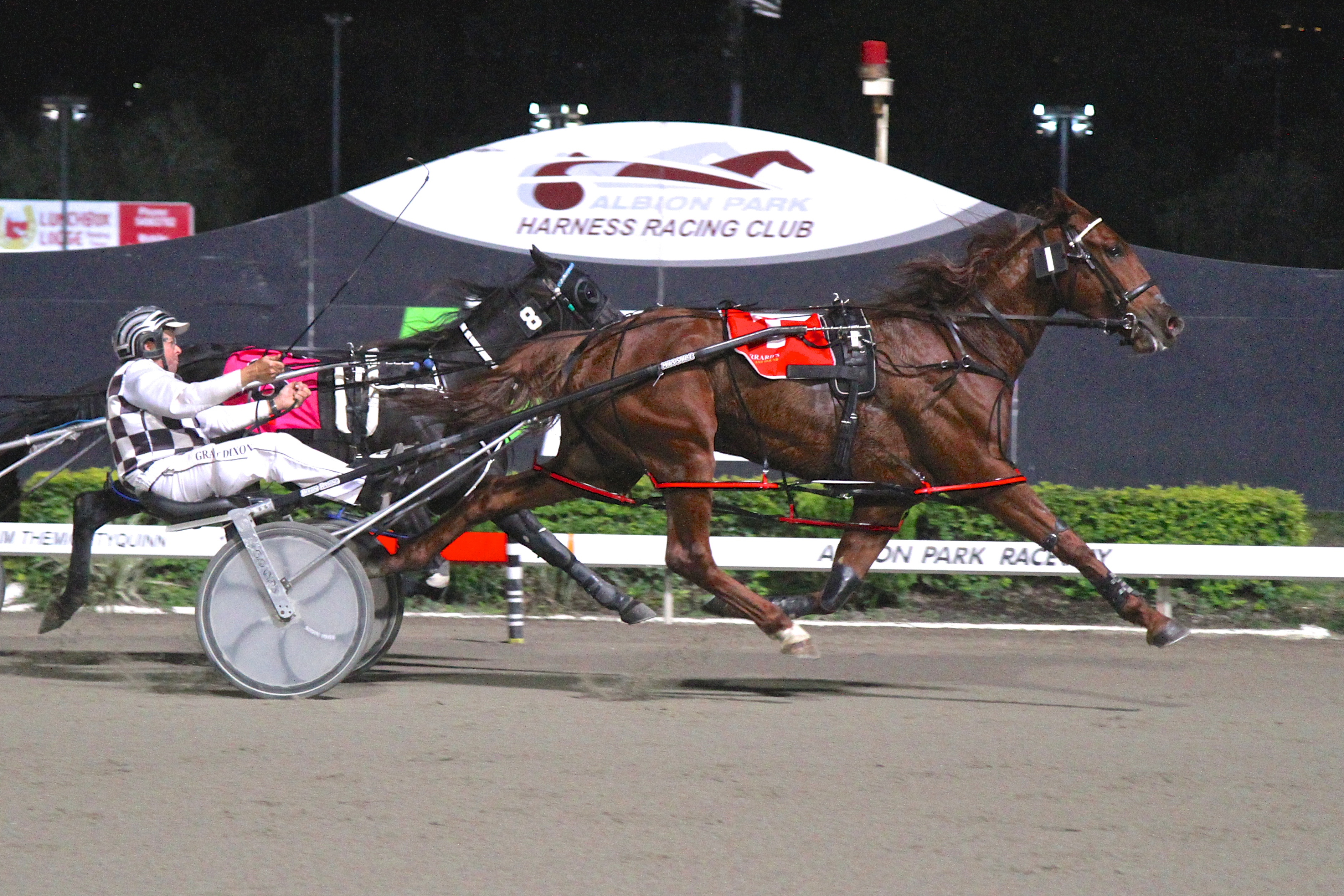 A SOLID trial at Tabcorp Park Menangle today will have Im The Smoocha in fine fettle for his racing return on Saturday night.

Sent for a spell following his win at the same venue last July, Im The Smoocha will contest the free-for-all over 2300 metres at the world class venue.

Pleased with the gelding’s progress, trainer Shane Sanderson believes this afternoon’s trial will have Im The Smoocha primed for a first-up victory.

“He’s feeling terrific, I’m very happy with the way he has come up,” Sanderson said. “He trialled well last week and will go around again today, which will do him the world of good.

“I wouldn’t normally trial him again, but given the conditions he is facing on the weekend I want to make sure he’s not too far away.”

To Sanderson’s dismay, Im The Smoocha, which boasts 10 wins and two seconds from his last 12 starts, has drawn wide in barrier 11.

Adding to problem is the six-year-old’s main dangers – Beetson and Better Than Max – have drawn closer to the pegs.

“It’s a bit of a tough ask first-up in that grade, which is why I’m giving him the second trial,” Sanderson said. “The draw hasn’t done us any favours, but if he can get a clear, even run at them, he will be hard to beat.”

Should the son of Shadow Play perform to expectation, Sanderson will embark on a Victorian campaign.

Beginning with next week’s Swan Hill Cup, Im The Smoocha will then be aimed at the Maryborough and Yarra Valley Cups.

“If races as well the week we will go down to Victoria for several country Cups,” Sanderson said. “They three Cups look like good races for him, so that’s the way I want to go.”

Plenty of Energy in the Simpson Memorial
Preview: Menangle August 28
Star ready to shine
Seven winners between them
About author