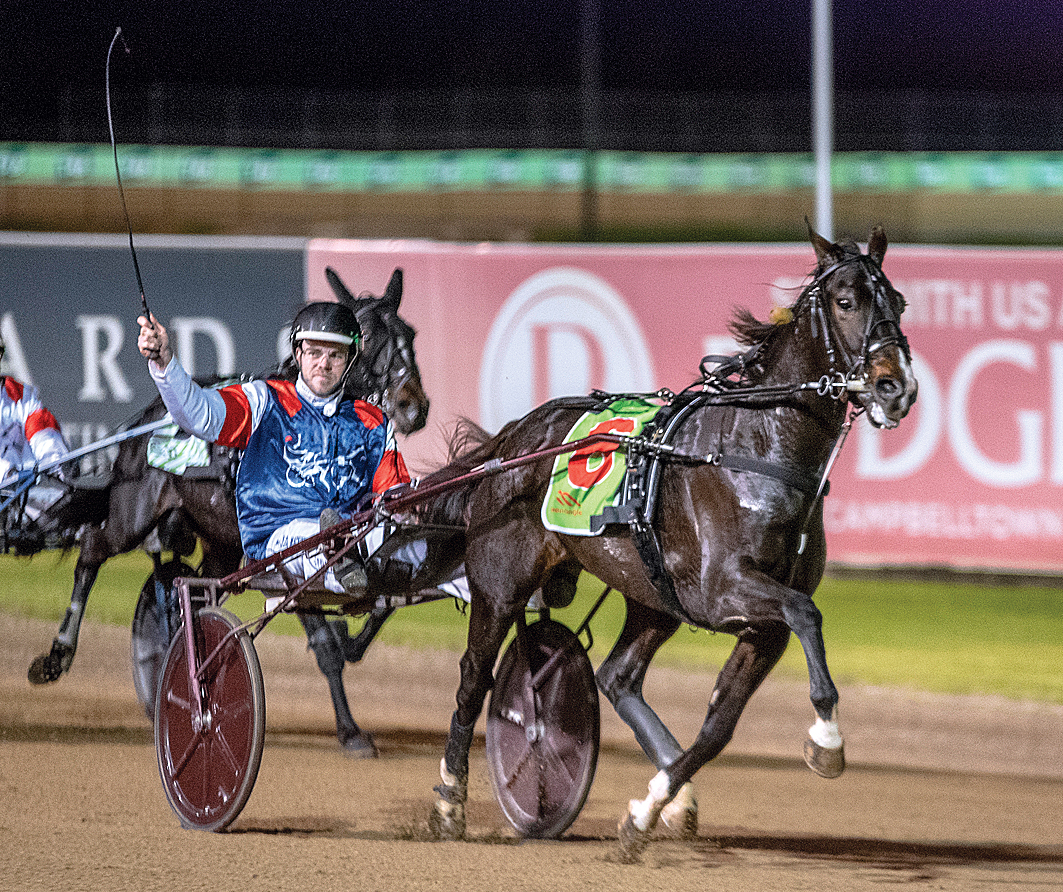 AS AN outsider Xebec was expected to encounter choppy seas at Tabcorp Park Menangle tonight, but it was smooth sailing for the youngster. Paying...

AS AN outsider Xebec was expected to encounter choppy seas at Tabcorp Park Menangle tonight, but it was smooth sailing for the youngster.

Paying $31 on the tote, Xebec proved too slick for his rivals in the New South Wales Trotters’ Derby to provide trainer Ben Aubron with his maiden voyage to the Group winners’ port in Australia.

“I’m very happy with him,” Aubron said. “I thought he could finish in the top three but I didn’t think he was a chance of winning.”

Driven by Jack MacKinnon, Xebec was eased towards the tail of the field from barrier six as All Cashed Up worked to the lead from gate nine.

Angled three-wide around the home turn, the son of Orlando Vici sprinted to a seven-metre win from All The Muscles, with All Cashed Up two metres away third.

“He had a good run and finished it off well,” Aubron said. “This is my first Group win here and I’m very happy about it.”

While no races have been earmarked for the gelding Aubron is weighing up the options of setting Xebec for the Victoria Trotters’ Derby in Maryborough on August 4.

“I will take him home and look at the program to make a plan,” Aubron said. “The Victoria Derby is an option, but that is still some months away.”