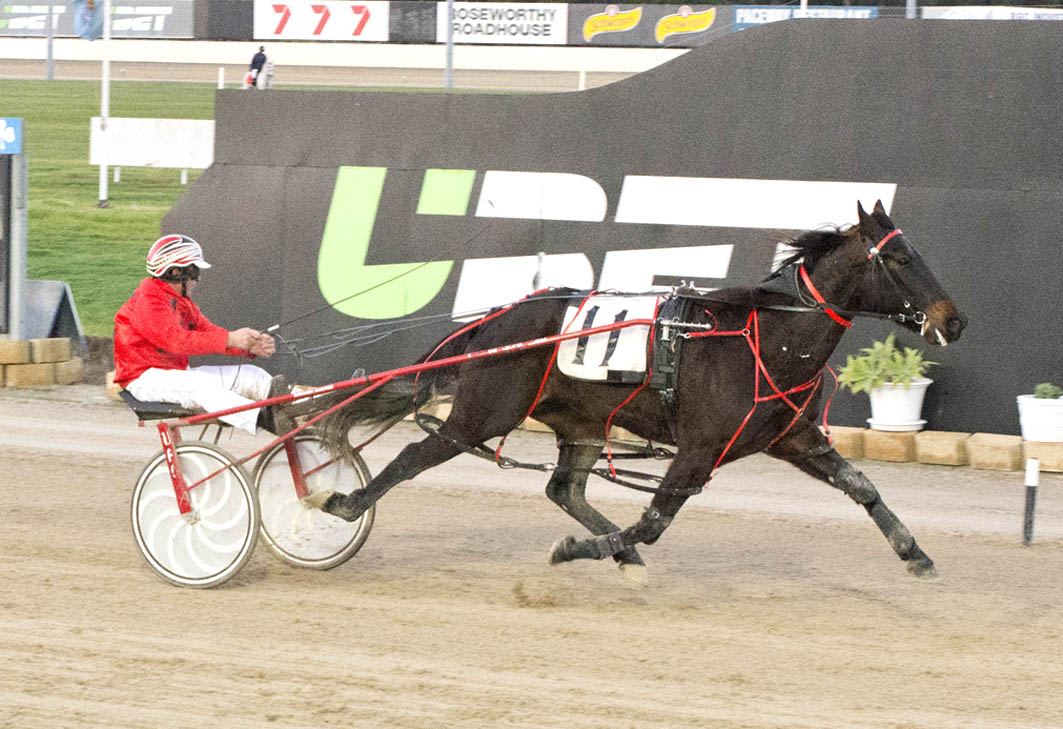 Crossing the border to join Dean Girardi last June, Lochinvar Hugo has won eight of his nine starts since his arrival.

“He is doing a great job over here,” Girardi said. “Even if he doesn’t win another race, which we hope he does, he has been a great buy.

“After racing he will also make someone a great pet as he loves nothing more than being given a pat.

“He comes up so much looking for affection his stable name here is Cuddles.”

With Girardi in the sulky during his latest win, Lochinvar Hugo gained the run of the race behind the leader from the pole after Hilltopsomewhere dashed to the lead from barrier four.

Angled into the passing lane during the latter stages, the son of Sportswriter sprinted to a metre-and-a-half win from Clarenden Valour, with Wroxton Steel a metre away third.

“That was another good run from him,” Girardi said. “I’m not always confident with him, but he manages to keep getting the job done.

“Hopefully he can keep that going in the Final in a couple of weeks.

“He also ate better than he has ever eaten up after a race so that’s good.”

Plenty of reasons to buy APG
So many reasons to be there…but here’s...
Was there ever going to be any other response?
Romantic working trip…except there’s a...
About author