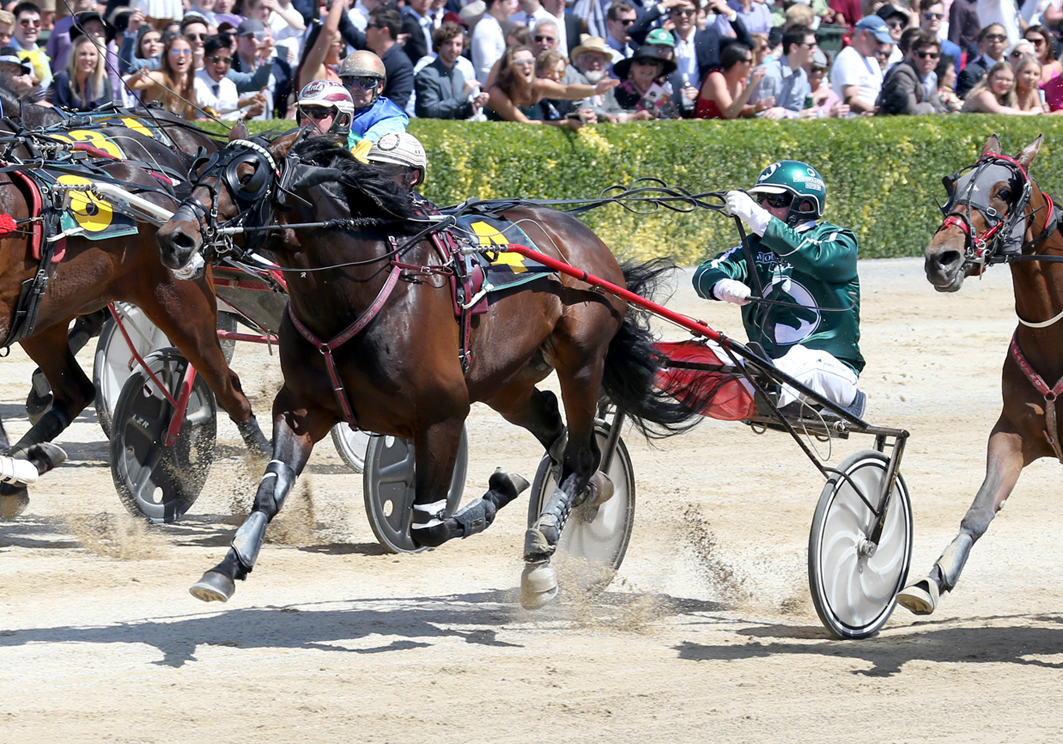 Spur to become a globe trotter

FIRST Addington, then Australia. Next, the world?

Managing owner Andrew Grierson made the surprising declaration soon after the seven-year-old won his eighth career Group One.

“At the end of the day we’ve got to look at every opportunity for the horse and let the horse do the talking,” Grierson said.

“We’ve got the Dominion on Friday, then he’ll go to the Inter Dominion in Melbourne, then probably the new race they’re about to announce at Menangle, and then there is the Great Southern Star and the Rowe Cup.

“But we’ve got to weigh up, if he’s at the top of his game, whether we go to Europe for the Elitloppet.

“We’d be silly not to look at going. It’s invite only, but I’m pretty sure they’d look at us.”

The Elitloppet, held in Sweden in May, is one of the world’s premier trotting events and has previously been contested by Kiwi trotters Special Force and Lyell Creek.

If the trip eventuates, it’s a lock that co-trainer and regular driver Josh Dickie will accompany him.

Dickie was in the cart at Addington and was simply in awe of Speeding Spur.

“It was pretty special to win today,” Dickie said. “Cup Day is our biggest day and for him to get it done today was a great effort.

“It’s hard to talk about him because he’s done so much. Just an amazing horse.”

Speeding Spur led from a handy draw over the mobile sprint trip, but was worked over by Woodstone during the last lap, and even looked like being headed on the turn.

But, like only the best horses do, he dug deep and fought right to the wire.

“I was worried about the horse outside me because he actually put a nose on me past the quarter and I just flicked him on the tail, my fella, and he didn’t really respond to me and I got a bit worried,” Dickie explained.

“Then I pulled the hood and he took off.”

Speeding Spur looked all over the winner at the furlong, kicking three lengths clear, but Woodstone kept coming and just missed by a head.

“In hindsight, that was an error of mine, going for home a little bit early,” Dickie said. “Luckily he just throws everything at it and doesn’t know how not to try in races. Even when he’s been beaten in the past, he’s still giving me 110 percent.””