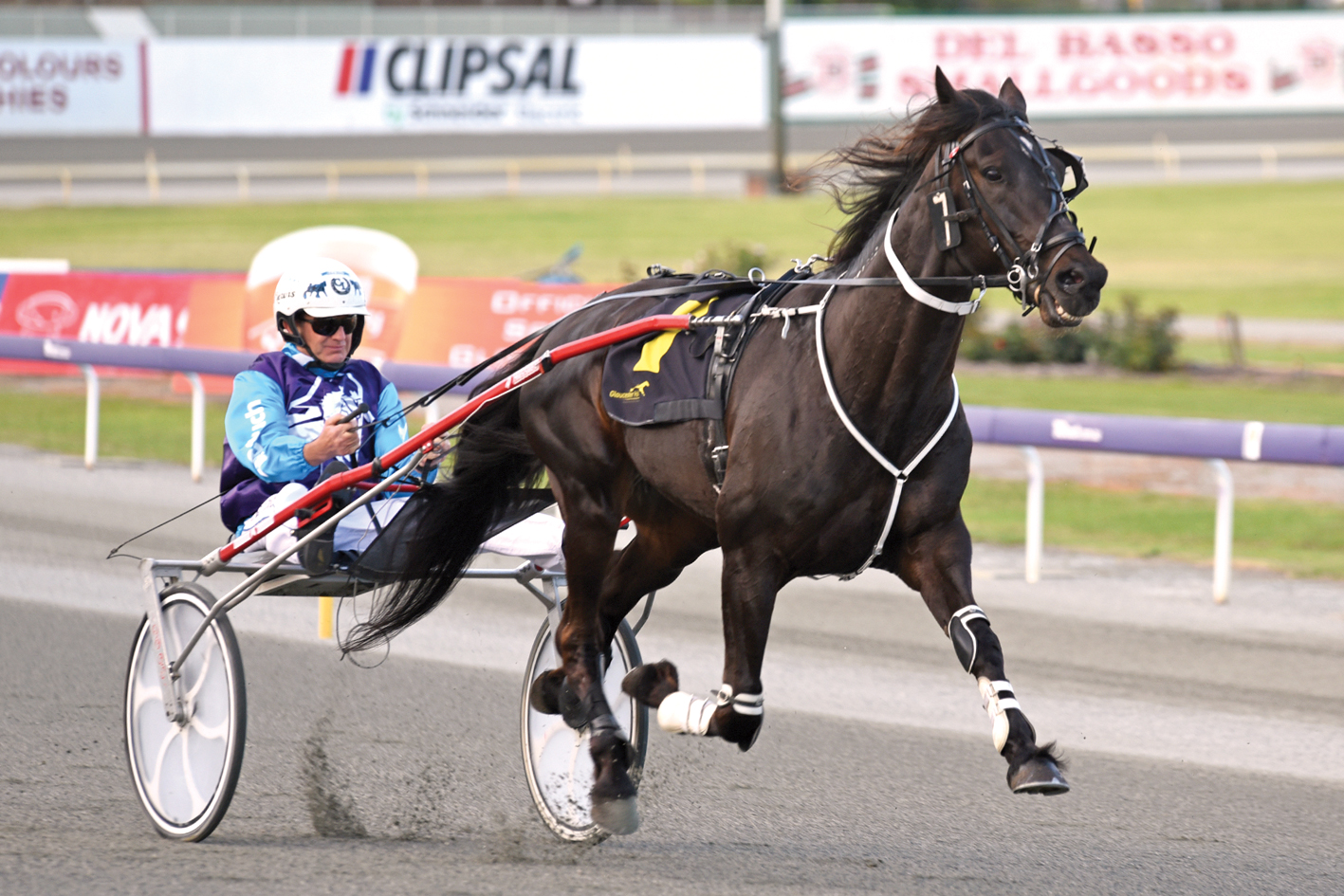 WITH purists the world over enjoying the spectacle that is Sweden’s Elitloppet, it is a timely reminder of a stallion with has a connection...

WITH purists the world over enjoying the spectacle that is Sweden’s Elitloppet, it is a timely reminder of a stallion with has a connection to the famed event which is available to Australian breeders.

Bred by Boko Stables in Sweden and purchased by Aussie owner Neven Botica, Cardigan Boko was imported ‘Down Under’ where he was sent to record-breaking horseman Chris Lang.

Before his debut, however, the trotter had to overcome an incident which should have ended his racing days before they began!

When being loaded on to a plane Cardigan Boko broke a vertebrae as a result of a freak accident.

Making a belated debut as a four-year-old, Cardigan Boko showed plenty of promise with eight wins and three seconds from 14 starts for Lang.

Disappointingly Cardigan Boko was hampered by a series of mishaps throughout his career, including a cracked pastern and a twisted a bowel.

Despite his ongoing back troubles from the vertebrae, Cardigan Boko registered 22 wins and five seconds from 38 starts, with his victories including five track records.

With Lang leaving the industry due to illness, Cardigan Boko spent the latter half of his career in Western Australia with astute horseman Clive Dalton.

“To overcome as many setbacks as he did to race as well as he did is testament to the big heart and strong will he had,” Dalton said.

“He is a sensational looking stallion, which had a great gait and plenty of ability.

“He’s got such a marvellous temperament you wouldn’t even know he’s a stallion.”

As for his life at stud, Cardigan Boko will stand for Victorian-based establishment Goodtime Lodge during the upcoming breeding season.

Complete with Hollywood looks, Cardigan Boko is the only son of Elitloppet winner Varenne at stud in Australia.

Cardigan Boko’s fee has been set at $1980 including GST, with his progeny eligible for the rich Vicbred Super Series and Breeders’ Crown.

French connection draws international interest
Two lots of four equals six!
Hetherington happy to make the 14-hour round trip
World is poorer today for the loss of such a great...
About author