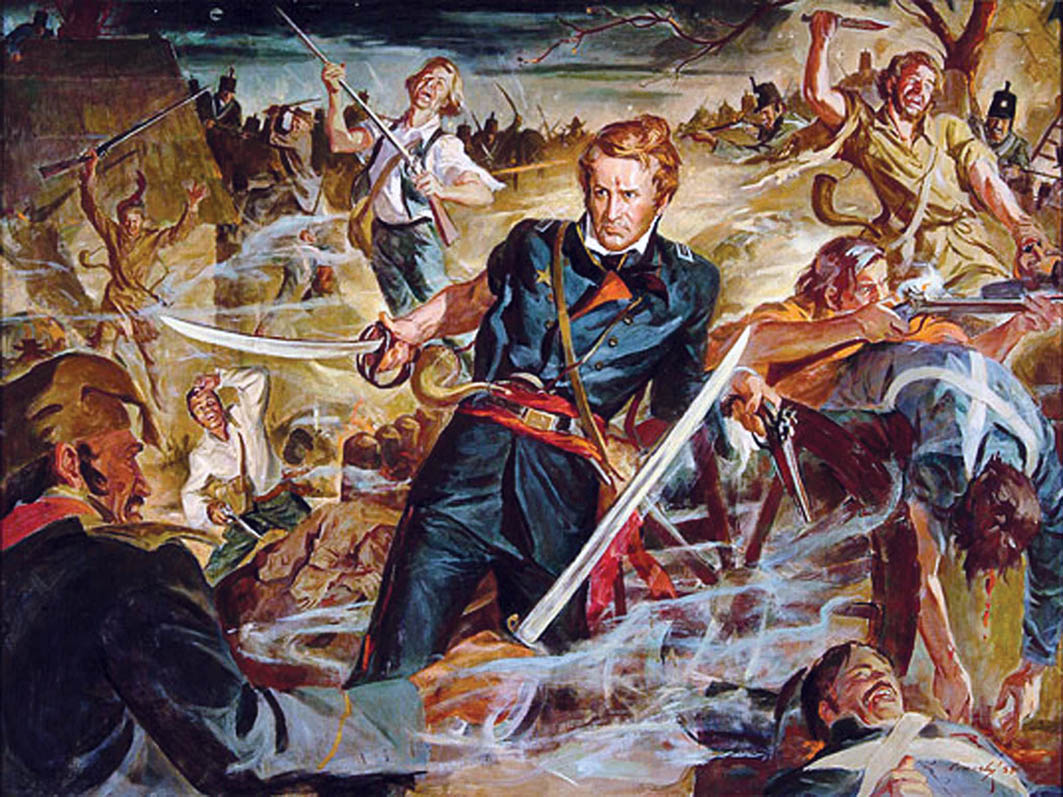 UNFAMILIAR with the fine details of the Battle of the Alamo, premier horseman Shane Tritton is probably better off not knowing the ending given...

UNFAMILIAR with the fine details of the Battle of the Alamo, premier horseman Shane Tritton is probably better off not knowing the ending given his likeness to William Barrett Travis this week.

Colonel Travis led a rabble of 184 men as they occupied the old Mission to stop the advancement and might of the 5000 soldier strong Mexican army.

The battle began on February 23 and ended in early March when Generalissimo Antonio López de Santa Anna claimed his victory.

His runner, Muscle Factory, the sole local defending the Blue Riband title against an incursion of Victorians – often referred to as Mexicans from their northern neighbours.

Each of Muscle Factory’s nine opponents in the Group One is trained in Victoria!

While Travis and company met with a gruesome demise, Tritton remains defiant with the son of Roll With Joe.

In fact, Tritton was quick to highlight an earlier raid into ‘Mexico’ when Muscle Factory blitzed his rivals in last month’s Victoria Derby.

“I wouldn’t swap him for any others in the race,” Tritton said. “We won’t be going home wondering, so they can bring it on as far as I’m concerned.

“He is in perfect order…the same as he was when he beat them in Victoria and will be ready when they come here trying to get some revenge.”

After doing the bullocking outside the leader, Hardhitter, in his heat, Muscle Factory was a game second behind Demon Delight, which equalled Smolda’s all-age track record over 2400 metres.

This Australian Pacing Gold purchase began from barrier nine in the qualifier, but has fared better in gate two this time around, with Tritton’s wife Lauren to take the drive.

“He has pulled up a treat from the weekend,” Tritton said. “I worked him this morning and he felt terrific.

“He’ll be going forward in search of the lead from two, and if he finds the front, he will give them something to catch.

“Whichever one beats him will win!”

As a Mexican, however, all I can say is Degüello!