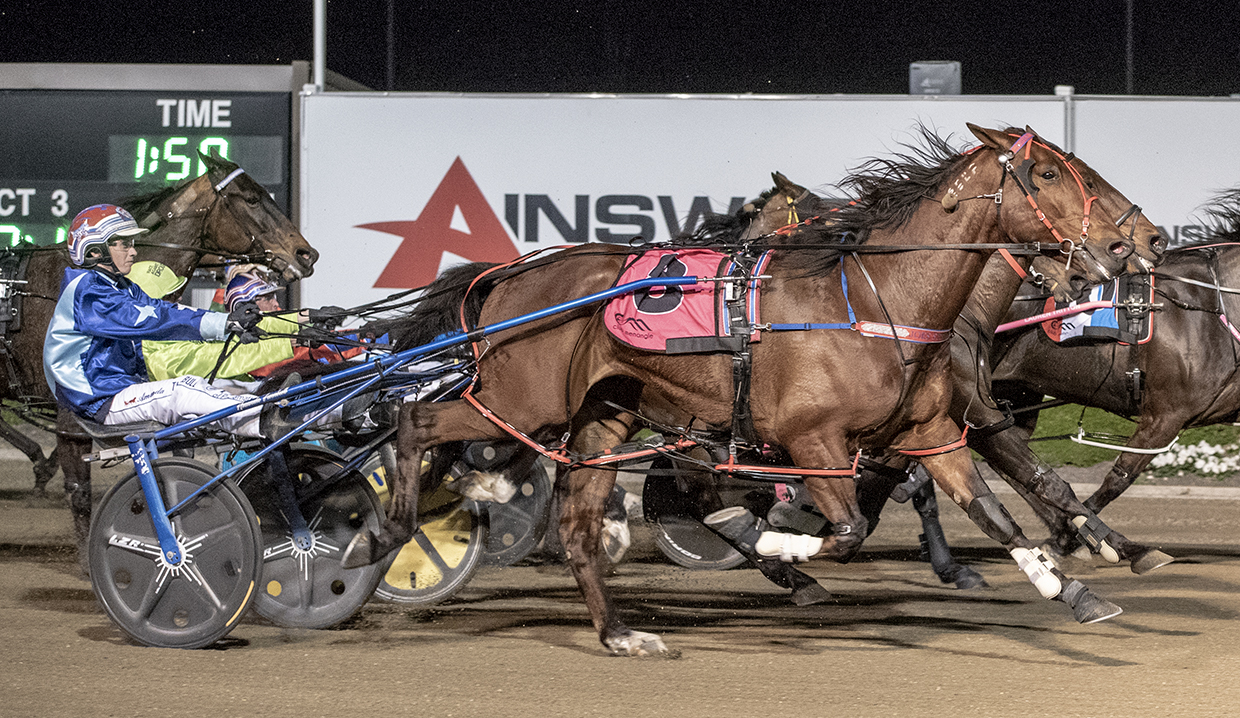 Star continues rise to the top

With Amanda Turnbull holding the reins, Joes Star Of Mia led throughout the Group Three to account for Maximan and Real Stride.

Covering the mile in a slick 1:49.3, the son of Roll With Joe stretched his season’s record to four wins and a second from six starts.

Thrilled with Joes Star Of Mia’s rapid rise to the top, trainer Steve Turnbull plans to give the five-year-old one more start before heading to Melton for the opening round of the Inter Dominion.

Heats of the prestigious Championship are programmed to be staged on December 1.

Joes Star Of Mia was listed at 25 on the third round of Inter Dominion rankings released by Harness Racing Victoria last week.

“He went enormous…I’m very happy with him,” Turbull said. “We will be pressing on for the Inter with him.

“It’s hard to beat 1:50 but he did it well. Every run he has been getting better and hopefully he can keep heading that way.”

Turnbull has earmarked one more race at Menangle for Joes Star Of Mia before heading across the border with the stallion.

“He will poke along again in a fortnight and see how he goes,” Turnbull said.

“Although I have been spacing his runs a fortnight apart, I can’t see the three heats in a week then hopefully the Final a week later being a problem during the Inter.”