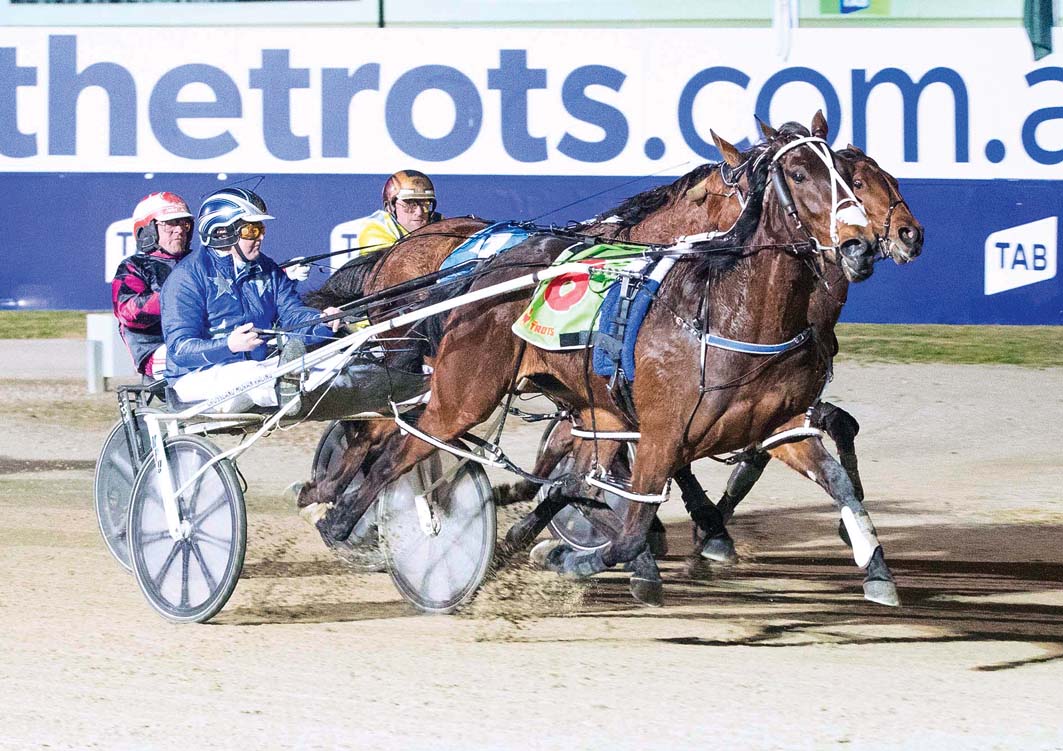 Maintaining her perfect record by capturing a Breeders’ Crown Final at Tabcorp Park Melton last night, Our Princess Tiffany is destined to return next season.

Co-trainers Natalie Rasmussen and Mark Purdon have circled several features for the daughter of Art Major including the Oaks, Sires’ and her Breeders’ Crown title defence.

“When she gets home she will go for a good break,” Rasmussen said. “She’s had a big season and will benefit from a long spell.

“Upon her return to work we will assess where she is at, but if she shows natural improvement on what she has done so far, we will be looking at the big races with her.

“That will mean another campaign in Australia.”

Driven by Purdon during her latest Group One triumph, Our Princess Tiffany was caught three-wide from barrier six before being settled outside the leader, Kualoa.

Forging her way to the front at the top of the home straight, the two-year-old completed a strong two-metre win from Kualoa, with Enchanted Stride a neck away third.

“That was a top run from her,” Rasmussen said. “She has done the hard work and was still able to come out on top.

“She’s seems to be pretty smart and should develop into a very nice three-year-old.”

Rating 1:55.3 over 240 metres, Our Princess Tiffany provided Purdon with the second leg of a double having combined with the Regan Todd-trained Our Show Gait during the previous race.

After enjoying the perfect one-one trip, the daughter of Majestic Son accounted for Moonshine Linda and The Great Redeemer in 2:01.2.

Owned by Cheryl Rasmussen, the trotter stretched her record to six wins and a third from 12 starts for earnings of $109,705.