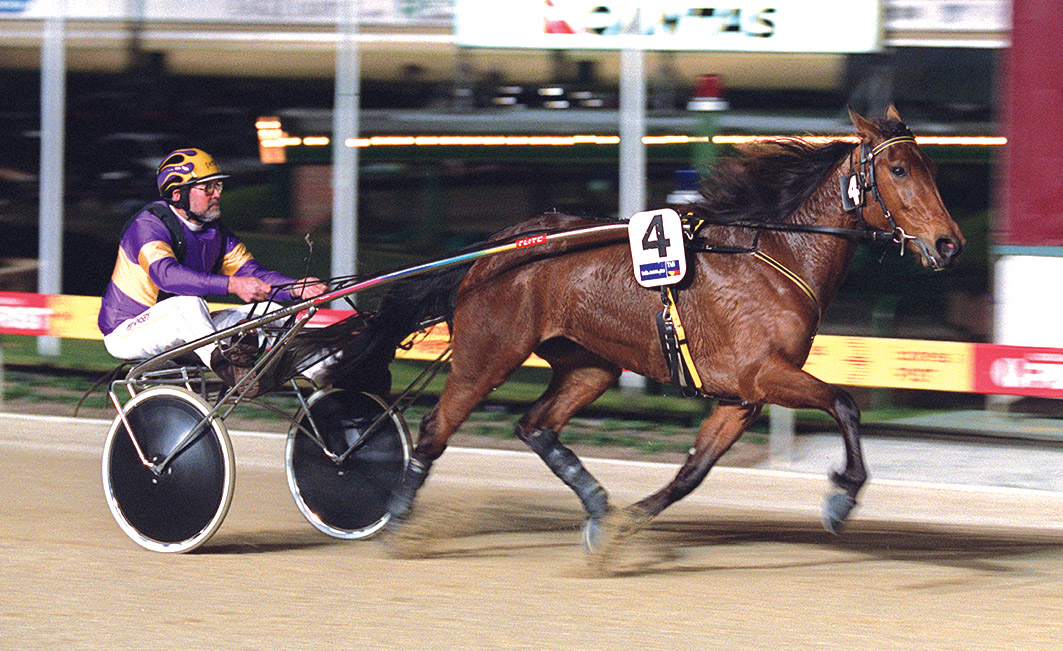 DURING the Mares Month of May, which included the Mares’ Triple Crown at Tabcorp Park Melton, www.nationaltrotguide.com.au produced several features on some of harness...

DURING the Mares Month of May, which included the Mares’ Triple Crown at Tabcorp Park Melton, www.nationaltrotguide.com.au produced several features on some of harness racing’s leading ladies.

Proudly supported by world-renowned breeding establishment Alabar Farms, the articles focused on champions such as Robin Dundee, Gramel, Make Mine Cullen and Sumthingaboutmaori, which will be honoured at the venue on Saturday night.

While going through our files this week, it was discovered one article slipped through the cracks, so as a late testament to the top mare here it is…enjoy!

NUMEROUS articles reliving the careers of some champion mares as selected by our panel have been published during the past few weeks, but this time it is “dealer’s choice”.

Limited to just 17 starts, Zesta achieved more than most trotters – and pacers – do in extended careers.

Bred, trained and driven by Peter Hornsby, the squaregaiter thrilled onlookers during the early 2000s, especially in 2002.

In what was a dominant three-year-old campaign, Zesta was unbeaten from nine starts, with her victories including three Group Ones.

As impressive as that sounds, the manner in which the daughter of S J’s Photo won was nothing short of arrogant.

With a win and three placings from five starts during her debut season, Zesta returned from a six-month break in sensational form, scoring first-up by seven-and-a-half metres.

During her next eight outings, the filly’s average winning margin was 10 metres!

That includes the Breeders’ Crown Final by 34-and-a-half metres.

As dominant as she was that feature, it is Zesta’s Victoria Trotters’ Derby triumph which rates as her greatest win according to Hornsby.

“Her Derby win on Redwood Day was by far the biggest thrill for me and her best win,” Hornsby said. “Although she hadn’t been beaten as a three-year-old yet, she wasn’t expected to win against New Zealand’s best.

“But she came out and showed them how it was done on the day.”

Sent for a spell after her Crown triumph, Zesta was given just three starts – all wins – as a four-year-old before Hornsby elected to retire the mare.

“To me she didn’t have to prove anything more,” Hornsby said. “The handicaps were going to get bigger so I retired her.

“I bred, trained, drove and shoed her, so to have her be so good was a huge reward.

“Sadly, what she did is just about forgotten, but I think she should be considered one of the best.

“Because she was by frozen semen she wasn’t eligible for the Sires’ Stake, but if she was, I have no doubt she would have won that too.”

To Hornsby’s heart ache, Zesta died earlier this season having failed to emulate her racing feats in the breeding barn.

“I got four foals from her for four winners, but she never really bred on as I would have liked,” Hornsby said.

“In the last few years she wasn’t able to carry a foal so she had embryo transferred foals.

“She died last September, which was a sad loss, but I was lucky to have had her.”