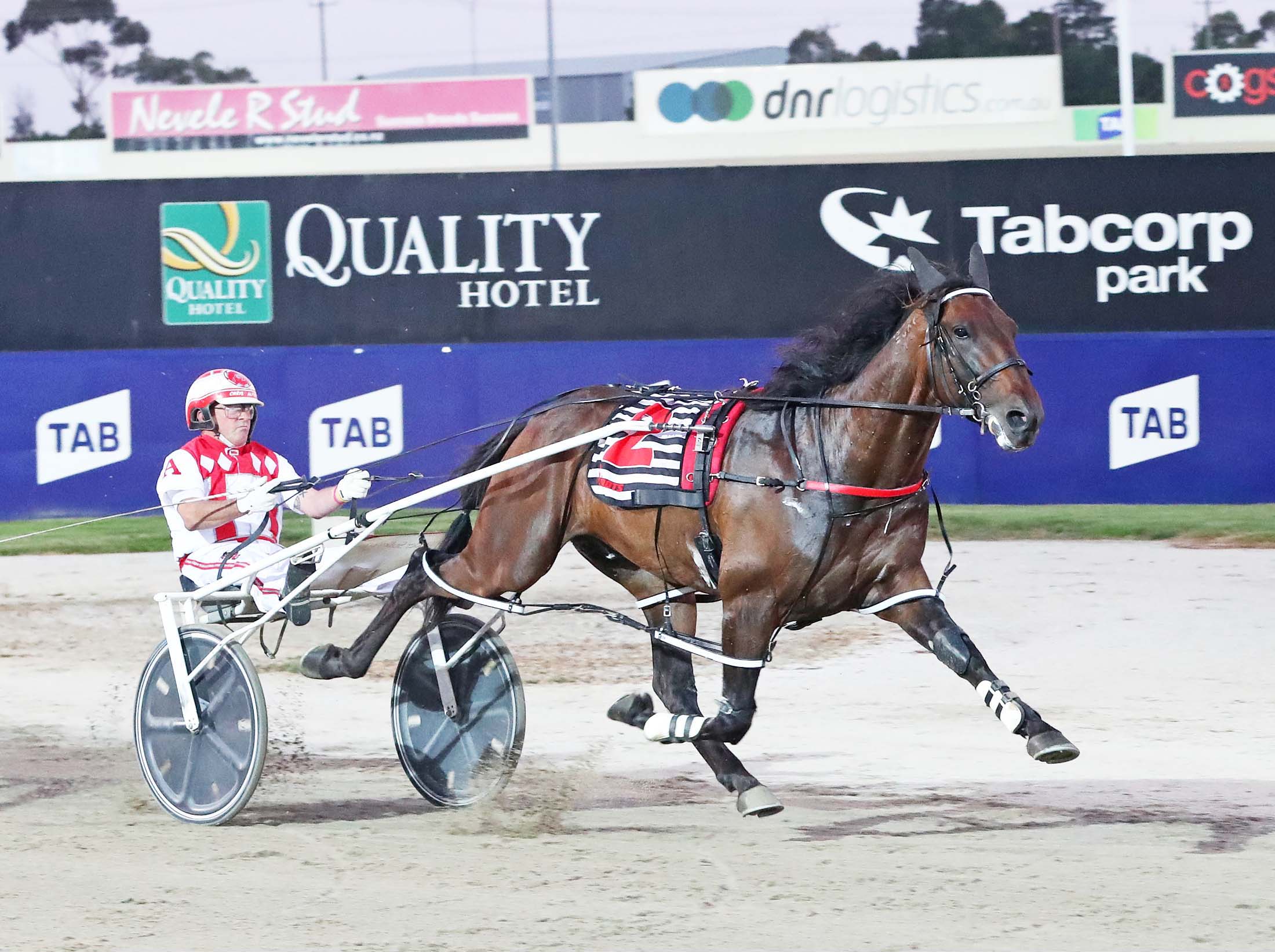 Stars Align in time for victory

CLASSY four- year- old Stars Align wasted little time finding the winner’s stall for new trainer Alison Alford when he led all the way at Melton last Friday night.
Sent out a prohibitive $1.04 favorite, Stars Align comfortably strolled to the early lead from his favourable front row draw and held off a brief challenge in the home straight from Mar Nien to score by four metres with Hickstead three metres away third.
Alford’s husband Chris, who was in the sulky, said the winner was inclined to slightly lose concentration in the concluding stages.
“He was a bit dorky in front,” Alford said.
The son of Art Major arrived at the Alford stable last week after his previous trainer Dean Braun was disqualified for 12 months by Queensland Racing Integrity Commission Stewards earlier this month.
Alford said Stars Align was in need of the run.
“He hadn’t had a start for three weeks and he got stuck in the fence the day he was due to leave Dean’s place so he has missed a bit of hard work,” he said.
Alford indicated Stars Align would tackle Sunday’s $30,000 Charlton Cup.
“He will go to Charlton and we’ll look at other country cups options but his main aim is the Vicbred and the Breeders Crown,” he said.
“He is a nice horse who only finished a metre behind Jilliby Kung Fu in the 4YO Bonanza.”
* Earlier in the night talented reinswoman Lisa Miles launched early claims for Drive of the Night accolades when she steered Tiavons Dream to victory in the opening event at Melton last Friday night.
Miles managed to ease Tiavons Dream into the running line from his outside front row draw settling two horses back over the 1720 metre sprint trip for the trotters.
Miles elected to keep her place in the one-out line in the back straight making ground between horses before pulling into the clear around the home turn and the seven year old loomed ominously on straightening.
Tiavons Dream ($4.80) finished resolutely down the centre of the track to score by four metres from The Majestic with Its Not Dark Yet five metres away third.