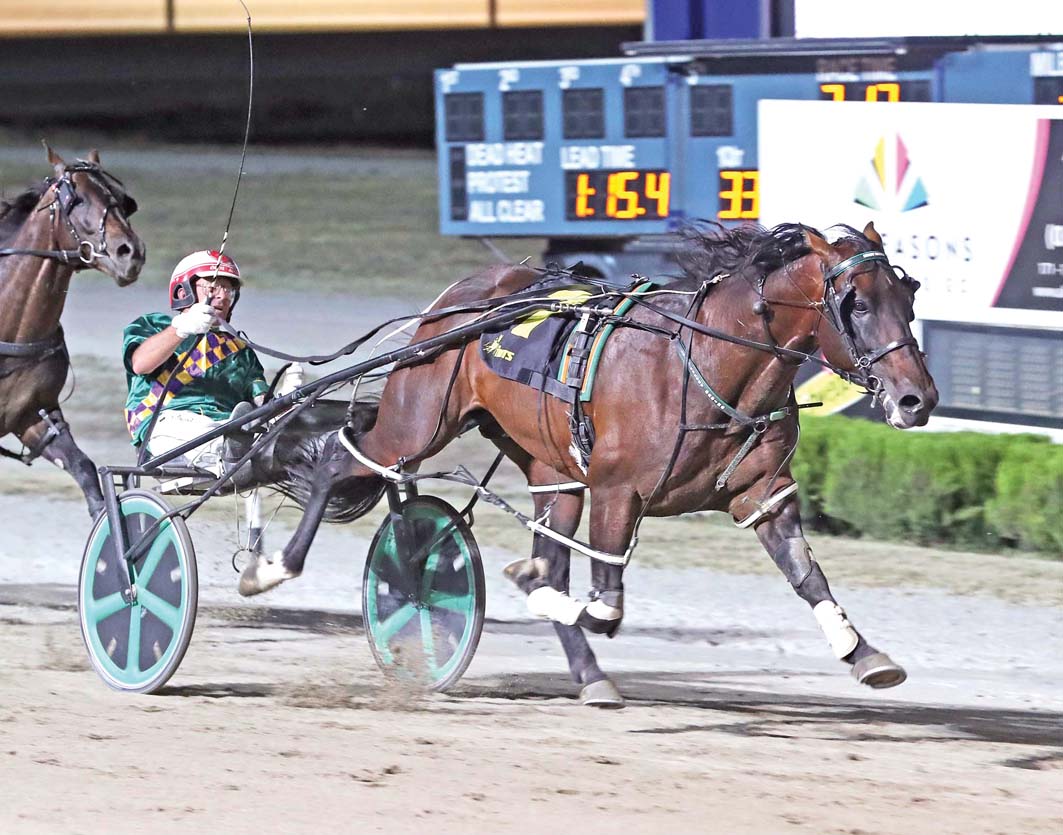 Making his debut for Maree and John Caldow, Messerati produced an eye-catching performance to score at Charlton.

Driven by John, Messerati began well from barrier six, but was checked soon after the start by a galloping rival, which saw him settle towards the tail of the field as American Tiger led from barrier two.

Angled three-wide during the middle stages, Messerati was checked a second time when the pacemaker galloped at the bell.

Despite covering “more ground than early settlers”, the gelding had the audacity to race to the front along the back straight before scoring by two-and-a-half metres from Gotonebetter, with Holidays four-and-a-half metres away third.

“It was a pretty good run given the circumstances,” John said. “He was checked twice and could have easily gone off stride and galloped on both occasions, but kept his mind on the job and stuck to it.

“We’re pretty happy with his run.”

By Art Major from the Caldows’ grand producer Mesmerzing, the two-year-old is the younger sibling of top pacer, Messini.

Whether he can match his brother remains to be see according to John.

“He’s got to keep improving a fair bit yet,” John said. “His trials have been nice enough and he has done everything right so far, so he is heading in the right direction.

“At this stage there is nothing in particular in mind for him, but if he can keep improving, he is eligible for Vicbred and Breeders’ Crown later in the season.

“If he can end up half as good as his brother we’ll be very happy.”

THE ‘SWING’ WHO WOULD BE KING
David’s happy to be bringing Uptown Lad back...
Bathurst stable setting the pace
Formosa hoping his third win will be his first
About author